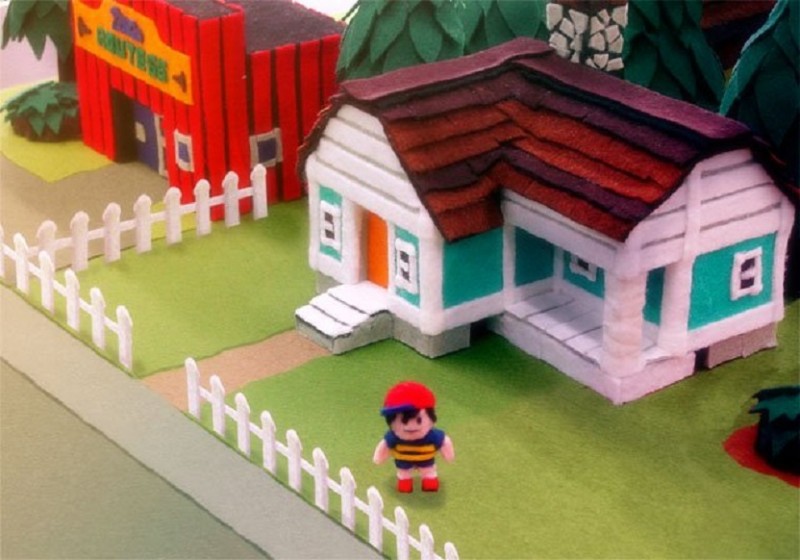 Earthbound, or Mother 2 as it was known in Japan, was released in 1994. Since then, it has received a sequel (that, much to fans’ chagrin, was only released in Japan), become one of the most expensive SNES cartridges for collectors, and been packaged in the SNES Classic. Before all of that, however, it almost received a different sequel from a new developer.

Inspired by the news of an upcoming book collecting interviews featuring the late president of Nintendo Satoru Iwata, artist and developer Yasuyuki Honne took to Twitter to reminisce over his pitch for a new Earthbound sequel. Honne, who had a hand in games like Chrono Trigger and Xenogears, was asked to pitch a sequel for the Mother franchise to Satoru Iwata and the creator of Earthbound himself, Shigesato Itoi. So, he did what any good designer would do, and he threw together some concept art. 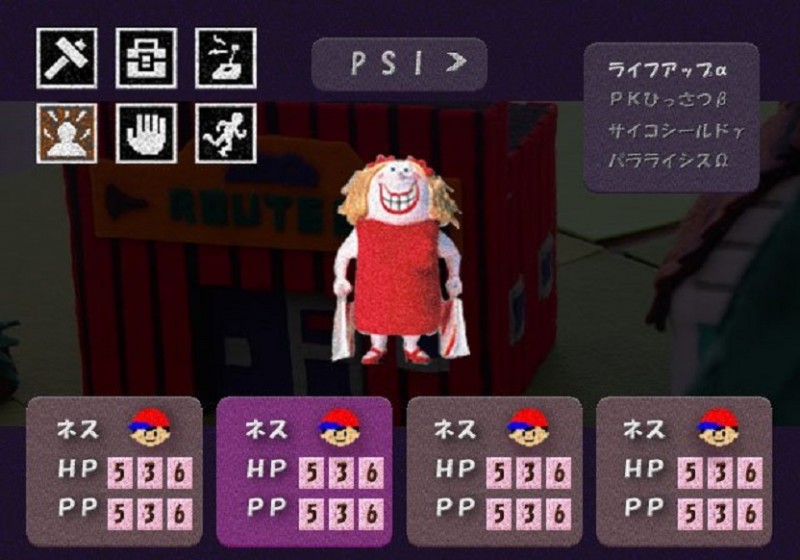 Honne’s concept art, originally produced in 2003 has a distinctly crafty feel, with the characters and menus looking like felt cutouts. This art style meshed well with Nintendo’s art direction on Paper Mario, which also saw a sequel come to the GameCube with Paper Mario and the Thousand Year Door.

Though Honne doesn’t describe why the game was never picked up, the true Earthbound sequel, Mother 3, was released in Japan just a few years later. He remembers his work on the design fondly, explaining in his tweet, “I never would have thought these pictures would appear in public. My 2003 summer memories.”