Xbox Series X – All Of The Confirmed Games 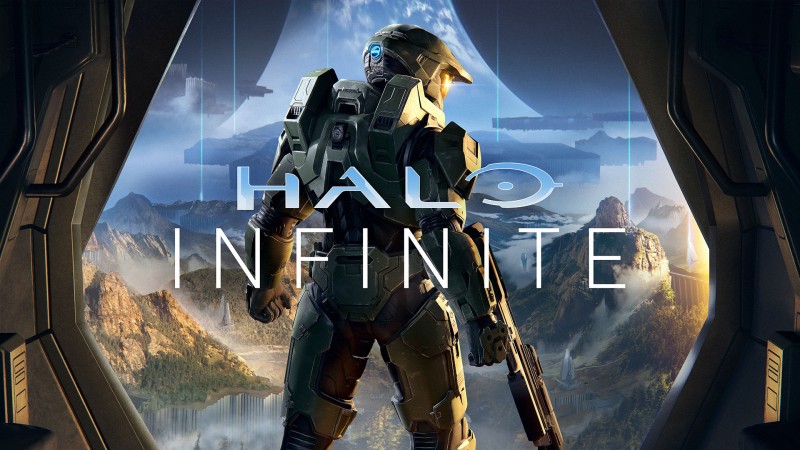 Tomorrow’s Inside Xbox briefing will hopefully bring plenty of game announcements for Xbox Series X, Microsoft’s next-generation console that is slated to release this fall. It’s been a quiet year for games, both from the COVID-19 pandemic bringing release date delays, and both Microsoft and Sony being surprisingly tight-lipped about their next-generation plans.

Slowly, we’re starting to learn what we will be able to play on Xbox Series X, both on launch day and well into 2021. We’ve rounded up all of games confirmed for Xbox Series X, as well as other games that have simply been announced as next-generation releases, yet will likely release on both Xbox Series X and PlayStation 5. Here’s what we know so far:

Assassin’s Creed Valhalla
Ubisoft is putting the next installment of Assassin’s Creed on most systems. No release date has been given, but Assassin’s Creed Valhalla will launch on Xbox Series X, PlayStation 5, Xbox One, PlayStation 4, PC, and Stadia at some point during 2020’s holiday season. This historical adventure is set toward the end of the ninth century and unfolds within a sprawling open world that recreates sections of Norway and England. You control a Viking named Eivor, who can be male or female, and can be customized with the war paint, clothing, and hair of your choosing. This entry again features sailing, and introduces large-scale assaults. 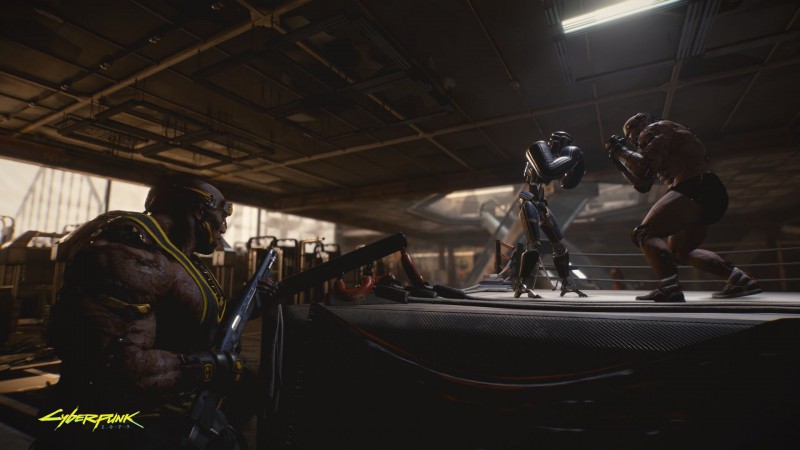 Cyberpunk 2077
CD Projekt Red’s highly anticipated open-world RPG will first come to current-gen systems on September 17, but will be enhanced for Xbox Series X at a later date. The update will be free to people who purchased the game on Xbox One. Cyberpunk 2077 remains the year’s most anticipated game, inviting players into a dark, tech-driven world where augments are rich and difficult choices sculpt the narrative and who you can interact with.

Halo Infinite
Master Chief is ringing in Xbox Series X’s launch with a new adventure that is designed to be a sort of spiritual reboot for this beloved first-person shooter franchise, but will follow the events that transpired in Halo 5: Guardians. Hardly anything is known about this title yet, but moving away from numbered entries in the series suggests a radical shift in design. We’ll have to wait to see what developer 343 Industries is cooking up, but getting a new Halo on launch day is a hell of a way to introduce a new console. It won’t be exclusive to Series X, however, and will also release on Xbox One and PC. 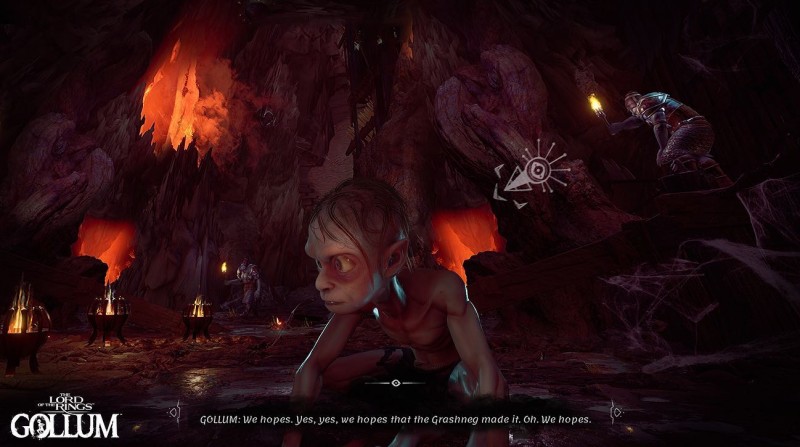 The Lord of the Rings: Gollum
Daedalic Entertainment is doing something unexpected with J. R. R. Tolkien’s famed fantasy series. Rather than seeing Middle-earth through the eyes of the fellowship or any other heroic figure, this adventure unfolds through the eyes of Gollum, the cave dweller that was corrupted by the One Ring. Envisioning an entire game around this odd character is difficult to do, but Daedalic clearly has an idea in mind and is calling it a “stealth-action adventure.” Little is known about Daedalic’s project, but it will take place in huge environments holding many questlines. Daedalic is eyeing a 2021 release for Xbox Series X, PlayStation 5, and PC.

MicroMan
Become the smallest man on Earth in this new adventure game from developer Glob Games. Slated to release on Xbox Series X, PlayStation 5, and Switch in the second half of 2021, MicroMan fully explores the dangers of being just a few inches tall, including having to use a fork to fend off an ant attack.

Orphan of the Machine
If you like Ecco the Dolphin and Metroid, you should keep an eye on Dynamic Voltage Games’ Orphan of the Machine, which is currently slated to release on Xbox Series X this fall. You are tasked to navigate an underwater labyrinth, gain powers along the way, and battle fish and … robots. We can’t wait to see how the sci-fi elements come into play. In a tweet, Dynamic Voltage Games said “Orphan of the Machine was inspired by many games – a huge inspiration was Metroid. You’re going to have a jellyfish floating though space?! Fine, I’m going to have you fighting robots underwater.”

Outriders
Square Enix and People Can Fly’s third-person co-op shooter is coming to Xbox Series X, PlayStation 5, Xbox One, PlayStation 4, and PC in the fourth quarter of this year. Outriders blends cover-based shooting with mutant-like powers that are tied to four different classes. You can play as a Pyromancer, a Trickster that can manipulate time, and a Devastator with seismic powers. The fourth class has yet to be revealed, but all of them feature deep skill trees and plenty of loot to obtain. Outriders also delivers a lengthy sci-fi story set on the planet Enoch that begins with your crew hunting for the source of a mysterious signal.

Soulborn
Based on Norse mythology, this open-world RPG from developer Pixelmad Studios isn’t slated to launch until the end of 2021, but we’re already getting looks at the game in action. The video above shows Soulborn in an early alpha state. According to developer Pixelmad Studios, players assume the identity of a Soulborn demigod named Brynjar Townshield, who wields Mjölnir and is tasked to prevent another Ragnarök created by the beast Nidhöggr. Mjölnir supposedly comes to life and can transform into weapons and creatures. Soulborn is also in the works for PlayStation 5 and PC.

WRC 9
Launching on current-gen platforms on September 3, WRC 9 will later release on both PlayStation 5 and Xbox Series X when they are made available. WRC 9 is said features added realism like tough gravel in certain races. Players can get behind the wheel of cars from Hyundai Motorsport, M-Sport Ford, and Toyota Gazoo, which can be used in new rallies held in Kenya, New Zealand, and Japan. WRC 9 will have an enhanced career mode with a wider variety of events and upgrade options.

And likely coming to Xbox Series X but not yet confirmed:

Battlefield 6
While not officially announced for Xbox Series X, EA says the next installment in this long-running competitive shooter series will release on next-generation consoles in the 2022 fiscal year.

Everwild
Rare’s next game was announced late last year, and is likely being developed to take advantage of Xbox Series X, but will also release on Xbox One and PC. We don’t know much about this fascinating title, but it appears to deliver co-op play in an open-world fantasy setting.

Gods & Monsters
Ubisoft announced that the Gods & Monsters release date was being pushed back and it would release simultaneously on both current- and next-generation machines. One of those machines will likely be Xbox Series X. Gods & Monsters is the next game from the team behind Assassin’s Creed Odyssey, and is described as a storybook adventure that tasks you to save the Greek gods.

Rainbow Six Quarantine
While Rainbow Six Siege continues to hum along as one of the best competitive shooters out there, Ubisoft is hoping players will have interest in another Rainbow Six game. Quarantine is a three-player co-op experience set in a future where mutated alien parasites infect human hosts. Yes, this Rainbow Six is sci fi.

Starfield
After spending decades working on Elder Scrolls and Fallout titles, Bethesda Game Studios’ next game is a new IP called Starfield. Nothing is known about it other than it will have a science fiction and be a single-player RPG.

Watch Dogs Legion
Yet another Ubisoft game that was delayed to become a cross-generational release. Watch Dogs Legion is the third entry in this open-world series, and is set in London. Along with plenty of hacking, one of the big hooks of this sequel is the ability to recruit and play as anyone you see in the world.

New Gamertag Features Come to Xbox One and Mobile Devices

Soapbox: How Resident Evil 4 Taught Me To Stop Hoarding And Love The Grenades

Random: Musician St. Vincent Reveals She Has “Probably Put 300 Hours” Into Zelda: Breath Of The Wild