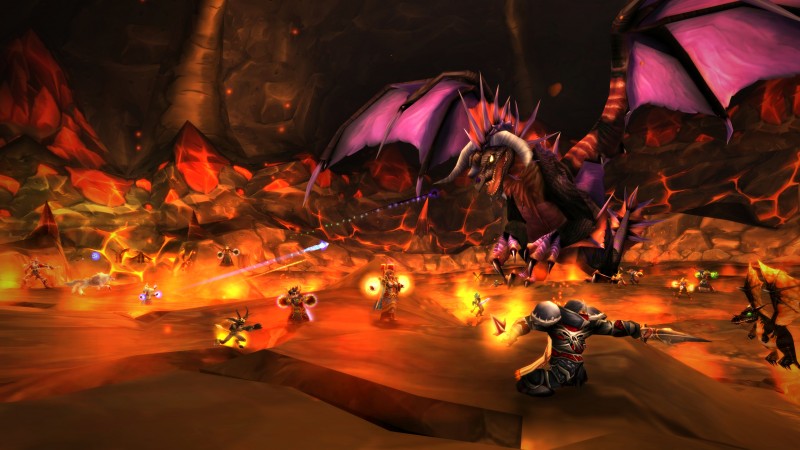 World of Warcraft has truly withstood the test of time. With WoW Classic, players can visit the title as it once was, without any of the daily quests, group-finding features, or streamlined leveling. In WoW Classic, you earn everything you obtain, and it makes every green item drop and crafting material feel like something special. While some aspects of the game feel their age and make you long for the changes that came in later iterations, the heart of Blizzard’s legendary MMO still beats strong.

Meaningful progression in all its forms is the core of WoW Classic. Picking up a new blue item can double or triple your efficiency and make you feel like a god. Crafting and professions, which have been relegated to the realm of uselessness in the last decade of modern WoW, are important and essential; every scrap of cloth and every chunk of ore go into creating massive upgrades you show off in the main cities or sell to other players. Spending a day farming cloth to make a 12-slot bag to carry around your stuff is a lengthy-yet-rewarding chore, and winning a boss loot roll in a dungeon can change your reality for hours to come.

Entering a new zone for the first time conveys a sense of awe, exploring the haunted graveyards of Duskwood or the barren wasteland of Desolace. Socializing with other players is a must, since you won’t be able to do any serious quests or any dungeons without them. Elsewhere in today’s gaming landscape, every interaction has been reduced to nothing to combat potential toxicity and streamline gameplay. Here, talking to other people, even if it’s just a “hello,” feels almost alien – and refreshing.

While most everything holds up incredibly well after the years, WoW Classic’s quest design does not. You’re often tasked with becoming a menial mailman, delivering various items all over the world, one after another, for a smidgen of experience. Without the benefit of flying mounts (or even mounts, until you’re rich enough to afford one), this is a boring and arduous proposition. Quests don’t even come close to getting the job done for your experience needs either, so expect to grind plenty during lulls in killing 10 raptors or bandits. You can dull the farming fatigue a bit by picking up profession skills that make your time slaughtering foes in droves valuable, but you’re still going to want another monitor running Netflix to catch up on some new seasons while you whack away on monster after monster. Dungeons too feel the wear and tear of time, featuring endless enemies with little variation and boss battles devoid of any real mechanics.

WoW Classic is far more than a historical novelty, and the incredible design shines through even today. It may seem odd to play an MMO, a genre that hinges on the constant promise of an evolving future, with an ostensibly finite lifespan as updates take us to where WoW ended before the Burning Crusade, but WoW Classic proves that there’s so much to be experienced in that journey. With WoW Classic available to anyone with a WoW subscription, it’s an adventure worth taking – whether again or for the first time.

Some aspects to consider with WoW Classic – if you’re playing on several of the more popular servers, you may have to wait in a queue to hop on and play. Some critical quest NPCs or monsters may be highly sought after, depending on your server and zone, and may take forever to engage with. Even something as simple as collecting troll ears may end up taking hours, as tons of players are attempting to complete the quest at the same time, making every kill a contest. This will vary quite a bit depending on what server you’re on and when you play, but that’s the other side of playing in a world with thousands of other people all trying to do the same thing. 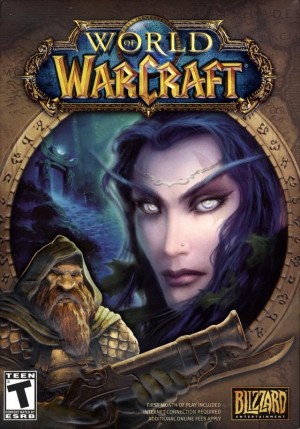 Summary: 15 years later, the original World of Warcraft still has what it takes to captivate adventurers.

Concept: Explore the World of Warcraft as it was 15 years ago

Sound: Inspired voices and a stirring soundtrack keep you engaged through every zone and dungeon

Playability: While not as easy to get into as current WoW, you can still see how this game brought accessibility to the then-niche world of MMOs

Entertainment: World of Warcraft shows why it was – and remains – the MMO to beat, with an enthralling world and satisfying sense of progression

Fortnite: Save The World Leaves Early Access, Not Going Free-To-Play

X019: Age of Empires 4 is official, and medieval – here’s the first trailer