Why It’s Time For A New Medal Of Honor 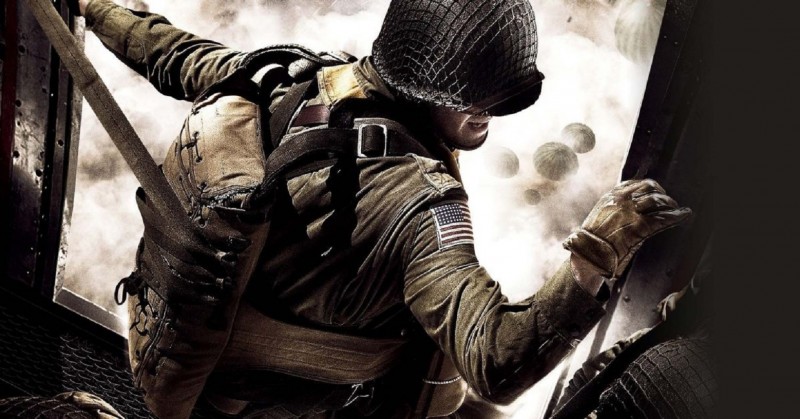 In the early 2000s, World War II shooters were hugely popular. Franchises like Battlefield 1942, Call of Duty, Wolfenstein, and Medal of Honor all delivered multiple successful titles during this span. Eventually, so many WWII shooters flooded the market that in order to stand out, these franchises had to start changing up their templates. Call of Duty 4: Modern Warfare and Battlefield Vietnam took those series out of the past and into the present. The Medal of Honor franchise, on the other hand, was slower to adapt to the changing marketplace. Ultimately, Medal of Honor was unable to keep pace with its competitors and fell off the map.

In recent years, however, the trend has reversed, and World War II has reemerged as a shooter setting. Many of the major players in the genre have returned to the past, starting with Call of Duty: WWII. Battlefield went back even further in Battlefield 1, and eventually returned to World War II with Battlefield V. The Wolfenstein franchise has also seen a recent surge in popularity with its alternate history take on the global conflict. With the WWII shooter experiencing a renaissance of sorts, perhaps it’s time for Medal of Honor to make a comeback. 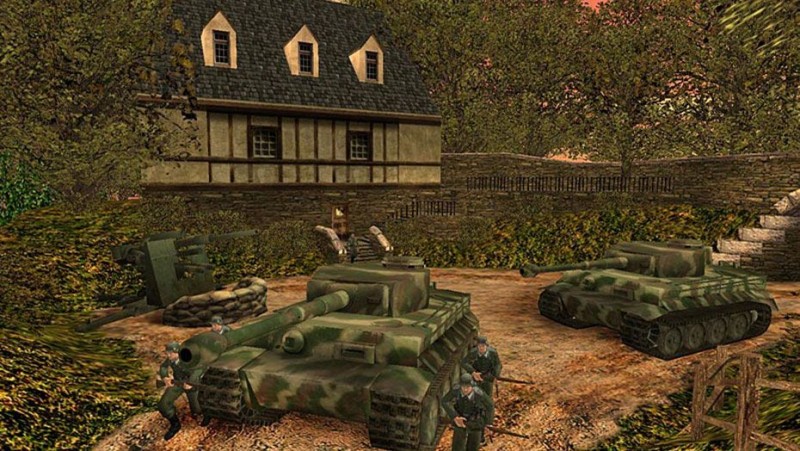 Why Medal of Honor Mattered (And Why It Died)

Medal of Honor is one of the more underappreciated and influential franchises in the military-shooter genre. The original game was the brainchild of director Steven Spielberg, who aimed to educate and entertain a generation too young to see Saving Private Ryan and learn about the heroic efforts of the war. After Spielberg sold the license to EA, Medal of Honor continued to see success on both console and PC. In 2002, a small studio called 2015 Games developed the third entry, Medal of Honor: Allied Assault, which released on PC to critical acclaim.

Allied Assault was a major pioneer in the advancement of cinematic first-person shooters. It borrowed scenes from Saving Private Ryan almost shot for shot, which added a level of tension and humanity to an already engrossing game. It’s innovative A.I., slick and intuitive gameplay, and incredible sound design set a benchmark for military shooters. Released just a year after Allied Assault, Medal of Honor: Frontline – developed by EA Los Angeles – built off many of the ideas developed by Allied Assault to create the best-selling entry in the series to date. Several developers from 2015 Games, including Jason West and Vincent Zampella, later went on to found Infinity Ward, the original studio behind the Call of Duty franchise, and continued to explore ideas they developed in Allied Assault.

While competing shooter franchises diverged into other historical periods, Medal of Honor stuck with the World War II theme, developing titles that took players into the Pacific Theater, the African campaign, Airborne divisions, and more in pursuit of keeping the games unique and interesting. When these games struggled critically and financially, EA finally decided to move into the modern era. 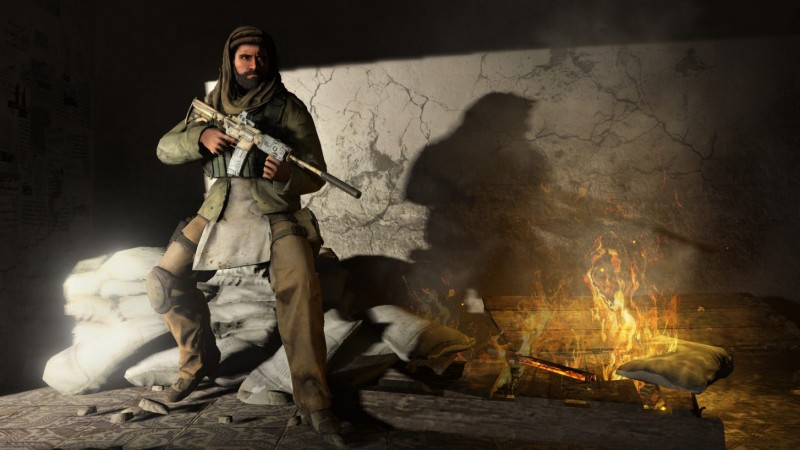 Medal of Honor’s attempt to modernize was marred with controversy, and the franchise was eventually buried by the success of its competitors. To start, the franchise made the leap too late; Call of Duty went modern in 2007, Battlefield took place in the present day as early as Battlefield 2 in 2005. By the time Medal of Honor jumped to the present in 2010, their straightforward, generic single-player campaign and forgettable multiplayer left the series financially and critically behind the competition. After Medal of Honor (2010) and Medal of Honor: Warfighter in 2012 underperformed, EA put the series to rest and dissolved the developer behind the single-player, Danger Close Games.

After the seven-year hiatus, the Medal of Honor tradition of innovation and cinematic roots could refresh the WWII shooter market and pave the way for the franchise’s return. Yes, EA already publishes a major military shooter; the Battlefield franchise is still a financial pillar for the company. However, there are gaps in the military-shooter model that Medal of Honor is perfectly suited to fill. A new Medal of Honor could construct new mechanics and formats for major multiplayer experiences that run parallel to the sweeping battles of Battlefield V instead of being in direct competition. It could also lay the foundation for an explosive and iconic single-player campaign. EA could bring in a studio with a strong background in the genre and return the franchise to the heights of games like Allied Assault and Frontline.

So, who should make this Medal of Honor revamp? As it turns out, some of the core designers who originally worked on Medal of Honor: Allied Assault are once again already working with EA. After leaving 2015 to form Infinity Ward and develop Call of Duty, West and Zampella eventually had a falling out with Activision. The duo left and founded Respawn Entertainment, the studio behind the Titanfall series and Apex Legends, both of which are published by EA. While West is no longer with Respawn, several former Medal of Honor developers are still at the studio. Steve Fukuda, for example, went from an assistant on Medal of Honor to lead designer on the Titanfall series. With the spirit of Medal of Honor living on at Respawn, it’s perfectly positioned to resurrect the franchise. The Titanfall series serves well as an indicator of Respawn’s ability to develop first-person shooter campaigns. The level design in Titanfall 2 and the ideas developed through each individual mission are perfect for the multiple theaters of war the new Medal of Honor could feature. Apex Legends also stands as proof that Respawn can tackle modern multiplayer trends with grace and ease, rounding out its sterling resumé. 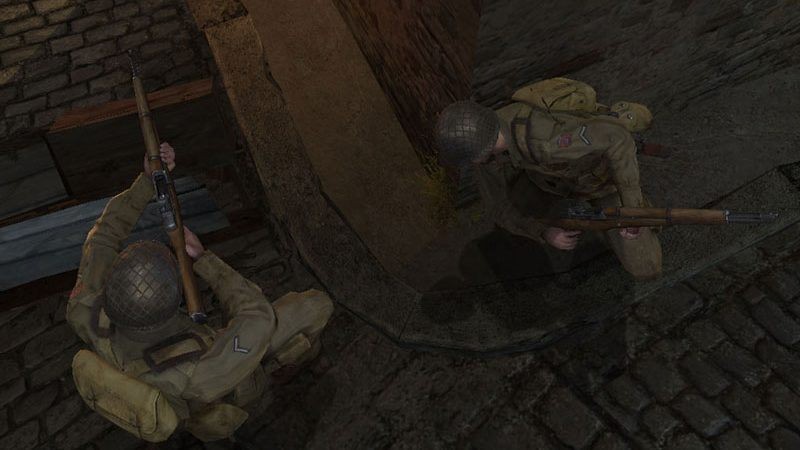 Often, shooters have the player embody different soldiers throughout the conflict, with the individual stories playing off each other to present the full scope of the war. Medal of Honor, on the other hand, used the Office of Strategic Services to frame sending a single soldier into different zones of combat. As this soldier, often with small groups of support soldiers, players travel from country to country, theater to theater, to accomplish a variety of goals for the Allied forces. In this aspect, Medal of Honor can differ from other shooter campaigns and represent holistic new environments across the major battlefields of the war with a single contained story rather than breaking the action up between separate, forgettable player characters. Gone are the days of bottleneck, point-to-point shooter missions. Battlefields are wild, open, and chaotic, and they should be represented as such.

The early Medal of Honor games were ambitious, yet unfortunately limited. Hardware restrictions meant that D-Day was rather empty, and the jungles of the Pacific theater were barren and uninteresting. However, with current hardware advancements, these major battles can be re-represented through new mechanics and a dynamic environment. New techniques like photogrammetry and ray tracing can create a dynamic and living play space that supports an environment that matches its vibrant soundscape. Light diffusing through the leaves and the soft flow of a stream can go a long way to making an environment feel real.

Imagine the Battle of Guadalcanal, a major turning point in the Pacific theater. You, as a soldier, are briefed on the state of the island, walked through the battle strategy, and then dropped onto a lush, tropical battlefield with instructions to retake the island. The D-Day invasions in Medal of Honor: Allied Assault and Medal of Honor: Frontline tried to pull this type of battle off in the early 2000s and were successful for the time. With what consoles are capable of today, these new battles could be the embodiment of the original Medal of Honor philosophy without making any sacrifices.

Medal of Honor’s early installments featured incredible enemy A.I. and tense moments. Scored by Star Trek and The Incredibles composer Michael Giacchino, the early Medal of Honor sequences in which you’re trapped behind enemy lines hold many elements that could inspire new installments. In the first Medal of Honor, the player is tasked with infiltrating a German base and destroying a railgun threatening the Allied invasion. What makes this mission memorable is the disguise you wear; instead of wielding a gun, you wield your identification papers. Both items are necessary for survival, but the identification papers brought a level of gravity and tension to a shooter that, at the time, was rare. Games aren’t only about shooting people, Medal of Honor said. These tense, story-driven moments aren’t limited to the Medal of Honor series; Call of Duty: WWII’s ‘Liberation’ mission tackles something similar. Injecting these moments throughout instead of dedicating a single mission to the idea, however, is more in line with Medal of Honor tradition.

This mixture of massive set-piece warfare and tense sequences behind enemy territory is Medal of Honor’s tried-and-true method. A dedication to the setting as much as the gameplay could solidify the resurgence of the old series. 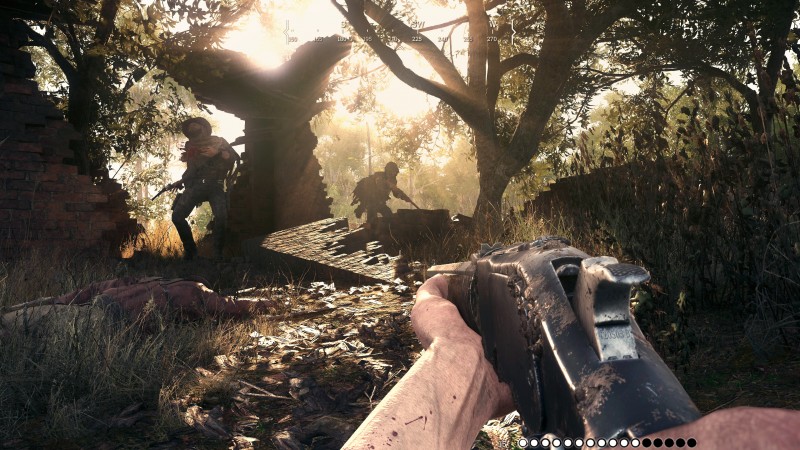 A New Kind Of WWII Multiplayer

Franchises like Battlefield and Call of Duty have already cornered the market on WWII competitive multiplayer. To stand out from the crowd, Medal of Honor should take a different approach. Since we’ve already embraced the aspects of the early Medal of Honor titles to build the single player, we could adapt that format to multiplayer as well. Remember the proposed Guadalcanal mission I mentioned earlier? EA could take inspiration from The Division’s Survival mode or Hunt: Showdown and use that environment (and others from the campaign) to create player-versus-player-versus-environment battles behind enemy lines.

With several goals, the least of which being survival, soldiers could be airdropped into an environment (as in Medal of Honor: Airborne) and given the opportunity to work with or against their fellow soldiers to accomplish different objectives decided before the match. Players working alone or in a squad could be tasked with any number of Medal of Honor objectives, such as scuttling the submarine, stealing the documents, conducting search and rescue missions, or attempting assassinations. With each group or individual operating under the umbrella of an elite unit like the OSS, Spetsnaz, or British Commandos, they all could be given the same task, making it a frantic race to complete the objective before the other team. Units could choose to team up to overcome impossible odds or backstab each other to be the only squad to bask in the glory.

With a veritable army of A.I. soldiers hunting for agents infiltrating their base, online players would take the role of the hunter or hunted in a tense, unique multiplayer experience. There could even be side objectives for the players, making the environment feel like a real battlefield. Teams could infiltrate and extract information, or recon teams could gather information on enemy movements. Survival isn’t as easy as point-and-shoot given the enemy’s overwhelming numbers, so strategy must be employed to come out on top. Outposts could hold valuable information or weaponry, increasing the value of exploration. The multiplayer could be constantly rebuilt through procedurally generated environments, providing an imminently replayable (or streamable) battle mode unlike any military shooter on the market.

After seven long years, the market and audience are ready for a new entry in the Medal of Honor series. If EA chooses to make a new one, it may be wildly different than our proposal, but this influential and beloved franchise should not be left for dead. In the meantime, we can dream about this game, a fantasy Medal of Honor that would have us falling in love all over again.

If you need more first-person shooter in your life, check out our interview with Dice on Battlefield V’s newest updates or the news of Call of Duty: Modern Warfare crossplay.