What’s Coming Up For Madden 20? 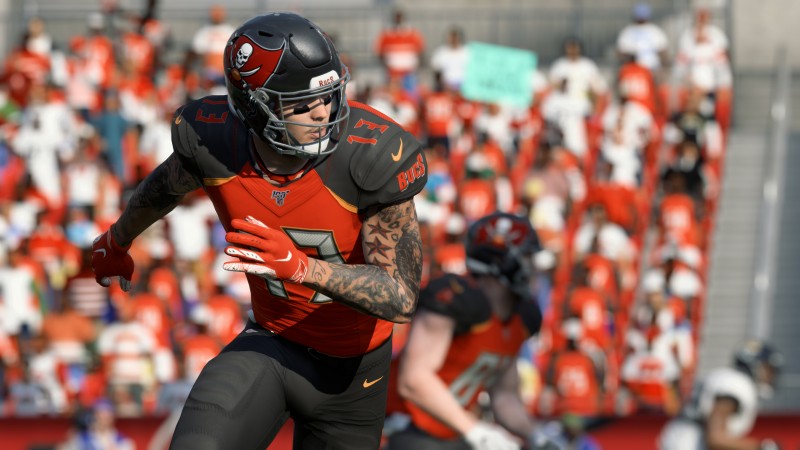 Launch day isn’t the end of video game development anymore, rather it’s just another step in the process of supporting the product. Developer EA Tiburon supports its Madden titles with patches, roster updates, new commentary, and Ultimate Team content, but that won’t be all for Madden 20.

Here’s a quick look at some of the other currently announced additions coming down the road.

Creative director Mike Young told us that this is the first year that the developer is able to update the game’s playbooks from week to week. While EA hasn’t committed to a specific cadence, this could offer great flexibility and is necessary. One thing EA Tiburon has announced is that the defensive playbooks will be refreshed during the year.

Teams like the fifth-year option for first-round picks because it lets them kick the tires on the rookie for four years, with the fifth year adding extra time to sort out a possible new contract before the player tries to cash in on the free agency market. Or the team can decline the fifth-year option and let the player walk if it’s just not working out. During a livestream, the developer announced the game would be adding fifth-year options during the season. It’s about time.

These new abilities are one of the cornerstones of the game, and it only makes sense that, like a normal roster update, the list of who is and isn’t deserving of them would change during the season. Although the NFL season hasn’t started yet, EA Tiburon has already given abilities to some offensive linemen. For the future, the developer says the release cadence of these changes won’t be the same as the roster updates, but will likely come out after the game’s larger eSports tournaments.

The new scenario engine is a key part of the franchise and QB1 modes, and updating through the year to freshen things up is something the company has wanted to do for a little while now. It’ll be interesting to see if the developer creates new scenarios to try and mirror what drama we may see in this year’s real-life NFL, which we know there will be.

X-Factors and Superstar abilities are going to make Ultimate Team an interesting beast as players pick which ones they want to use. At launch upgradable players can only get three Superstar abilities, one per tier. Afterwards, the team says it has plans to offer more choices for each tier, diversifying the possibilities.

The MUT Power-Up pass is a great way to boost your Power Up player a level, as it fills that tier’s requirement for a specific card (like a Core Elite, for example). The first-world problem for users is that it’s easy to forget you have them in your binder. While EA Tiburon says you might want to keep a pen and paper by your couch in the meantime, during a livestream it said some kind of in-game reminder might come later in the year.

Which RPG Is Right For You?