What We Want From The Dead Space Remake 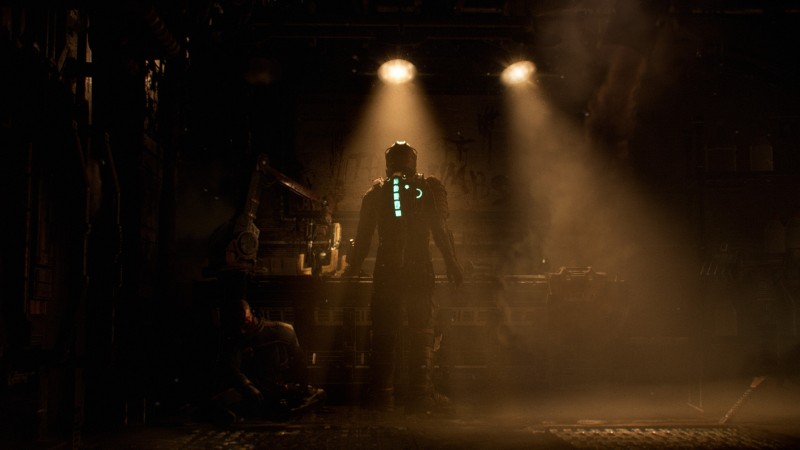 So you want to make a Dead Space remake, EA? That’s great! It’s a beloved horror franchise, and honestly, we were all getting worried that you had forgotten about it. But can we trust you to recapture the magic of the original, because some of us still haven’t gotten over Dead Space 3’s release. To make things easier on developer Motive Studios, we compiled a list of five things that the Dead Space remake must nail to succeed.

Dead Space has an extraordinary sci-fi world, and the original game was full of incredible action, puzzles, and set-piece moments. However, horror is the most essential aspect of Dead Space’s identity. The original Dead Space nailed the isolating atmosphere of films like Alien and Event Horizon. Whether we were dodging the writhing tentacles of a baby necromorph, stopping to listen to the creeks of a massive derelict spaceship, or running through an engine room in a panic as alarms drowned the sound of approaching enemies, the original Dead Space played our heart like a fiddle. You probably can’t repeat all those tricks and expect the same results, but we’d love to see you try Motive.

The original Dead Space is easily the scariest game in the series. Sadly, it might also be the weakest mechanically. Dead Space 2 was still a solid horror game, but its biggest contribution to the franchise was elevating the action. Isaac’s movements became more fluid, his telekinesis was more responsive, and the refined gunplay made tearing through waves of enemies incredibly satisfying. These are all no-brainer improvements, and we might as well have them for the remake. Sure, it’s a little easier to scare players when they’re also fighting with the controls, but it’s not worth the frustration.

Clean up the narrative

Dead Space’s narrative is a bit convoluted. The series started with a giant mining ship and the accidental discovery of an alien “marker” that slowly drove its crew insane, ultimately turning them into gangly zombies. That’s a strong premise, but the plot grew more complicated as time went on, and we learned more about copies of markers and old religious organizations. Those things are great background details, but the world-building was too opaque for most players. The remake offers a great chance to reset the narrative. The concept of a mysterious marker that transforms people into monsters remains excellent but streamline the rest. Fill in enough of the backdrop to make the world feel alive, but leave some mystery to keep us guessing … and creep us out.

Give Isaac a voice … again

The original Dead Space centered on Isaac’s journey to find his girlfriend who was stationed on the USG Ishimura before it became overrun with necromorphs. Isaac seems to slowly go insane throughout this journey, but it was tough to get inside Isaac’s head because he never opened his mouth. If Motive Studios wants to tell a compelling story, they need a compelling protagonist who goes through a hero’s journey. And the best way to help us sympathize with Isaac and see his emotional growth is by watching him talk and interact with others. And, if he’s talking to himself by the end of this journey, we know he’s really losing it. Fortunately, Motive recently said that they are planning to give Isaac a voice this time around, but don’t just slap a few lines for Troy Baker. If you’re going to give him a voice, then make sure you think about what this means for the character and that what he says is meaningful.

Don’t mess everything up with new mechanics

I was initially going to rail against EA’s push to add multiplayer to Dead Space 3, but Motive Studio’s isn’t making a Dead Space 3 remake, so maybe that won’t be an issue here. However, Motive Studio must be tempted to add new systems or mechanics to improve the initial design. The studio has already said that Capcom’s approach with Resident Evil 2 remake inspires them. RE 2 is a great model for remakes that need an overhaul, and I hope Motive can take the concepts and themes in the original Dead Space and blow them out into something more modern. I also hope the studio can pack in a few surprises for fans. However, don’t go overboard with RPG systems, branching narratives, or a coaching Z-Ball franchise mode. A little goes a long way with new systems, and they could overpower the brilliance of what made the original special. Actually, maybe we’re onto something with that Z-Ball thing.

Those are the significant changes we want to see in the Dead Space remake, but while I have you, Motive, can you also give us an option to turn off strobing lights, make zero-g more exciting, and make sure that stomp animation remains satisfying? Oh, and go ahead and just rip off RE2’s map system. Good luck finishing the game; we can’t wait to play it.

Japanese charts: Live a Live enters at No.1 and Switch sells 69K