What Is Monster Hunter Rise? 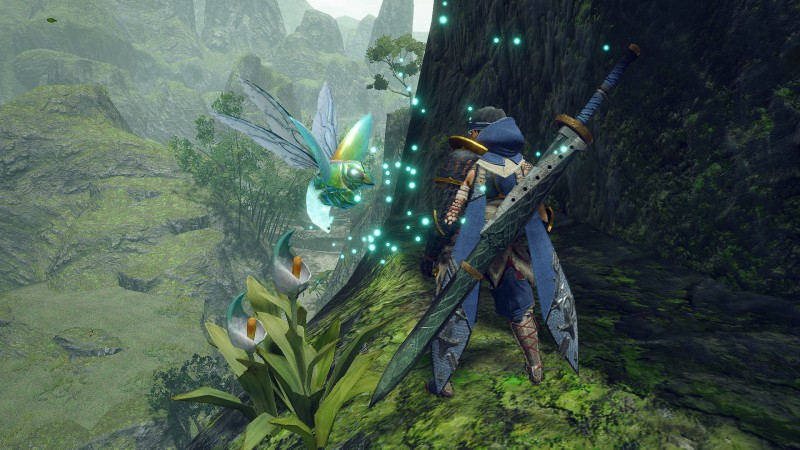 Unveiled during a Direct event, Monster Hunter Rise is the next big game in the Monster Hunter franchise coming to Nintendo Switch. Unlike many of the 3DS games, the map is a fluid experience — only one load into the area, no loading between various map sections or chunks. A brief chat with the development team on Zoom allowed us to dig into some of the various aspects of Monster Hunter Rise that make it stand out.

A new feature called the wirebug (which actually seems kind of similar to the Clutch Claw from Monster Hunter World) allows players to both traverse the environments at high speed and also weave the wirebug into powerful, weapon-specific attacks. Sidekicks have been a prominent part of the franchise for a while, offering support in combat. You’ve probably spent a lot of time with Palicoes, our feline friends, but now a new sidekick is about to come into the spotlight — the palamute! It’s a doggo! Palamutes are more offense-oriented than palicoes, and you can even ride them around like mounts. Cats and dogs? Guess the next pet that shows up in the Monster Hunter series! Get a good look at the palamute and a lot more in the TGS trailer below.

Players can party up in four-player multiplayer in both local and online co-op. In Monster Hunter World, it was often frustrating to have to go through cutscenes over and over again. Thankfully, cutscenes can actually be skipped in this game. There won’t be G Rank or Master rank quest experiences, only Low Rank and High Rank, though we don’t know if the higher difficulty tier may be added in the future. A maximum of three monsters can be on any map at any given time, similar to other games in the franchise. When asked about how the team determines which monsters to bring back to the games, the response was that they determine which environments and locations to create first, and then select monsters that would be appropriate to those areas.

Players can now all bring one pet companion into the four-player experience. If only one or two players are in a mission, they can bring two pets each! That’s a lot of bark, bite, and meow! All in all, from what’s known so far, Monster Hunter Rise looks similar to other Monster Hunter offerings, with a few slight iterations to keep things fresh. We’ll find out more as we plod toward release next year. And Monster Hunter Rise isn’t the only new title in the Monster Hunter universe coming to Switch. Monster Hunter Stories 2 is also on the way, you can check out our review of the first title here.

SEGA wants to balance 2D and 3D Sonic in future