Weekend Warrior – The Time Has Come 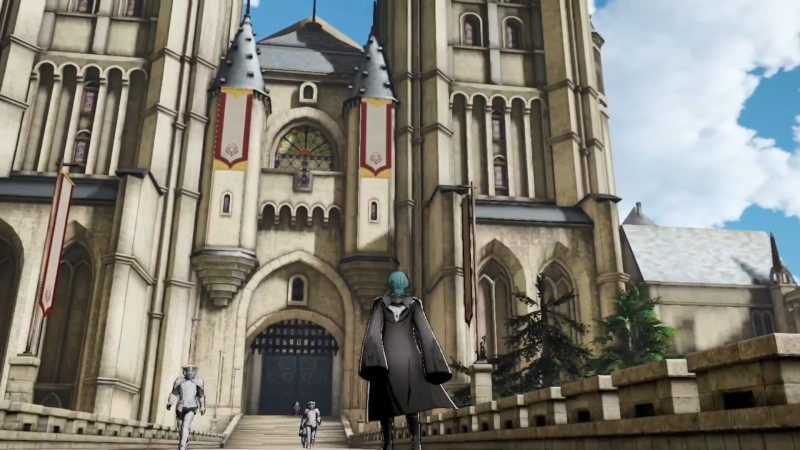 The internship term has finally come to an end. The interns are now the outterns. It has been a blast writing for you all over our three-month stint, but we aren’t done quite yet! We still have video games to play! This weekend we’re sending folks to Gamescom across the seas, but we’ll also be playing everything from Fire Emblem to Stardew Valley. Also, there’s a kitten. Let us know what you’re getting up to this weekend!

Jeff Cork – I’ll be on a plane for a bit this weekend, which means that I’ll probably be Stardew Valley-ing it up, between some Diablo III sessions. Then it’s all about Gamescom! Gamescom may not have quite as many high-profile reveals as E3, but it’s easily my favorite show. The show floor is open to the public, and there’s a super fun festival-like atmosphere to it all. Plus, they have super great pretzels! We’ll have a bunch of stories and previews going up from Cologne next week, so come back and check it out!

Javy Gwaltney – I’m boarding a plane and playing Fire Emblem for as long as I can before I hit Cologne with the rest of the Gamescom ground crew.

Kyle Hilliard (@kylemhilliard) –  In-laws are in town this weekend so that will dictate various plans, but for the most part it will be the continued conditioning of a new kitten named Kyo, continuing my Resident Evil 4 Switch replay, and generally getting some sleep. I’ve also been reading Lord of the Rings to the kid, but it’s basically been one page at a time since she falls asleep so quickly, so I’ve been reading ahead. I’ve tried to read it a few times in my life, but I always fall off. Maybe it will stick this time!

Emma Welch-Murphy (@EmmaMcmurphy) – I’m going to be super busy packing everything up. I’m bummed the internship’s over, but I’m so excited to get home and see my puppies again.

Joseph Stanichar (@JosephStanichar) – That’s all, folks! It’s been an incredible three months and 300 hours here at Game Informer, but all good things must come to an end. I’m travelling back to Ohio this weekend, where I’ll spend the next week with family, friends, and gaming before going back to college! Thank you to everyone who read and commented on our stuff. We’d be shouting into a void without you.

Imran Khan (@imranzomg) – This weekend, I am going to finish Fire Emblem! Probably! I also want to put some time into Outer Wilds, finally, after I get this Claude-shaped burden off my back. I think there’s also a Godzillafest at the local theater this weekend that I might poke my head into.

Ben Hanson (@yozetty) – Suriel and I are at the Pokemon World Championships this weekend! I’ll be filming a lot for some fun content in the future, so I don’t think I’ll have much time at all to actually play anything… maybe some Let’s Go Eevee on the flight home. Have a great weekend, everybody! Oh, and be sure to thank Blake, Emma, and Joseph for their work as Game Informer interns!

Blake Woog (@woog_blake) – My time here at Game Informer has come to an end. It’s bittersweet; I had a great time here the last three months, I learned a lot, and I’m going to miss working alongside so many great people. So, this weekend, I’m back to doing what I do best: writing and playing video games! Maybe even getting started at a new writing gig. Thanks for reading everyone! It’s been awesome.

Beat Me! is Now available on Xbox One and Xbox Series S|X

Apex Legends’ Switch Release Date Might Have Been Accidentally Revealed

Command & Conquer: Remastered will include the secret dinosaur missions