Weekend Warrior – Do Your Duty 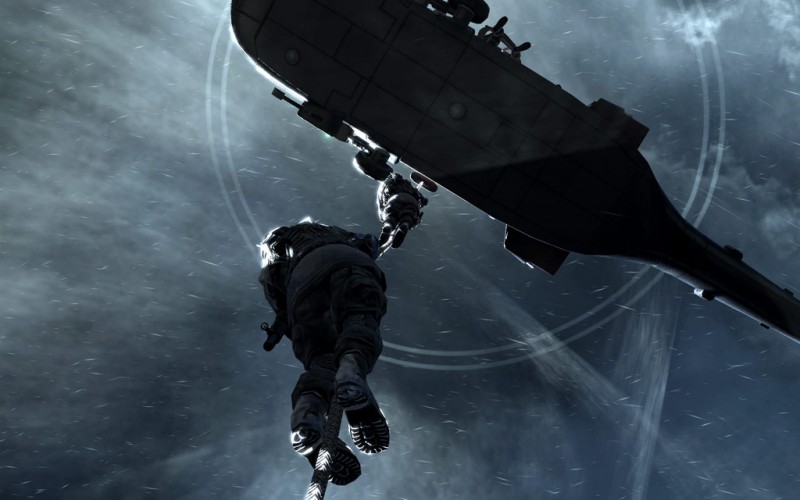 Javy Gwaltney – Still slowly making my way through Fire Emblem: Three Houses. After years of reviewing the series at a breakneck pace, it’s nice to just really take this at my own pace and enjoy it. Also, my second playthrough of Youngblood is done. Also, still making my way through Hollow Knight. Also, Mad Men.

Brian Shea (@BrianPShea) – I’m still playing the Assassin’s Creed: Odyssey DLC (these Atlantis episodes are much better and longer than the Legacy of the First Blade ones!), but I’m also working through Call of Duty 4: Modern Warfare for Game Club! Also, you know, Overwatch and Marvel Strike Force.

Kyle Hilliard (@KyleMHilliard) – My wife and daughter are convinced we need a new kitten, and they outvote me two to one. It’s not that I don’t like kittens. They’re adorable. We just already have two perfectly functional cats. We’ll probably explore that tomorrow, but tonight I think we’re going to see the Dora the Explorer movie. I like the director and the trailers have made the movie look pretty funny, so I am actually kind of optimistic, and dare I say, excited about it. As far as video games are concerned, I will be playing Call of Duty 4: Modern Warfare for the upcoming Game Club and more Resident Evil 4 on Switch. Maybe I will play a game that came out this year, too! No promises.

Leo Vader (@leovader) – I’m gonna keep grinding in Red Dead Online! I keep being ready to give it a rest until the Summer Update comes, but then they’ll have a sale/bonus so good that it feels like a waste not to capitalize on it! This week it’s 25 percent off ability cards. That’s $180 off level 3 cards! I’d be an idiot to not take that up. I’m trying to max out all the cards I’m interested in before they introduce other better stuff to spend money on. It’s actually pretty fun making builds with the cards. I’ve got a fun tanky one where I can stand out in the open all day but I have to get kills to replenish my health and headshots to replenish my Deadeye, because if I stay using my Slow & Steady Deadeye card, I get a huge defense boost. Does anybody care about this? If you are still reading these words right now, then you must! You simply must care!

Joseph Stanichar (@JosephStanichar) – It’s my last weekend of work before two weeks of freedom from Chipotle! I really haven’t been playing many games, having watched through Neon Genesis Evangelion and Stranger Things 3 back-to-back, but I think I’m finally ready to really sink my teeth into Fire Emblem: Three Houses.

Imran Khan (@imranzomg) – This weekend, I am going to get back into Fire Emblem and make a push to finish it. I’ve also gotten back into Judgment, which is actually quickly rocketing up my list of favorite games of the year. I am still living in a Box Dimension from moving so I should probably do some things to help mitigate that problem sometime over the next two days. Maybe.

Blake Woog (@woog_blake) – It’s going to be a busy weekend. Meeting some friends, birthday parties, work, replaying Borderlands 2 to prepare for Borderlands 3, the usual. It’s also our last weekend at Game Informer, so I guess you can add weeping to that list.

Ben Hanson (@yozetty) – This weekend I’m going to be out at my lake place, so I’ll most likely just being playing tabletop games like Just One but also some arcade games. Other than that, I’m going to be blasting through Call of Duty 4: Modern Warfare on Sunday for our upcoming GI Game Club! Play along with us and send in your specific thoughts on the game to podcast@gameinformer.com early next week!

Suriel Vazquez (@SurielVazquez) – My family is in town this weekend so I won’t have much time for Gaming, but if I do find time I’m going to try to dive back into Soulcalibur VI to play as Cassandra (finally!) and maybe tackle some of Destiny 2’s Solstice event.

Has The Chibi-Robo Studio Skip Pulled The Plug On Development?