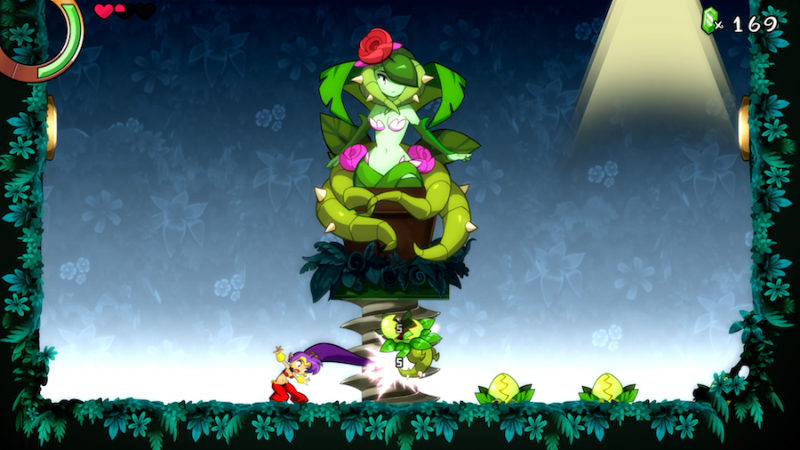 A few months ago, shortly after Apple announced their Arcade subscription service, WayForward announced that they would be taking advantage of he initiative and bringing a fifth Shantae game to every platform under the sun. Now the developer has reintroduced the game as Shantae and the Five Sirens, which seems to be taking influence from the previous title, Pirate’s Curse.

In a blog post today, WayForward detailed the new game’s mechanics and story in a brief paragraph.

“Shantae and the Seven Sirens sends the belly-dancing, hair-whipping, half-genie hero to a tropical island where Shantae and her friends encounter other Half-Genie allies, but they soon learn there’s trouble in paradise,” the post reads. “As Shantae gets caught up in the island’s sinister secrets, she’ll use all-new dance abilities and instant-transformation Fusion Magic to explore the nonlinear, interconnected world where she’ll visit multiple towns, overcome treacherous labyrinths, and battle dastardly bosses. The game also features a new collectible card system that grants players the freedom to augment Shantae’s powers to suit their own style of play.”

The bit about nonlinear, interconnected world seems to indicated that the game will be similar to Pirate’s Curse and it’s more Metroidvania-style level design. The blog post also mentions that the game’s graphics are being drawn for 4K devices primarily.

Shantae and the Seven Sirens is releasing on PlayStation 4, Xbox One, Switch, PC, and iOS via Apple Arcade.