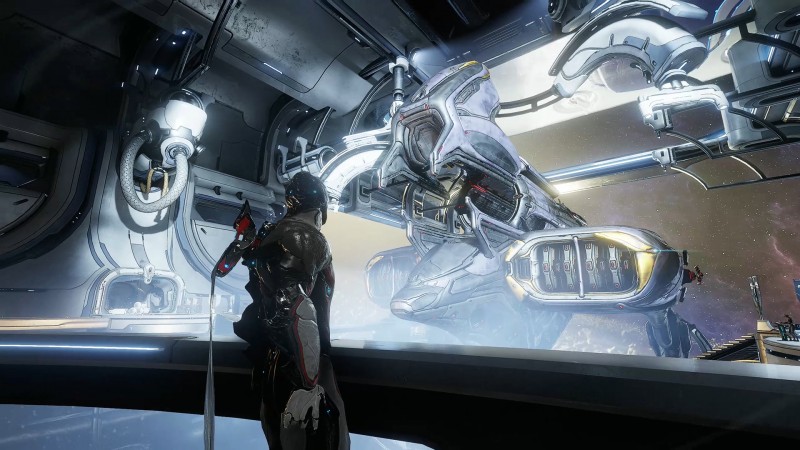 Warframe developer Digital Extremes has delivered its keynote address for this year’s TennoCon (which celebrates Warframe, obviously), and made a number of announcements regarding the future, both immediate and distant, about the game. The big takeaway: There’s quite a bit of content coming to Warframe, and there’s lots of trailers to catch up on.

The panel was lead by an extended gameplay demo for Empyrean, an upcoming expansion focusing on cooperative space combat. Empyrean features a new way to recruit other players wot help you with missions called squad link, the ability to steal, pilot, and customize enemy ships, a new “reactive” enemies called kingpins, and a graphical overhaul across the entire game.

Digital Extremes also dropped trailers for two more upcoming pieces of content. The first is Duviri Paradox, the game’s third open-world area, which has a more surreal bent to it. The second is for the game’s next “cinematic quest,” The New War, which focuses the Lotus.

Finally, the company announced two new bits of content coming to Warframe today: The second series of seasonal Nightwave content, and the new Wukong Prime warframe (the game’s equivalent of a class or character).

This should hopefully keep Warframe fans busy for the next few months, though it’s only a matter of time before the fanbase begins to ask “What’s next?” once again, beginning the cycle of living games once more.

Announcing the MLB The Show 21 Fall Circuit and Dynasty Invitational