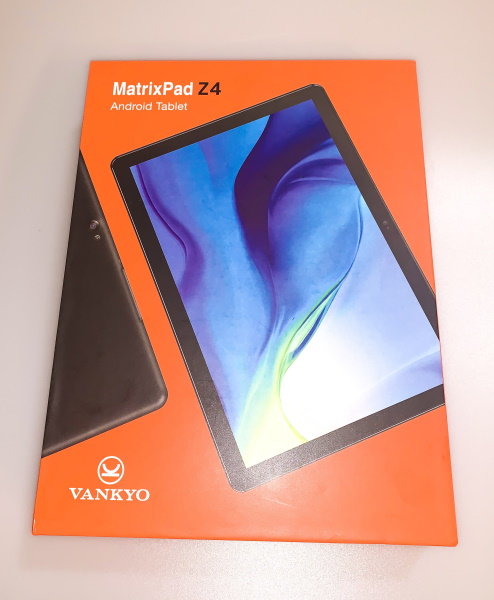 REVIEW – I am a fan of tablets that can perform well and allow me not to always grab my iPad Pro for every use. I use my iPad Pro for photo and video editing when on the go, but at home I prefer to have another go-to tablet for simple tasks like surfing the internet and watching TV or YouTube videos, etc, The Vankyo Matrixpad Z4 Tablet is has a 10 inch screen, and would be perfect for the task if it performs well.

What’s in the box 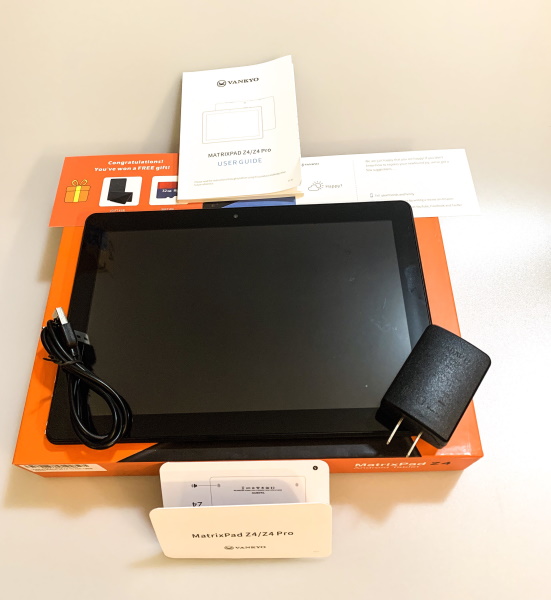 On top of the back of the tablet, there is the rear-facing camera, and on each of the lower sides, there is a speaker. 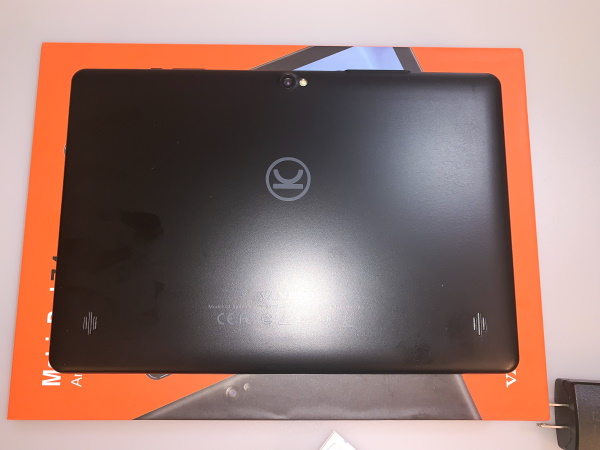 On the front top bezel of the tablet, there is the front-facing camera. 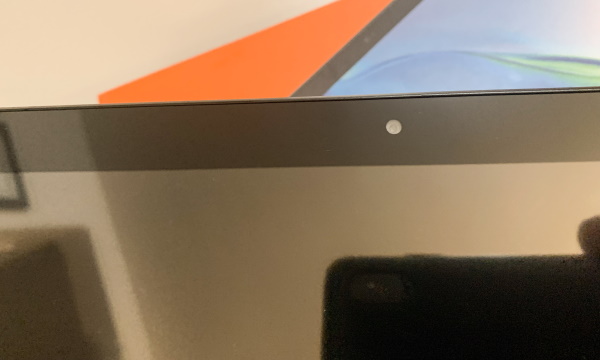 On the top edge of the tablet, as shown below, there is the reset port, power on/off button, volume up/down button, headphone jack, micro SD card slot, and the micro USB charging port. 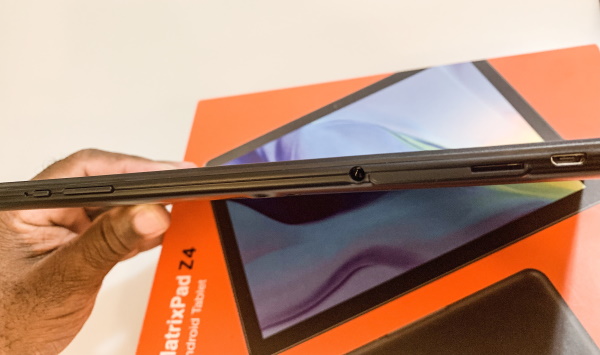 The tablet arrives well packaged. The first thing that I did right out of the box was to fully charge the device. 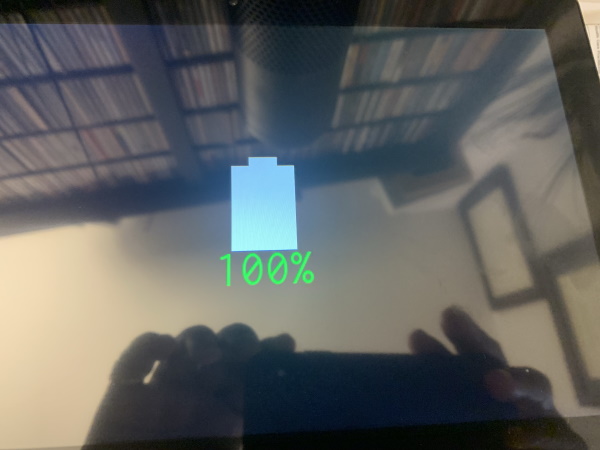 The screen below shows the start-up screen when you first power on the tablet. 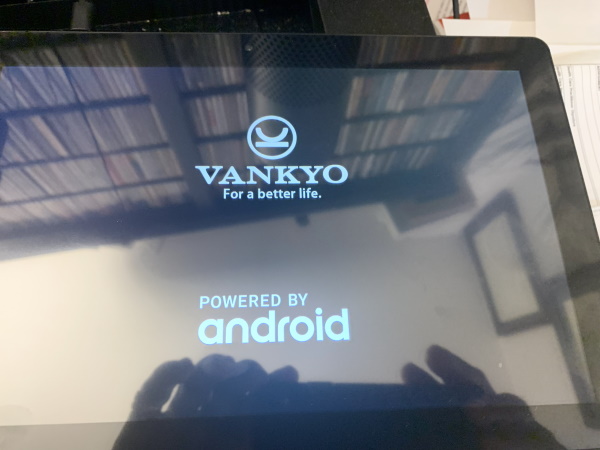 Once the tablet was up and running, I went through the usual set up processes including choosing, location, language, connecting to my wireless network, etc. 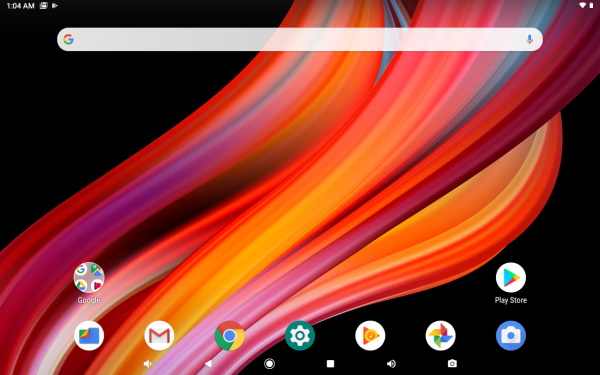 Once all of that was done, I then proceeded to download some apps to test. As I thought about my uses for this tablet, loading the Spectrum TV app was primary since I use a tablet to watch TV in areas of my home that lack a standard TV.  Loading apps from the Play Store was normal, and soon I was ready to test with the TV app. 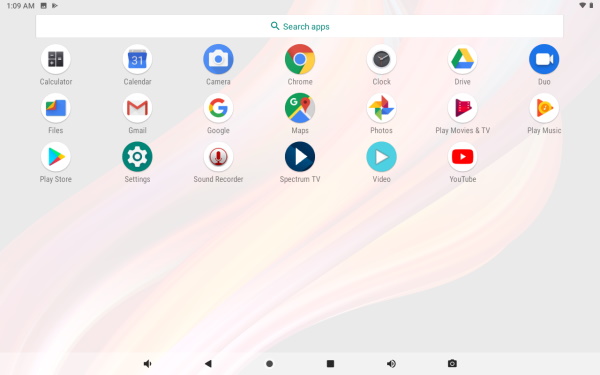 That is where everything started to go downhill. The playback from the app constantly freezes and the picture quality seems to constantly go from acceptable to fuzzy.

In terms of the sound, unless the surrounding environment is quiet, the speakers are woefully underpowered and since they are at the back of the tablet, the sound travels away from your listening position. I decided to add Bluetooth headphones to be able to hear the sound properly, but that was another buggy experience. After several attempts, I was able to pair my earbuds but then the tablet continued to play the sound through its built-in speakers despite the Bluetooth earbuds being selected repeatedly. Eventually, the sound was redirected via Bluetooth and even then the connection did not seem clear.

Next, I decided to simply browse a few popular websites to test the performance. Once again, it was evident that this tablet is woefully underpowered and the touch response requires several touches to complete an action. It seems like the slowness is compounded by a combination of the lacking touch response and the slowness of the tablet.

I tested taking a picture with the built-in camera and then emailed it to myself. The process of taking the picture and sending it took well over 5 minutes for one picture. The following is the picture that left much to be desired: 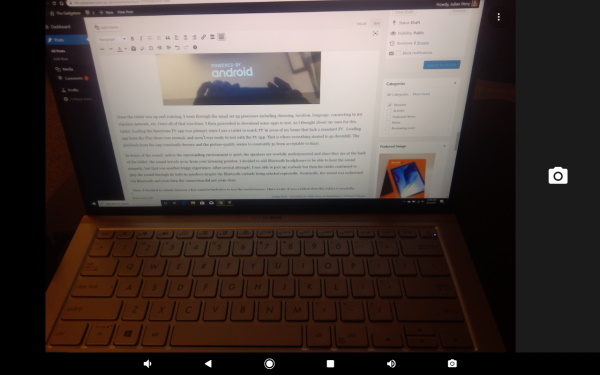 As I was testing the tablet, I was thinking of who would benefit from using it. I think that my 87-year-old dad who uses an older iPad would run out of patience, I certainly would, and my young kids would simply turn away from it.

The Vankyo Matrixpad Z4 Tablet is a nice size for a tablet, but in a world filled with affordable tablets, this one comes up really short. Although it runs on Android 9, it is woefully underpowered, the touch response leaves much to be desired, the display is just ok, the Bluetooth connection process is buggy, the rear-facing speakers are also underpowered, and it freezes/hiccups during video playback. I really wanted to like this tablet, but there are many better performing tablets available in this price range. While I know that it cannot be compared with the iPad, it is still a big miss for me.

Price: $109.99
Where to buy: Amazon
Source: The sample for this review was provided by Vankyo.

Vankyo Matrixpad Z4 Android tablet review originally appeared on The Gadgeteer on September 8, 2019 at 9:30 am.

Time for a gokart, Segway style!

How to listen to audiobooks for free, garden weeding robots, and more – Weekly roundup