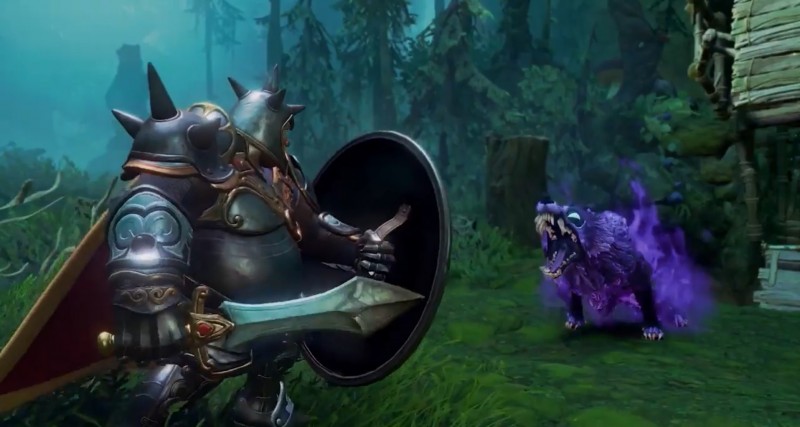 Publisher Modus Games recently announced that the latest title in the Trine platforming series, Trine 4: The Nightmare Prince, is arriving this October.

The news was revealed via a trailer that shows the series’ trio protagonists (a thief, knight, and wizard) running through gorgeous, magical environments the series is known for as they embark on their new quest to find a prince.

Trine 4 returns to the series’ 2.5D aethesthic, which the third game had deviated from. The three protagonists are searching for Prince Selius, whose dark nightmares  come to life and wreak havoc on the world. Interestingly, the game allows for up to four player co-op both online and locally.

Trine 4 releases on October 8 for Switch, PS4, Xbox One, and PC. Trine: Ultimate Collection is releasing on the same day as Trine 4, and it bundles all four games:  Trine Enchanted Edition, Trine 2: Complete Story, Trine 3: The Artifacts of Power, and Trine 4: The Nightmare Prince. It also comes with a phyiscal world map, art, and the original series’ soundtrack. It will sell for $49.99, whereas Trine 4 as a stand-alone is priced at $29.99.

You can make silent, deadly Minecraft lava traps with string