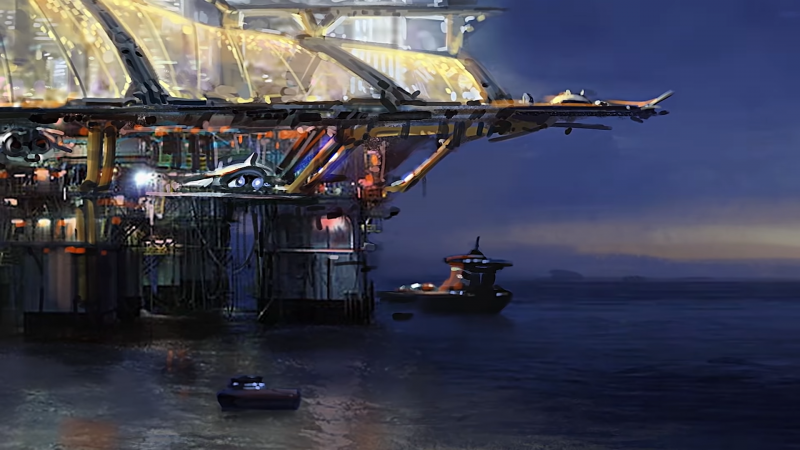 While we do have some more time to wait before getting our hands on Bethesda’s upcoming space RPG, the studio did reveal three new Starfield videos for fans to enjoy. The three latest developer updates share more details about new locations that players will be able to explore.

The latest inside looks at Starfield are pretty short in nature, but it is interesting to see some of the vision that the team has for space exploration. While not gameplay, the concept art shared is intriguing and has us interested in seeing where this game will take us for a new adventure.

First, we have New Atlantis, seen in the video below:

Then we have a location called Neon:

New Atlantis is the capital for a sect of people known as the United Colonies, a powerful faction that is a major player in the realm of galactic politics. Given what Bethesda has said about New Atlantis, it’s pretty much a given that this will be one of the larger areas explored in-game, and possibly one of the most complex. While cool, Neon is where I am the most excited! Neon is a water world that basically looks like somebody saw an aquarium and thought: yes, this is Utopia.

Akila is another capital city, but this time for a collective known as Freestar. It also has some major Attack on Titan vibes with that wall, just saying.

While fans have been understandably frustrated at such an early reveal, Pete Hines and Todd Howard have been very transparent about this title was early on in its development since it was revealed. They have also been very clear that it was only shown off so prematurely in order to assuage fan worries that they were abandoning single-player after the reveal of Fallout 76. That being said, it is nice to finally get something more concrete, especially now with the additional resources that the acquisition has to offer. Luckily, though, at least now we have a date, even if it is a little further off than many might have hoped.

Starfield officially launches next year for Xbox and PC players on November 11, 2022.

Xbox One’s Home Screen Gets Another Makeover In Latest Update