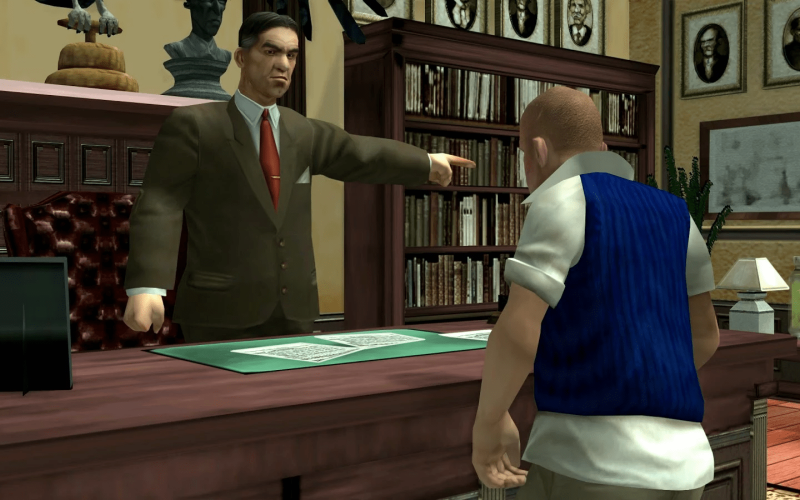 Rockstar’s Bully released back in 2006, but it remains a strong cult favorite today. Many fans have been crossing their fingers for an eventual sequel, and now an Easter egg found in Grand Theft Auto Online is adding even more fuel to the fire.

A virtual painting that was added in GTA Online’s recent casino update is clearly a homage to Bully. The decoration is titled Canis Canem Edit, which is Latin for ‘dog eat dog’ and just so happens to be Bullsworth Academy’s motto. Additionally, it’s also the official game title for Bully’s European release. The painting features Bullsworth’s blue and gold colors and the four symbols of its crest: a fist, snake, skull, and rat.

While we’re not completely convinced that this points to a sequel, it’s still a neat Easter Egg for Bully fans.

For more on Grand Theft Auto Online’s casino update, read about everything that was added to the game here.

Random: Nintendo Confirms How To Pronounce Zelda: Tears Of The Kingdom