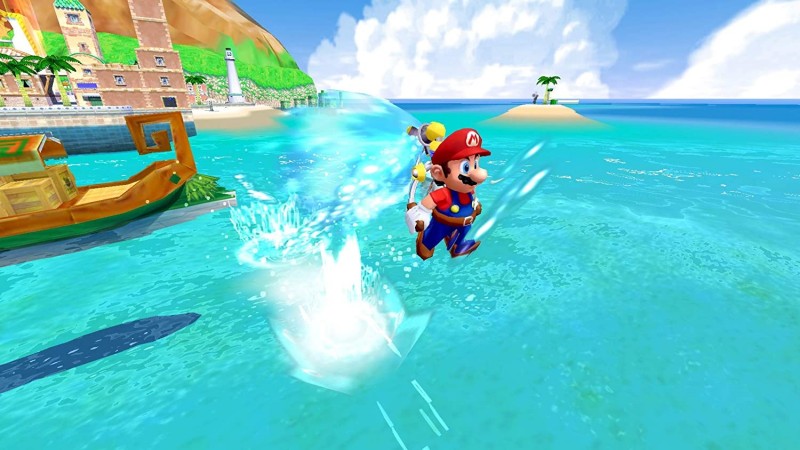 Super Mario 3D All-Stars may not have been the remaster fans hoped for at launch, but a recent update adds a couple of much-requested gameplay features. Namely, players now have the ability to play Super Mario Sunshine with a GameCube controller.

Those who downloaded the ver 1.1.0 update that dropped yesterday can now enjoy (or loathe) Sunshine the way God always intended. Of course, you’ll need the GameCube controller adapter to make that happen. It should also go without saying that you can only use a GameCube controller while the Switch is docked – which means Switch Lite owners are out of luck.

Nintendo notes that Sunshine’s button layout will not reflect the GameCube inputs. It’s worth pointing out that the Gamecube controller can be used to play Super Mario 64 and Super Mario Galaxy. It feels a bit less natural to do so, but you can totally do it.  The update also allows players to invert the camera on all three games, alongside squashing general bugs and whatnot.

Super Mario 3D All-Stars may not have set the world on fire in a wholly positive sense, but it’s nice to see Nintendo updating and improving the collection, especially considering how it isn’t long for this world. That’s because Nintendo plans to pull the bundle from physical and digital storefronts on March 31st 2021 in what some consider a questionable move. Nintendo launched the bundle to celebrate Super Mario’s 35th anniversary alongside similarly limited-time software like Super Mario 35.

For more on Super Mario 3D All-Stars, watch us put the collection through its paces in our New Gameplay Today video. While we’re on the subject of arbitrarily limited Mario collectibles, check out our hands-on impressions of the Game & Watch: Super Mario Bros. handheld and this destined-to-be-sold-out Super Mario shoe line.

“Maybe half” of the Monster Hunter World: Iceborne story takes place on the original continent

Mass Effect Trilogy Remastered is reportedly real, and set to launch by March