Strike from the Shadows in the Newest Rogue Company Update

Rogue Company’s new update is filled to the brim with improvements, style, and upgrades! A new season of ranked presents a unique challenge while opportunities to earn rewards and upgrade your wardrobe arise from the new Covert Ops Battle Pass!

Flaunt some new special operations-inspired cosmetic gear into your kit with the Covert Ops Battle Pass! Featuring new outfits for Ronin, Kestrel, Saint, and Mack, being covert certainly doesn’t mean that these rogues don’t still have style, especially with Ronin’s legendary outfit, Shadow Spectre. The Mythic Major Danger and Legendary Rising Dragon weapon wraps make their debut in the battle pass as well, giving you more ways to show off to your friends (and enemies).

Embrace some future fashion with a new Starter Pack in the store! This pack includes the Anajani Dahlia outfit which was inspired by the in-game fashion brand. You’ll also receive the Optical Camo Primary Weapon Wrap and 300 Rogue Bucks to upgrade your style in the in-game store. Snag the new pack to stand out from the crowd!

Alongside the battle pass are more exciting changes and quality of life improvements as part of Project Saint! The Rogue Company team has made adjustments to the rogues’ identity in the form of speed and toughness in the latest update. Each rogue will now have a speed rating and a toughness rating scaling from one to five stars; two stars represent baseline, and each rating over or below represents a 5% change to that trait. This trait can be found in the Rogue section of the main menu and the character selection screen.

In addition to the speed and toughness update, there are also several new perks to customize your desired playstyle. The Energize perk will make your ability recharge faster; Gunsmith will improve your magazine size and falloff ranges; Volatile will cause your damage over time effects to be more potent. Other perks will also be moving to the core game modes, such as Crackshot, Bulletproof, and Restock. However, that won’t be all for this upcoming update; you can also look forward to perk loadout updates, new gadget sets, and other exciting features to come!

Last but certainly not least, grab your trusted friends and blast into the newest ranked season! All these exciting changes are sure to shake up the season and give you exciting moment-to-moment gameplay with your favorite Rogues.

Play the newest Rogue Company update for free on Xbox One X|S today! 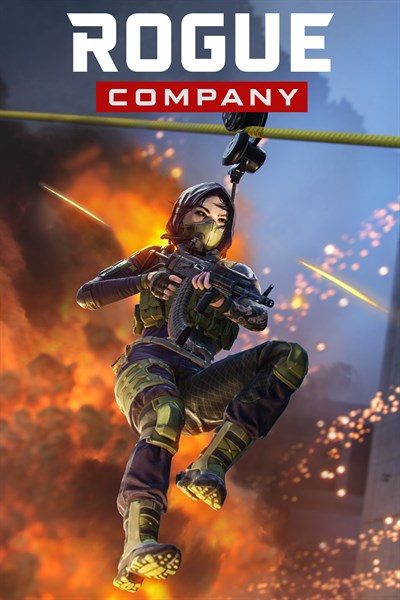 ☆☆☆☆☆
582
★★★★★
Get it now
Xbox One X Enhanced
Gear up and drop in to Rogue Company, the third-person tactical action shooter that puts the fate of the world in your hands. Defeat the enemy team in objective and action based game modes featuring exotic locales, thrilling gun-play, and explosions…lots of explosions. Assemble your team and play FREE now!

Skydive into high-stakes missions in hot spots around the globe. Take part in action-packed 4v4 and 6v6 game modes; control the point in King of the Hill, fight to survive in Strikeout, or plant and defuse bombs in Demolition. Looking to be more competitive? Join the Ranked queue to show off your skills. Or relax in a rotating Limited-Time Mode.

Drop in as one of the many agents of Rogue Company, each with their own unique set of skills, weapons, and gadgets! Fire explosive napalm with Switchblade’s Chaos Launcher, use Saint’s revive drone to save your teammates, or take the enemy team offline with a hack from Gl1tch. Which Rogue and play style will you choose?

Throughout each match, you’ll earn cash to spend in the in-game store. Choose how you approach each round — will you buy a katana to get up-and-personal with your foes, or the Tyr sniper rifle to take them down from afar? You can also unlock high-tech gadgets, ranging from Dima’s favorite explosives to a disorienting tear gas.

Rogue Company is 100% Free to Play. All Rogues can be unlocked free and come with additional free rewards that you can collect just by playing the game. Even better: Rogue Company supports full cross-play and cross-progression, meaning you can play with your friends regardless of platform, and bring your unlocks wherever you game.

Are you ready to save the day, look good, and get paid? Download Rogue Company and play for FREE today!