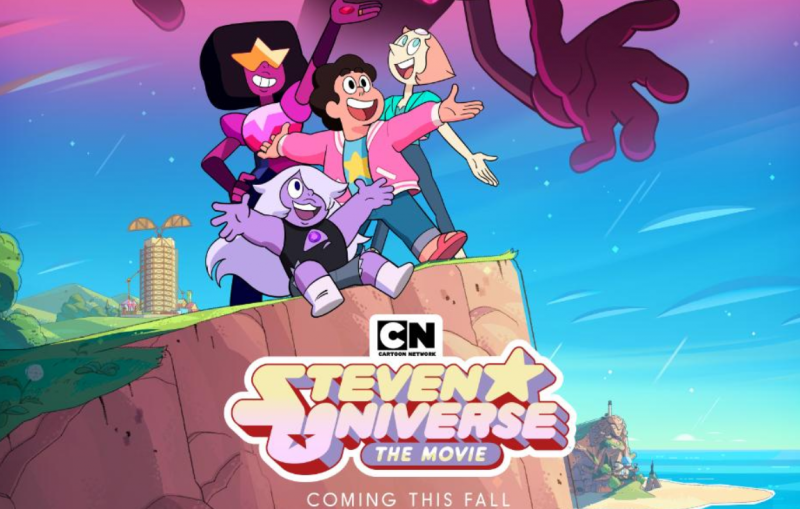 Steven Universe: The Movie is set to follow the events of the TV show’s explosive season finale, and with our first look at the poster, it may take place a significant amount of time later.

The poster shows the series’ main characters – Garnet, Amethyst, and Pearl (and Steven!) – wearing their new outfits from the finale, with the exception of the titular Steven, whose T-shirt still features his signature star, but with the usual red background changed to blue, as well as a new pink jacket. He also seems to be significantly taller, potentially suggesting a time jump. However, Steven does age differently from most humans, so this isn’t a certainty.

Leading more credence to the time jump are new structures in the gems’ beach house, as well as a mysterious new building undergoing construction on the left.

We also get a better look at the film’s villain, who seems to have a more cartoonish look than is typical of this cartoon. Steven Universe and company have been able to convert every previous villain to the side of good, so we’ll see if they’re able to do the same with this new baddie.

Steven Universe: The Movie will air on Cartoon Network this fall, featuring music from Chance the Rapper, Jeff Ball, Mike Krol, and more. For more on Steven Universe, check out our review of the console game, Save the Light.