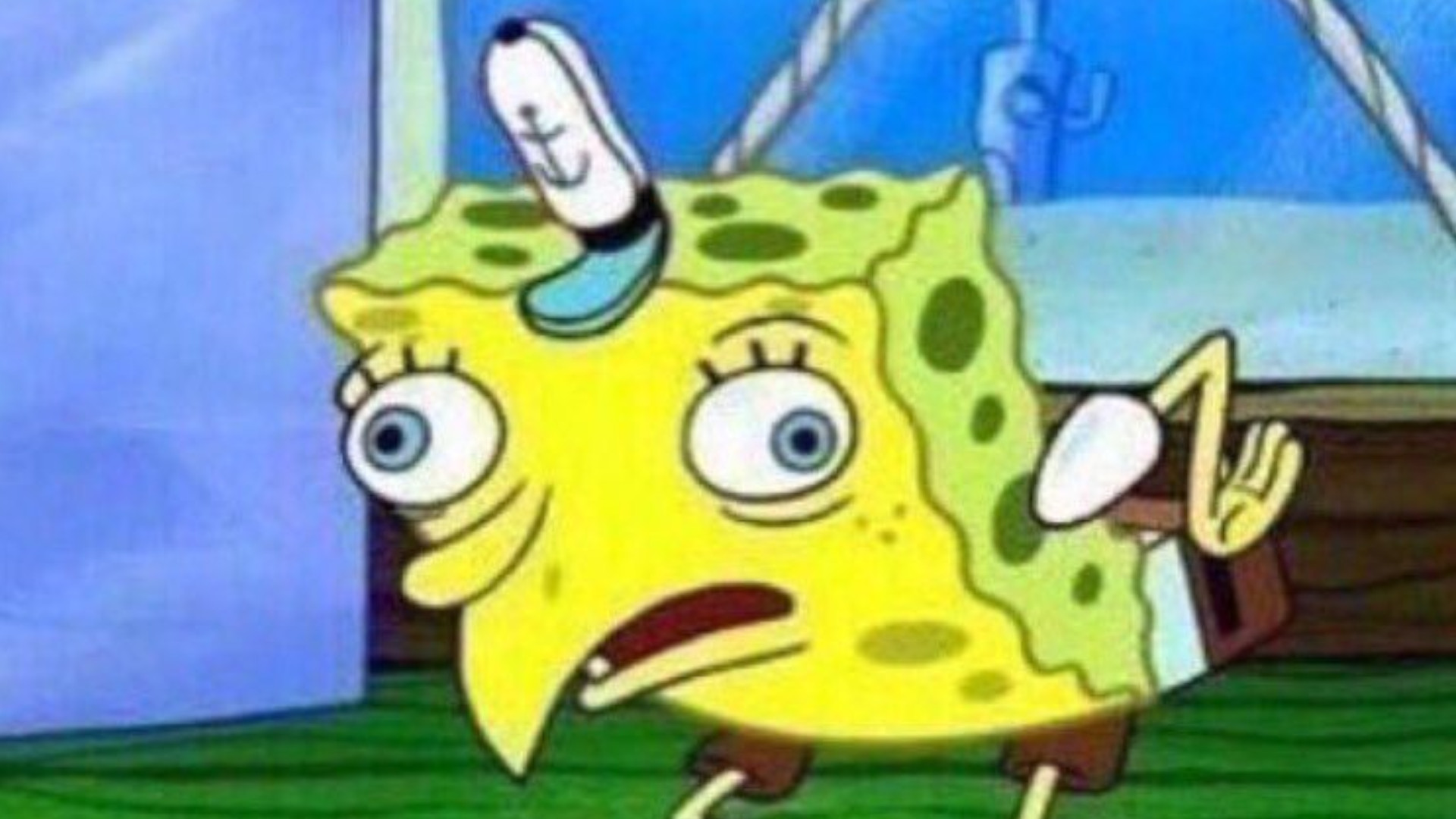 I still cannot believe that not only is there a Nickelodeon-branded Smash Bros.-like in production, it actually looks pretty good. At least that’s a pleasant surprise! The devs behind Nickelodeon All-Star Brawl have been slowly providing bits of gameplay footage over the past few days, revealing perhaps the most important detail of all: the SpongeBob taunt is, in fact, the SpongeBob taunt.

You know the one – where SpongeBob puckers up his face, puts his arms behind his back, and makes fun of the tHiNg YoU jUsT sAiD. Press the taunt button in Nickelodeon All-Star Brawl, and he does the pose. It’s certainly a reference to the meme more than the cartoon itself – as I just discovered thanks to Know Your Meme, in the original context, SpongeBob is simply imitating a chicken, not mocking anyone.

Oh, and you can flippin’ wavedash. Wavedashing became synonymous with the unintended depth of Smash Bros., but it’s a relatively simple concept – you air dodge diagonally into the ground, allowing your character to slide a bit. It’s been in and out of Smash since Melee, but Nick All-Star is leaning all the way in.

This Sims 4 meets Among Us mod is exactly the terrible, wonderful thing we needed

Guardians of the Galaxy is a linear action-adventure, not Mass Effect