After a successful Kickstarter campaign backed by almost 70,000 fans who longed to see Ryo Hazuki’s journey continue, developers Ys Net and Neilo created a new Shenmue game – one that would feel right at home on the Dreamcast. Shenmue III provides a deep well of nostalgia for fans returning to the series, but also feels dated and desperately needs to evolve in key areas. It is a game that time forgot, a new experience that stubbornly clings to its retro roots and ignores most innovations that shaped interactive entertainment for the last 18 years.

Picking up exactly where the last chapter left off, we see young Ryo and his new friend Shenhua Ling emerge from a cave to continue tracking Lan Di, the man who killed Ryo’s father. This opening moment flashes fool’s gold in front of players, with a scenic walk backed by stunning visuals. You see highly detailed textures, lushly populated storefronts, and lightning that makes Bailu Village look like one of the most tranquil places on the globe. The world looks great, but is the only part of the game that is truly modern. The gameplay that follows screams of the early ‘00s and can be downright awful – not just from how old it feels, but also how poorly conceived it is. 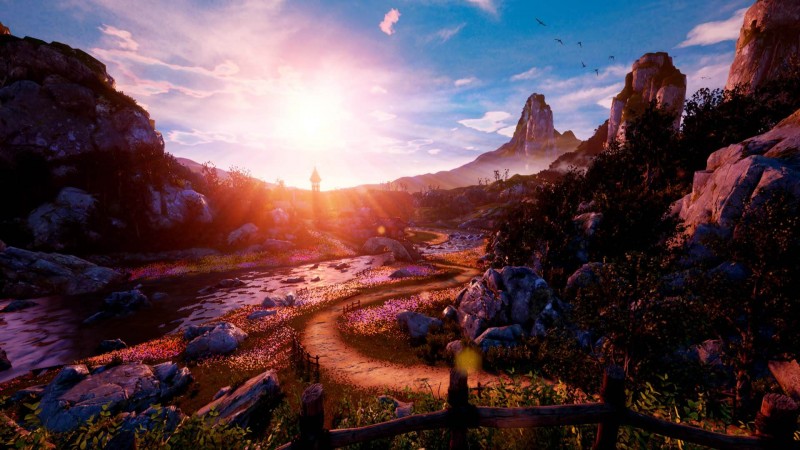 While I had some fun ignoring Ryo’s bid for revenge to dabble in a nice selection of side activities (such as catching ducks or collecting capsule toys), the critical path suffers from monotony. This is primarily due to an overreliance on talking to civilians to uncover the path forward. Shenmue III struggles with how it implements conversations, and yet that’s what you do most of the time. The dialogue is stilted, lines are repeated, and some responses don’t line up with the question at all. Ryo’s line of questioning also makes him sound like the world’s worst detective. “I’m looking for some thugs. Have you seen them?” “Do you know where I can learn kung fu?” Get used to hearing him ask about these things for hours on end.

When Ryo isn’t engaging in these maddening exchanges, he’s training to improve his skills – not just to take on Lan Di, but those pesky thugs and plenty of other threats. He gains experience and levels up by sparring against other opponents and by practicing on training dummies. Despite the exercises being incredibly boring – like squatting in place for a minute – the skills you collect provide a nice pursuit of power. If you take the time to train extensively, you can basically break the game balance and become a monster of a combatant, which I found to be worthy of my time in light of the suspect combat system. 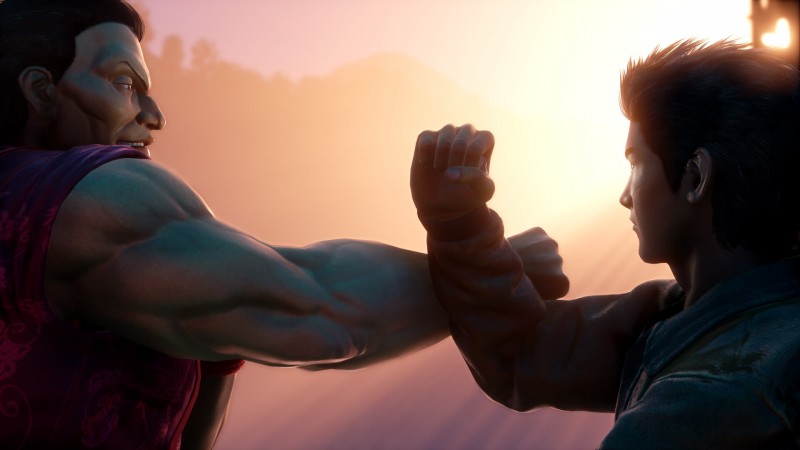 Battles are more fluid than in Shenmue 1 and 2, allowing you to initiate special attacks with a click of a button, but don’t expect every hit to land – even if you punch someone square in the face. All too often, I would knock an opponent down, circle around to get behind them, and then perform another devastating blow that, despite hitting the target spot on, didn’t do any damage or stagger them at all. It’s like I didn’t even deliver it. The targeting lock also has a mind of its own, losing track of your opponent when he falls. These inconsistencies can be infuriating, especially since you may need to stop retrying a battle to buy more food to restore your health, which could also mean you need to take on a job or be forced to gamble to have the requisite funds.

Some of the mission designs are clearly used to halt player progress, such as being forced to earn enough to buy a bottle of wine or a book. Earning this money sometimes falls onto dumb luck at the casino or completing mundane jobs over and over again. Inconsistency is everywhere. You can sometimes fast travel to speed up the clock to reach a story moment, but not always.

Shenmue III is often frustrating, but I still enjoyed my time in Bailu and the other locations Ryo eventually visits. The freedom to explore and do what you want still holds plenty of fun, and the world is charming; it has its own vibe, flair, and pacing. I just didn’t like it when Ryo would talk or fight, which just happen to be what Shenmue III’s critical path is mostly about. It also has plenty of QTE moments, which are oddly the most polished and fair part of this experience. In these moments, Ryo skillfully ducks and weaves out of the way of punches and obstacles, and should you happen to miss a button press, you immediately get another shot. They’re fun to watch and don’t punish you.

I also enjoyed the journey that Ryo and Shenhua took, even though little progress was made in the overall story. Fans knew this going in, however, as director Yu Suzuki stated Shenmue III only gets us through roughly 40 percent of Ryo’s tale. We’re not even halfway through this epic idea yet. Despite having many issues with Shenmue III, I’m glad I returned to this world. It scratched an itch I didn’t know I had, and periodically showed me why it was an important game back in the day. But it mostly reminded me of why a third entry didn’t release for almost two decades. 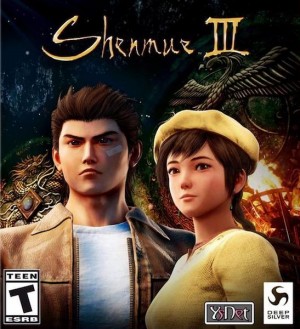 Summary: After 18 years, Ryo is back and he hasn’t learned a thing in his time away.

Concept: A sequel 18 years in the making that feels like it was made 18 years ago

Graphics: The world is filled with details and scenic shots. Character models range from realistic to cartoony, but they all mesh somehow

Sound: Music loops too quickly, and some of the voice acting made me cringe

Playability: Conversations are repetitive and often pointless. Combat is clunky and inconsistent. QTEs and minigames are sadly the most polished parts

Entertainment: Exploring small towns is still fun and rewarding until you have to engage in battle and dialogue. Then it falls apart

To Valhalla! A Look at the Norse-Themed Niffelheim, Coming Soon to Xbox One