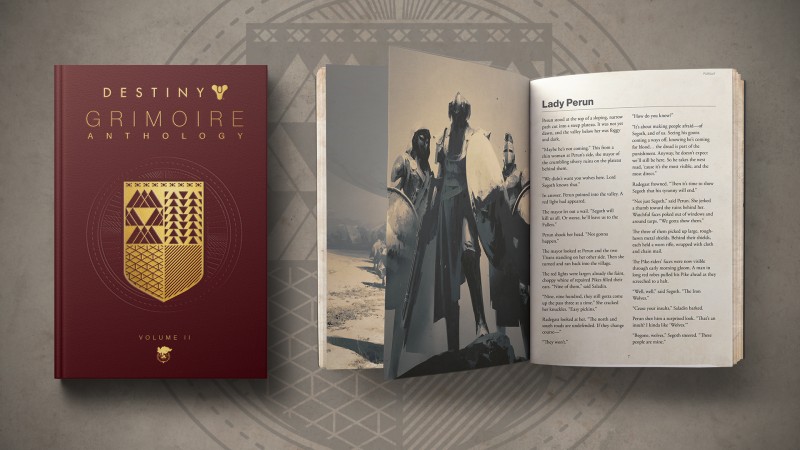 Destiny has a wealth of stories and lore to pour through, but it’s often buried in weapon descriptions and disparate passages. That can give it an alluring, mysterious air, but also makes some of it hard to parse. That’s why Bungie released an entire tome packed with lore entries late last year, and it’s also why it’s releasing a follow-up in October of this year.

Pre-orders for Destiny Grimoire Anthology, Vol. 2: Fallen Kingdoms go live on July 2, Bungie has announced. To celebrate the release of the book, Destiny will get a new emote, called “Consult of Archives.” Purchasing this emote in-game will give you a 20-percent discount on Fallen Kingdoms through the official Bungie store as long as you redeem the discount by July 9.

If you’re interested in catching up on Destiny’s lore before Shadowkeep, the book first volume isn’t available on Bungie’s store, but you can get it on Amazon.