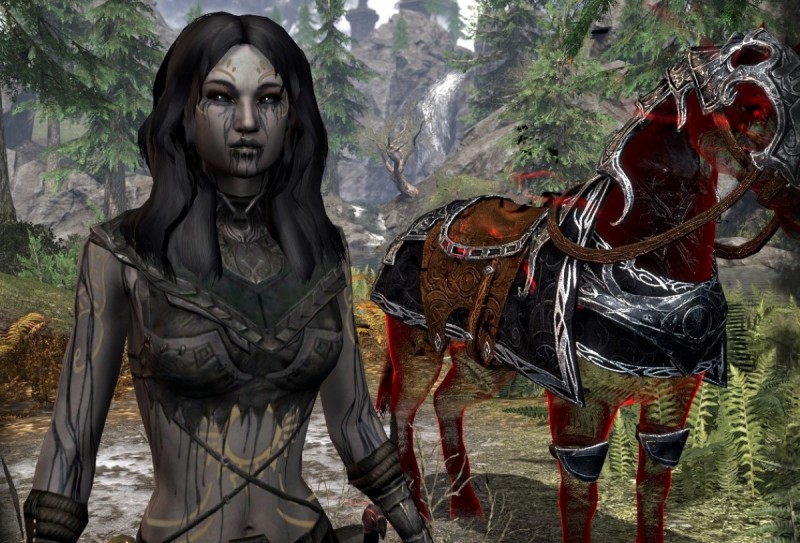 While The Witcher wasn’t a game adaptation (it was based on the novels that inspired the games), Netflix knocked bringing Geralt’s life to fans in a whole new way out of the park. With several other gaming adaptations in the works, it looks like a new TV series based on The Elder Scrolls is also coming down the pipeline, at least according to the most recent rumors.

Industry insider Daniel Richtman reported that Netflix is currently pursuing adapting Bethesda’s Elder Scrolls universe alongside the already-confirmed plans to bring the world of Fallout 4 into a series format over on Amazon. Neither Netflix nor Bethesda has confirmed these rumors, nor has an Elder Scrolls TV series been marketed in any way at this time. That being said, the TV streaming company has been transparent about looking to explore gaming worlds more closely, which would lend to the beloved franchise of Elder Scrolls being a no-brainer.

While I can’t confirm Elder Scrolls series news, I can confirm that there are five more gaming adaptations in the works over at Netflix that have yet to be officially confirmed. Earlier this year, I spoke with a representative of the company who confided that there are more projects in the works, including one that I would “really, really like.” With five yet to be revealed (and this number could easily change, some series ideas never make pilot), an Elder Scrolls adaptation makes perfect sense for those gaming-aligned goals for the streaming giant.

With The Elder Scrolls VI on the distant horizon and Fallout 76 finally getting its chance to shine through a complete overhaul of that online universe, an adaptation of both franchises would invigorate those already-active communities while offering an appealing way to dive right in for newcomers.

If you could design your own Elder Scrolls TV series, what storyline would you craft? Any favorite characters in particular that you would like to see front and center? Do you want to see an exact game adaptation, or simply something within that universe? Sound off with your thoughts in the comment section below and tell us what you think!

Return Of The Obra Dinn Hits Consoles This Month

Who Are Xbox Ambassadors?

Polygon: Nintendo has filed a multi-million dollar lawsuit against a ROM website