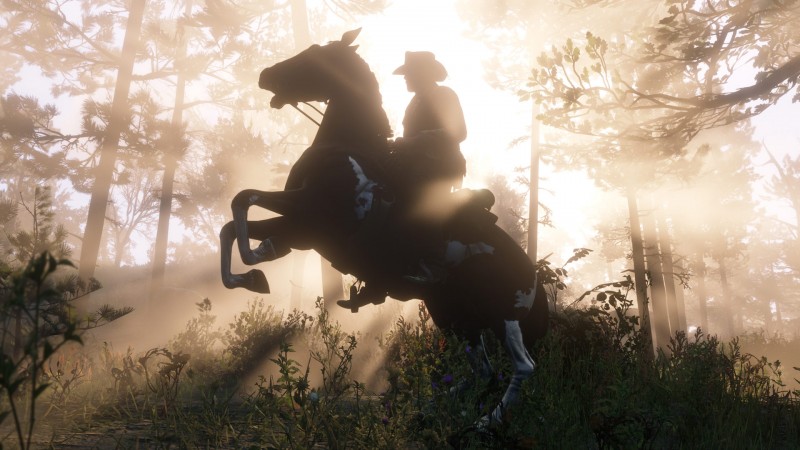 Despite releasing last year, Red Dead Redemption II has been in the news a lot lately, with new content in Red Dead Online and the announcement of a PC version scheduled to launch on November 5. On that latter point, Rockstar today revealed more information about what is going to be different about PC version compared to its console counterparts.

Gamers can obviously expect some graphical improvements that take full advantage of the hardware, like increased draw distances, improved lighting, and better textures. But beyond that, the PC version will also have new content that wasn’t in the previous release. That includes brand-new horses (and new variations of existing horses), three bounty hunter missions, two additional gang hideouts,  two new treasure maps, and extra weapons for the story mode (some of which are already in Red Dead Online), and more.

Players who pre-purchase the game via the Rockstar Games Launcher (until October 22) also get a bevy of other goodies, like a free upgrade to the premium edition, bonus cash for story mode and online, and a war horse for single-player. As another incentive, this deal also includes two free Rockstar PC games (selected from: Grand Theft Auto III, Grand Theft Auto: Vice City, Grand Theft Auto: San Andreas, Bully: Scholarship Edition, L.A. Noire: The Complete Edition, and Max Payne 3: The Complete Edition). You can get all the details at the official site.

You probably knew this already, but the original console release of Red Dead Redemption II was excellent (we gave it a 10), and these improvements may give everyone a reason to jump back in with the new version.