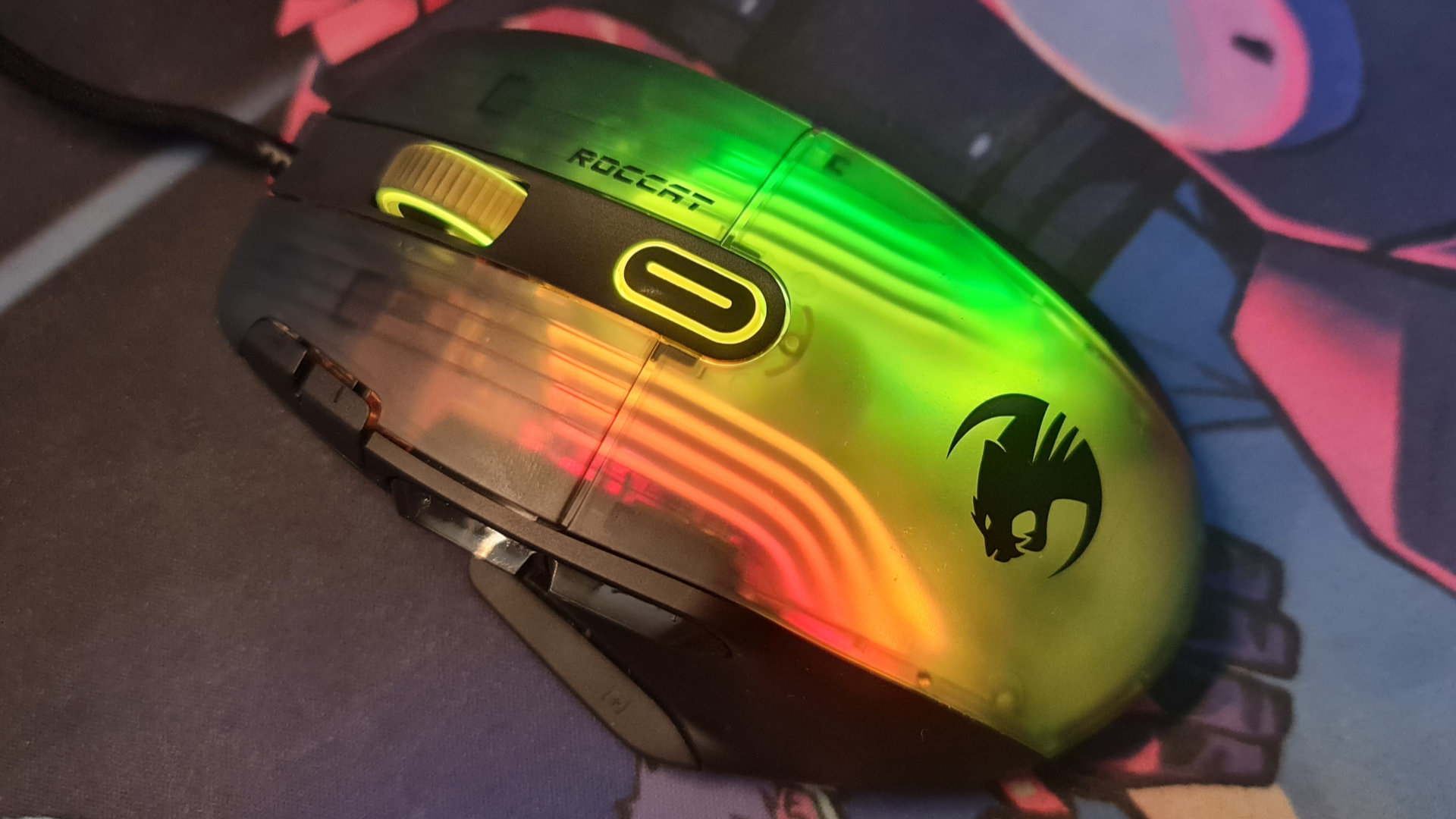 Before the Roccat Kone XP came into my life, it was pretty difficult to make a case for RGB lighting on a gaming mouse. After all, it doesn’t usually pack as much of a punch as the illumination on a gaming keyboard and you’re always going to cover it with your hand. But now, you can consider me fully converted, as Roccat’s ‘3D RGB’ lights thread your setup together in a way few other rodents can.

The headline feature gets its name from the way the lighting shines underneath the translucent shell, where eight pipelines filled with 22 LEDs beam brightly. The build itself is two-tone with a clear top and opaque, rubber sides so you don’t lose your grip. This might divide opinions when the lights are off, but it personally evokes nostalgia of the clear case Nintendo Game Boy and other tech that proudly displays its innards.

When the lights are on, however, Roccat takes it to the next level. It has the same 16.8 million colours we’ve come to expect on our glowing devices, but the Kone XP is the most vibrant gaming mouse I’ve ever seen and is sure to turn heads.