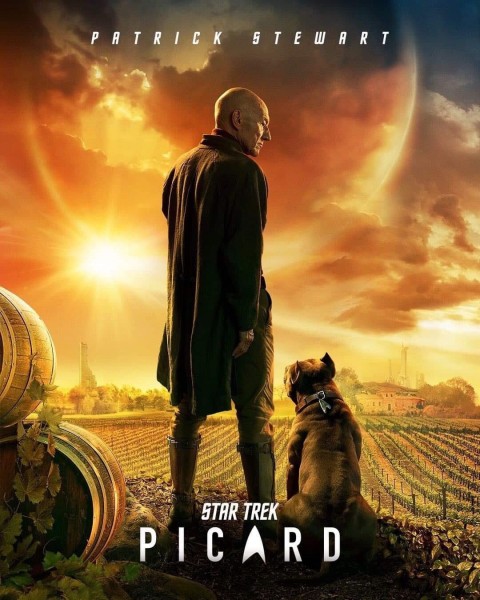 Slowly but surely, more Star Trek: Picard content is being revealed. The latest addition is this brand-new poster. Patrick Stewart returns to revitalize his role as Jean-Luc Picard in an upcoming CBS All-Access web series.

The recent teaser trailer was short, but our senior previews editor Matt Miller dissected what he could. So far, it has been revealed that Jean-Luc has taken up his brother’s passion as a winemaker after leaving Starfleet. Now joined by man’s best friend, he is left to face the concept of family legacy.

Patrick Stewart is going to make an appearance at San Diego Comic Con for a panel, and hopefully answering many questions about the upcoming project.