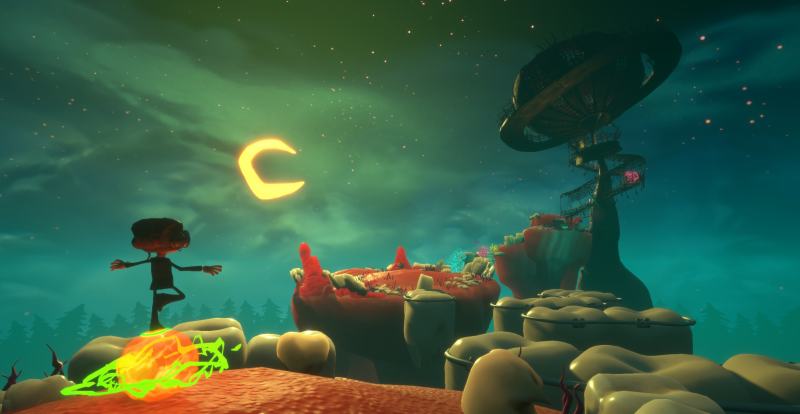 At E3 this year, Psychonauts made its first big splash in some time by coming out with a gameplay demo and trailer at Microsoft’s press conference. Developer Double Fine also announced that the studio is joining Microsoft’s umbrella as one of their first party developers. While this doesn’t affect where Psychonauts 2 is releasing, when Psychonauts 2 is releasing has seemingly changed, as Double Fine has announced a delay to next year.

The news comes in the form of a backer update through Fig, which Psychonauts 2 was crowdfunded and Double Fine head Tim Schafer is part-owner. After mentioning that the game is confirmed to still come to every platform it was promised for, the post mentions a delay for Rasputin’s next adventure.

“There really shouldn’t be too many other noticeable changes for you at all, at least not for a while…with one notable exception: We’re now targeting next year for release,” the post reads. “We know it’s always disappointing when you have to wait a bit longer, but we also know that you are an amazing, supportive bunch, who – just like us – want the game to be as good as possible. So we’re hopeful you’ll understand! <3"

It’s likely this has nothing to do with the Microsoft’s acquisition and more just the realities of making a bigger game at a smaller studio, but hopefully the title hits more toward the beginning of the year than the end of it. When it does release, Psychonauts 2 will come to PlayStation 4, Xbox One, and PC.