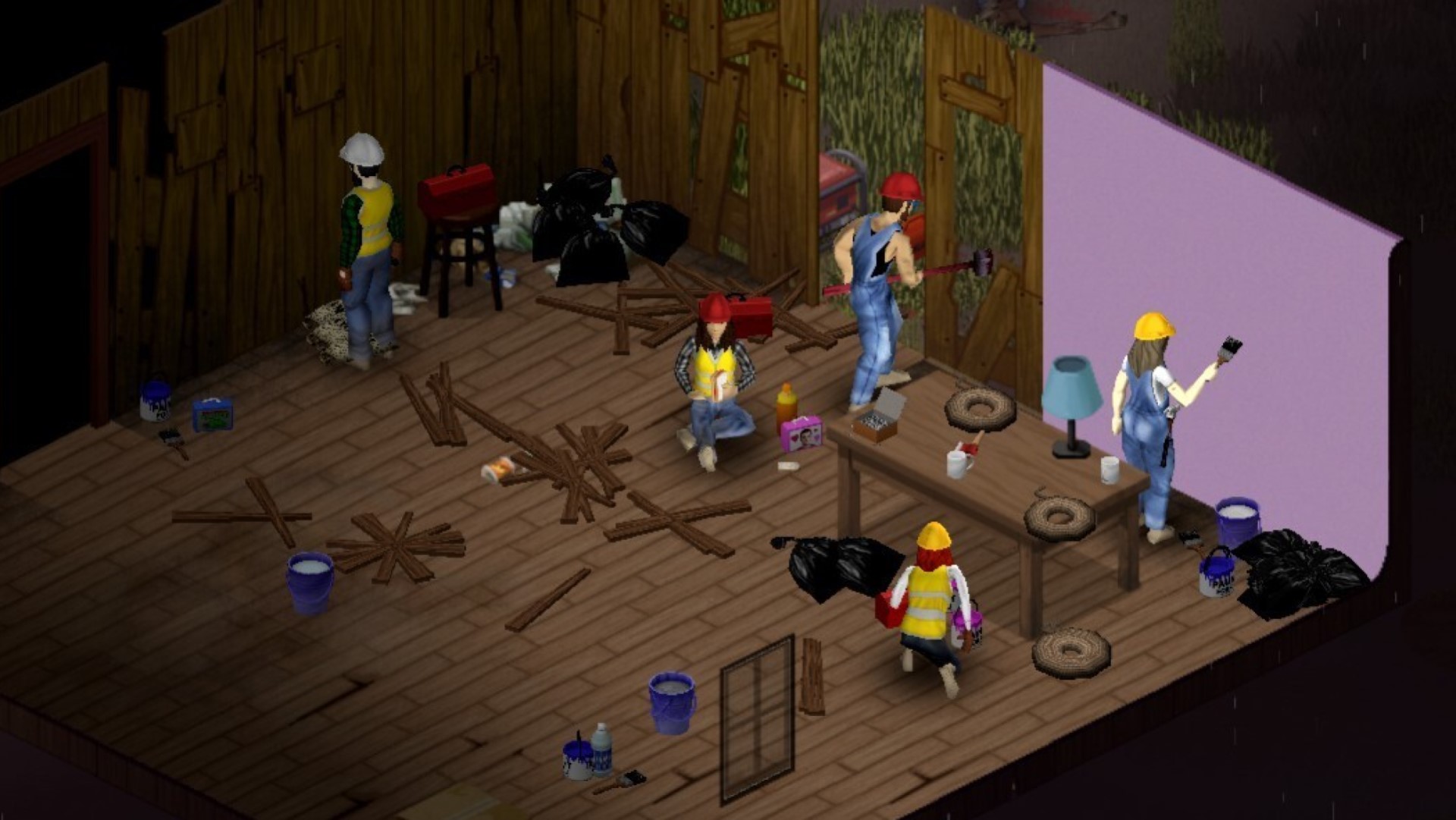 Now that everyone is settling into Project Zomboid’s lively multiplayer modes, developer The Indie Stone has its sights set on another transformational addition to the lo-fi zombie survival game. The NPC system, which the studio revealed earlier this year, is shaping up to be a complex narrative engine that generates detailed individual stories for each character – and you’ll be able to become part of any one of them.

The Indie Stone discusses the NPC system in a blog posted this week. When they arrive, Project Zomboid’s NPCs won’t simply be holed up in various houses or fortresses, they’ll be in the process of working toward their own goals, and they’ll be able to relate their stories to you around the campfire.

The post is an interesting peek into how games are made. Each NPC in Project Zomboid – once they arrive in update 43 – will start with a set of circumstances that determines the opening of their story. From there, the NPC system will send them out into the world, where the system will track where they are and what happens to them. A family might set out to reach the Louisville hospital when they discover one member has fallen mysteriously ill, but have to leave their vehicle when they encounter a military roadblock on the way.

Your father smells of elderberries in this Minecraft Monty Python parody

Warframe devs give another peek at Scarlet Spear, but cancel TennoCon 2020

CS:GO loudmouths will get automatically muted