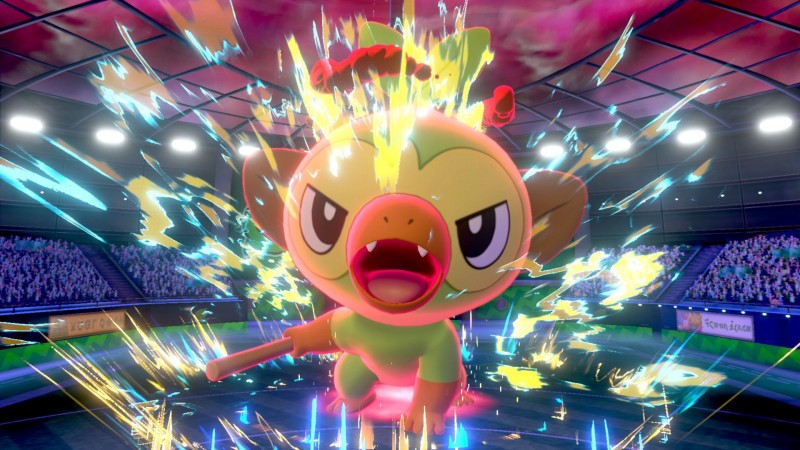 Rating: Everyone
Reviewed on: Switch

Throughout the history of the Pokémon franchise, each entry has introduced incremental new features and experimented with new mechanics to support your primary goal: traveling the world in search of the rarest and most powerful creatures. Pokémon Sword & Shield carry on this tradition, debuting a new wide-open area and supersized Pokémon in battles, without sacrificing the elements that made the series such a hit in the first place. While not every aspect of this new generation is perfect, Pokémon Sword & Shield bring several crowd-pleasing elements to deliver an outstanding new installment.

Despite the technological leap forward and the aforementioned experiments, the core tenants of the Pokémon series remain intact. You choose a starter Pokémon in your small hometown, then venture across the region and collect new monsters in a quest to defeat eight powerful trainers and gain access to the final challenges. Finding the right combination of Pokémon for pivotal battles remains fun, and I still get a kick out of creating overpowered teams through stat-boosting items and move-teaching TMs that let you bend the rules.

The turn-based battle system is simple and engaging thanks to tons of distinct Pokémon and moves to experiment with. While Sword & Shield deliver a mostly traditional experience, the new Dynamax mechanic adds new wrinkles. It allows one of your Pokémon to grow enormous once per battle for three turns. During that time, it’s bigger and more powerful, and I love the strategy it adds of choosing the right time to spend your Dynamax. Your A.I. opponents don’t put as much thought into their Dynamaxing; their patterns grow predictable, and surviving is just a matter of being prepared to weather the storm.

While the Dynamax mechanic has the potential to disrupt the flow of any battle, it doesn’t factor into most encounters, since it can only be used in gym battles and select other situations. I’m glad it can’t be used in every battle (compared to previous generations’ Mega Evolutions and Z-Moves), because it feels special and never becomes routine. When Pokémon grow into giants, the sense of scale is impressive, and the power they wield is amazing thanks to over-the-top animations showcasing the more powerful attacks; watching a giant fist plummet from the sky to obliterate your opponent never gets old.

After Sun & Moon did away with traditional gym battles, Sword & Shield bring them back. Gym battles take place in a sports arena with a screaming crowd that reacts to the action on the field, which is awesome and feels like a big event. But outside of the Dynamax mechanics, the battles play out the same as previous entries. Before you get to the gym battle itself, you must complete a gym challenge. These pre-battle tests task you with solving puzzles, battling a gauntlet of trainers, or other unique assignments. While I generally enjoyed them all, my favorite was a pachinko-meets-pinball minigame where you steer a capsule to navigate through a downhill maze.

While the plot is silly and the twists are visible early on, I love the way Sword & Shield introduce recurring characters throughout the adventure. Having the league champion pop up throughout the story, or running into the gym leaders in places other than the gyms makes your eventual encounters with them that much more impactful.

If you feel like breaking away from the linearity presented by the gym challenge, spend a few hours in the Wild Area. It provides a vast expanse full of different biomes and a fully controllable camera, and it breaks up the pacing. When you step into the immense Wild Area, the possibilities feel endless. You can wander and explore to your heart’s content, discovering an impressive spectrum of monsters to add to your party. However, once you really dig in and encounter higher-level Pokémon there, the façade of freedom and openness falls apart. Gym badges dictate the level of Pokémon you can to catch, a restriction that’s understandable early on when I can’t catch a level 26 Onix before I even reach the first gym. But being unable to even throw a Poké Ball at a level 56 Gyarados during my preparations for the final gym battle is annoying.

Despite this frustration, I still enjoyed exploring the Wild Area for hours. Finding new Pokémon to add to my team is thrilling, and the new Max Raid Battles, which pit four trainers against a powerful Dynamaxed Pokémon, are a great way to play with others cooperatively and bag some rare Pokémon in the process. This area is impressively large, but it feels barren. However, with so much terrain to explore and Pokémon to catch, I didn’t mind the empty space. An area like this is a dream come true for fans, providing a sense of wonder and exploration unlike what we’ve typically seen in the series – plus it’s a great place to grind to level up your party.

Unfortunately, you won’t find every species of Pokémon in the Wild Area or in other parts of the game, as Game Freak cut a large chunk of them from these titles. It’s disappointing to have so many classic and fan-favorite creatures missing from this game’s Pokédex, but with hundreds of creatures to catch and add to my party, it didn’t significantly impact my experience.

Pokémon Sword & Shield are strong first attempts for the series’ full transition to consoles. While some frustrations hold it back from true legendary status, this new generation proves the Pokémon franchise is still great more than two decades after its debut. 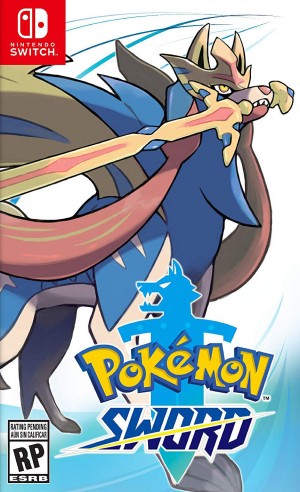 Concept: Introduce a new region and generation of monsters to a home console for the first time in the Pokémon series

Graphics: With big towns and bigger Pokémon, the sense of scale is impressively displayed with crisp graphics. The moves have never looked better, but the animations are still behind the times

Sound: Sword & Shield’s town themes are among the series’ best, but the digitized Pokémon cries and lack of voiced lines feels more antiquated with each passing entry

Playability: Pokémon continues to be one of the most approachable role-playing series thanks to an easy-to-navigate world, simple turn-based battles, and a friendly difficulty curve

Entertainment: The compelling formula of simultaneously building your collections of monsters and gym badges has proven timeless, but the new additions and enhancements show Pokémon isn’t done evolving

Five Fun Games You Can Play In 15-Minute Chunks

Resident Evil 8 is first-person and has proper zombies, as further sources report