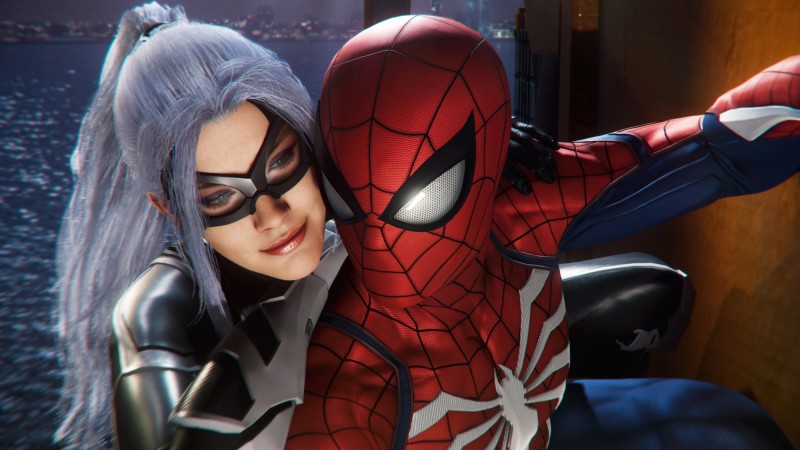 Marvel’s Spider-Man is a great game worth replaying but maybe you don’t want to start the upcoming Remaster from scratch. Never fear, because Insomniac announced on Twitter that players can export their Spider-Man save data from PlayStation 4 to the Remaster on PlayStation 5.

Insomniac says the update should arrive “around Thanksgiving.” That would be the week of November 26 for any non-Americans. Insomniac hasn’t yet specified how the export process will work exactly. Since Spider-Man is backwards compatible on PS5, perhaps there will be an option to move save data from there.

For those wondering about Trophies, the Remaster has a separate Trophy list, meaning you can Platinum the game again. Whether or not those Trophies unlock instantly once your save data transfers over is unknown. The update will also bring Spider-Man Remastered’s three new suits into the original game: The Amazing Suit, Arachnid Rider, and Advanced Armored. Insomniac had previously promised these suits would come to the OG edition so it’s great that the developer is killing two bi-er-spiders with one stone.

Marvel’s Spider-Man Remastered launches November 12 and can only be accessed by purchasing the Ultimate Edition of Spider-Man: Miles Morales for $69.99. However, those who buy the standard edition of the game can upgrade it to the Ultimate Edition for $20. Spider-Man Remastered features graphical and performance upgrades, a newly-designed Peter Parker, and The City That Never Sleeps DLC.

For more on Spider-Man: Miles Morales, check out our review. Be sure to also take a look at our PlayStation 5 review.

PlayStation Now Adds The Witcher 3, Sonic, Slay The Spire, And More In June