At PAX West 2019, I checked out an incredibly ambitious tactical MMO experience from 2Dogs Games, Destiny’s Sword. Destiny’s Sword features real-time, squad-based tactical combat with tons of customization, but the most interesting aspect of the game is its MMO nature – up to 32 people can be involved in a single battle, each with their own squads. There are plenty of tactical games out there that are content to be “XCOMlikes” but Destiny’s Sword is trying something different born from that same tactical DNA.

From your command center and base of operations, you can form squads, equipping your ranks with gear, abilities, and more. Sometimes your squad members will need extensive healing after a mission, and they can die permanently – and often will. Even if your character’s don’t die, their time with you is still limited, as after a certain number of missions they will retire from service. Managing your characters is a game in itself, and it includes emotional aspects. Destiny’s Sword features a system where you have extensive conversations with your characters, from mundane queries like how their day was to the loss of loved ones, battlefield trauma, or addiction. Forging relationships with your crew is important, and your choices can convey a host of emotional responses from love to terror – and that translates to some of their performance on the battlefield. 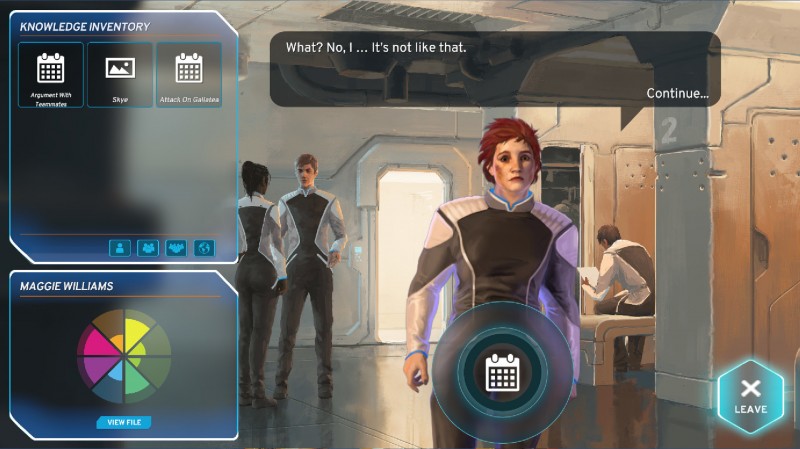 The battlefield itself is real time, but it’s essentially cleverly disguised turn-based fare based on cooldowns and abilities. Your characters fire automatically, but all of your big plays come from skill cards that you can time for powerful heals, burst damage, or other crucial battlefield effects. The weather and battlefield conditions must also be taken into account, certain characters may fight better in the dark, or you may want to bring electrical weapons into play if you’re expecting rain for shocking results.

You have a slew of activities to chose from for planning out your progress. Destiny’s Sword comes with a full-on campaign, standard missions you can tackle, boss battles that you can take on with other players for valuable loot, and even a giant faction-based PVP war that you can join in on. Whatever you choose to engage in, you’ll probably end up with some fallen soldiers, some emotionally-scarred crew, some loot, and many more options and decisions to make from your command center. It’s a tactical game with what essentially boils down to a MMORPG loop, which is fairly rare and more than a little enticing. I’m eager to start building the perfect team when Destiny’s Sword goes into open beta on PC next year.

Reggie: Nintendo’s Diagnosis Of The Industry Before Wii Was “Too Much Complexity, Too Many Sequels”