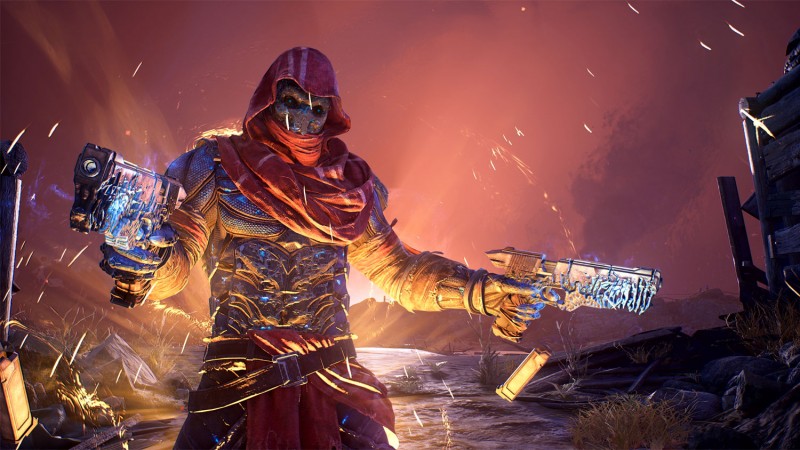 Shooter/RPG Outriders has been delayed to April 1, nearly two months after its original February 2 release date. Developer People Can Fly tempered the bad news by announcing that a free demo will be available on February 25 to give eager players a big taste of what’s in store.

In a message posted on the game’s Twitter account, People Can Fly explains it plans to spend the extra development time “fine tuning the game and focusing on delivering a fantastic play experience at launch.”

For those bummed out about the wait, the February demo gives players the chance to play Outriders’ opening hours and all four classes (Trickster, Pyromancer, Technomancer, and Devastator) will be available. The demo can be experienced solo or with up to three players in co-op, and your progress and character can be transferred to the full release; the chef’s kiss of any demo. As People Can Fly puts it:

“We believe it’s important that players get to experience a new IP like Outriders before release, so that you can decide for yourselves whether the game is something you wish to pre-order, purchase or play.”

Outriders blends shooter gameplay with RPG and loot mechanics. Set on the hostile planet of Enoch, players control one of four classes of customizable, super-powered characters with abilities ranging from time manipulation to bullet reflection. An arsenal of over-the-top weaponry compliments these abilities. As excited as we are to play it, it’s always better in the long run to delay a game if it needs more time in the oven. Outriders is launching to PlayStation 5, Xbox Series X/S, PlayStation 4, Xbox One, and PC.

You can check out Outriders’ most recent trailer from the Game Awards here as well as our entire hub of coverage, including our cover story.

Godfall Among Next Gen Games Retailing At $70

Orange Cast, a Russian spin on Dead Space and The Expanse, has a free prologue out now