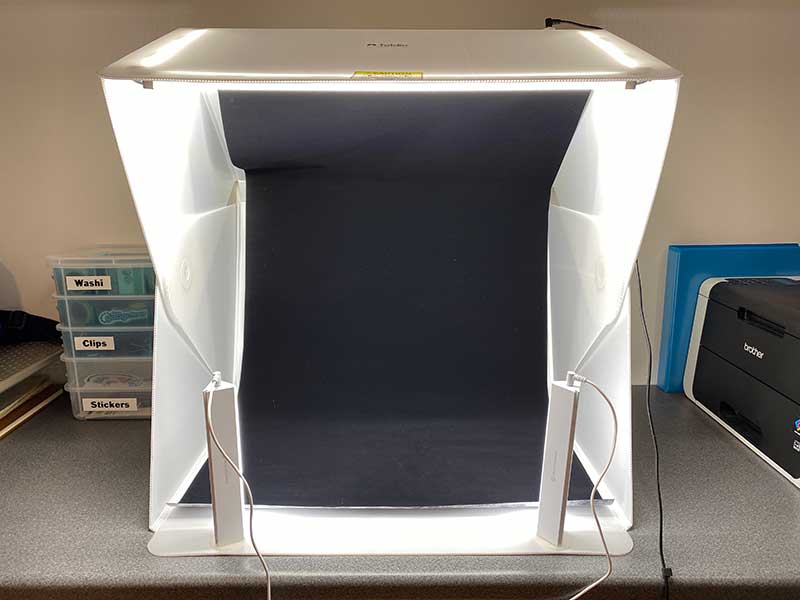 REVIEW – What is the most important element that you need to have in order to take great product photos? Lighting. But the problem with lighting is that it can cause harsh shadows. That’s where a tabletop photo studio can really make a big difference and today I want to show you the Orangemonkie Foldio3 portable photo studio and Foldio360 turntable. Let’s take a look. 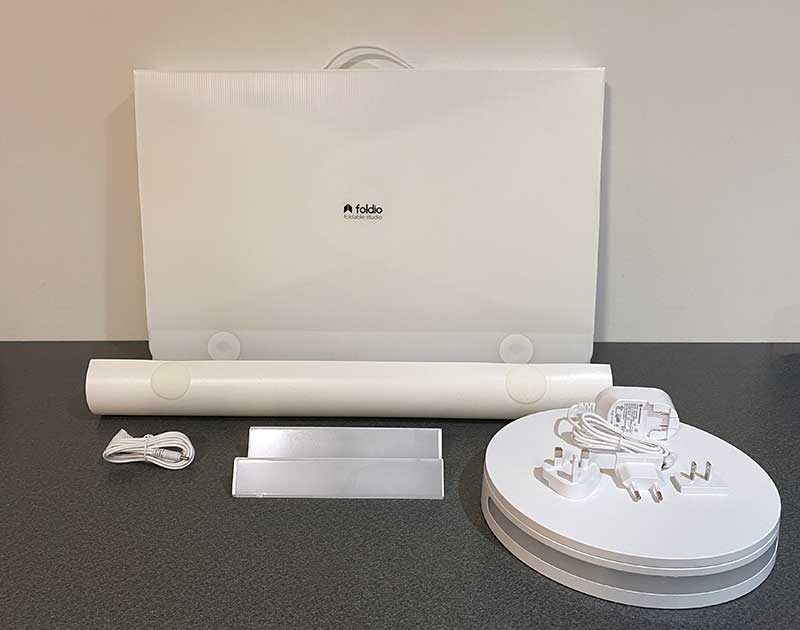 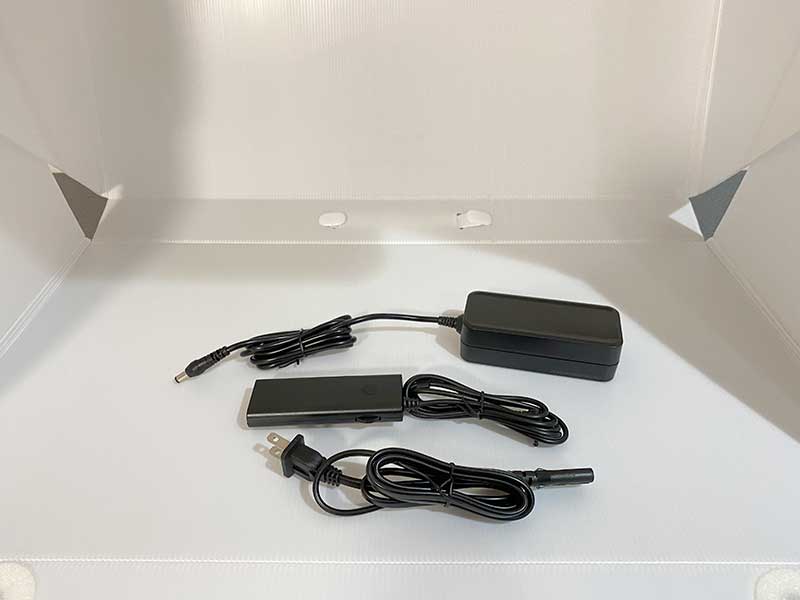 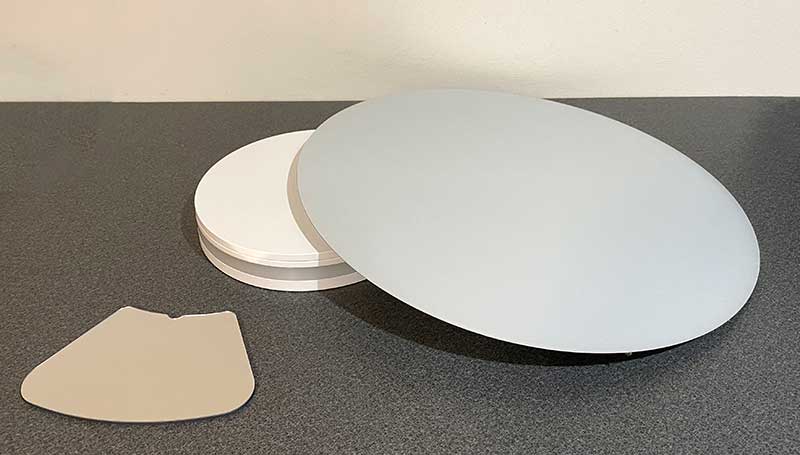 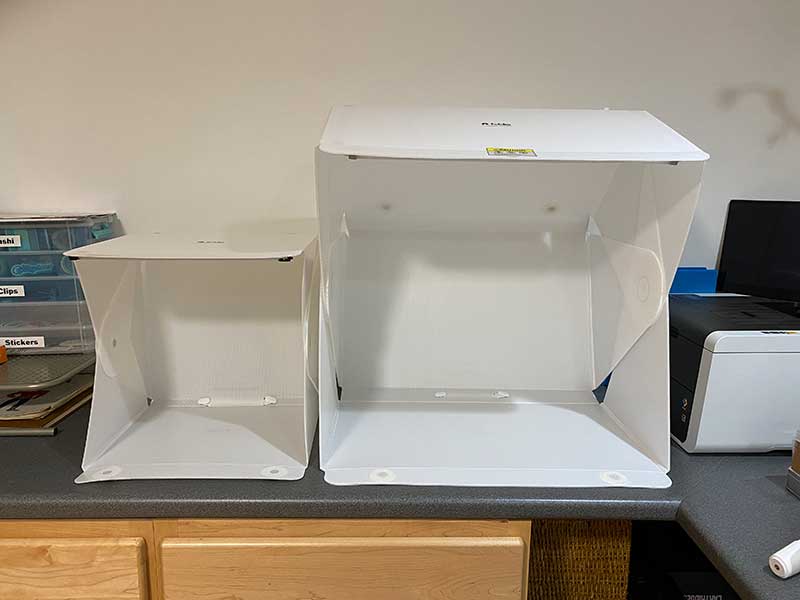 I reviewed Orangemonkie’s original Foldio 5 years ago. You can see it in the image above on the left. It shows how much larger the new Foldio3 is in comparison to the original. 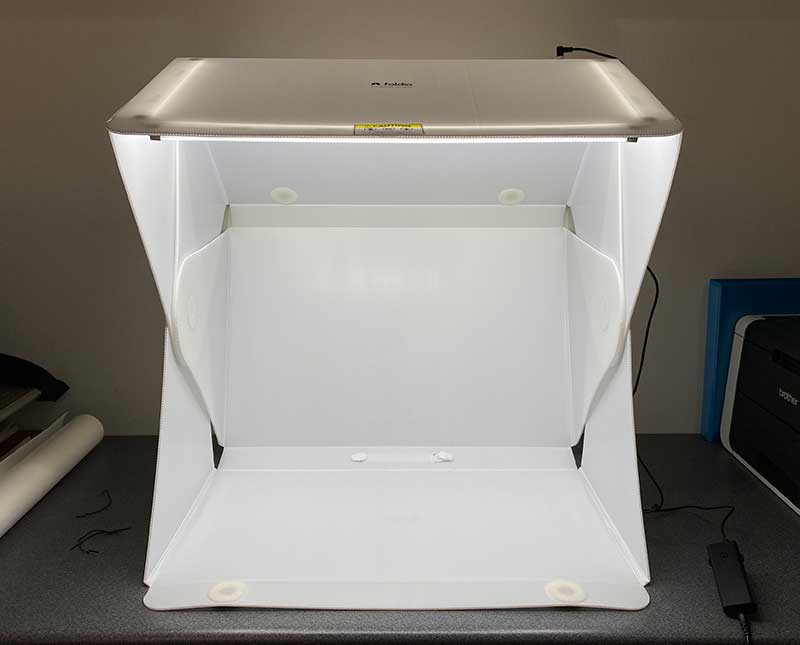 The Foldio3 is made of a flexible white corrugated plastic that has the same type of flap design as the previous Foldios that have embedded magnets that allow it to unfold from a briefcase format into the studio that you see above. 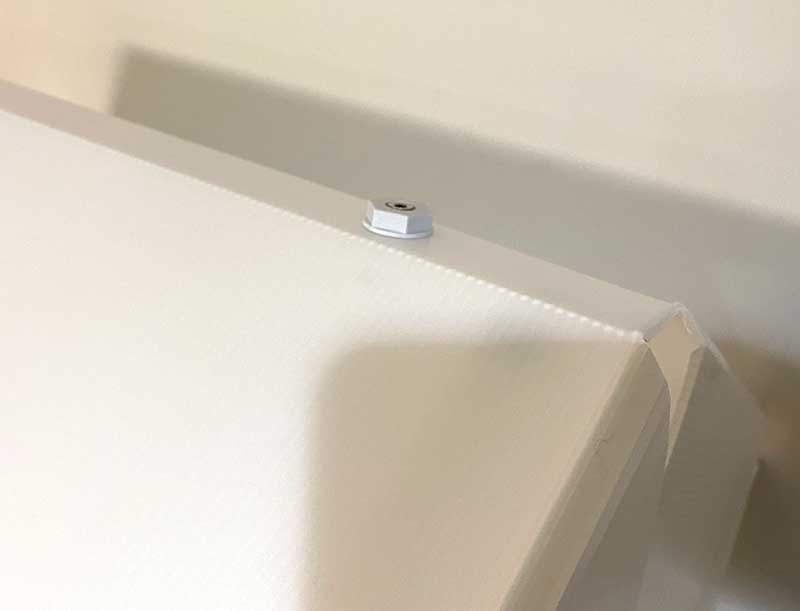 On the “roof” of the Foldio3 you will find a power socket. 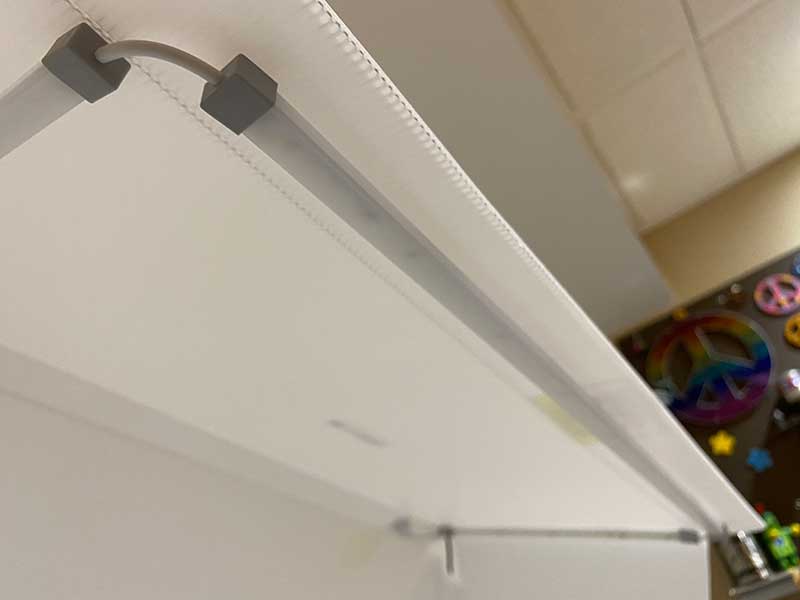 Inside the Foldio3 there are 3 LED light strips. There’s one under the front flap of the “roof” and one on either side, which creates a U shape. 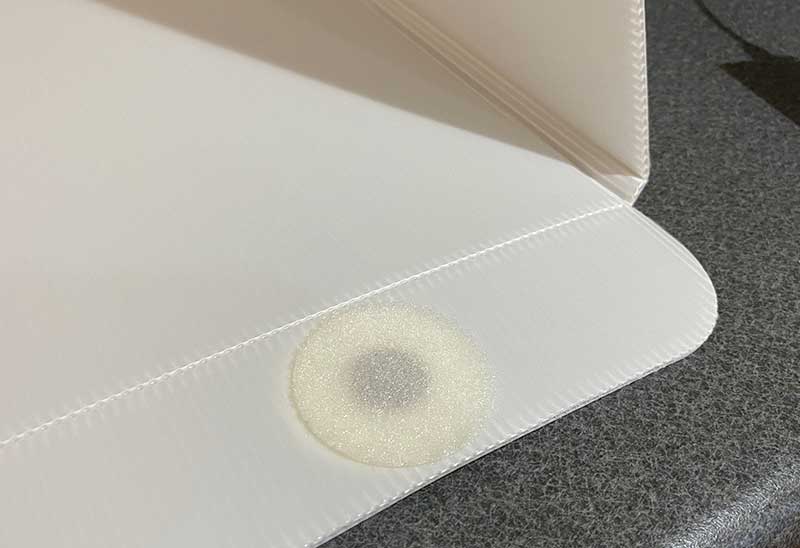 There are several Velcro/magnet disks inside the studio that are used to hold the included backdrops. 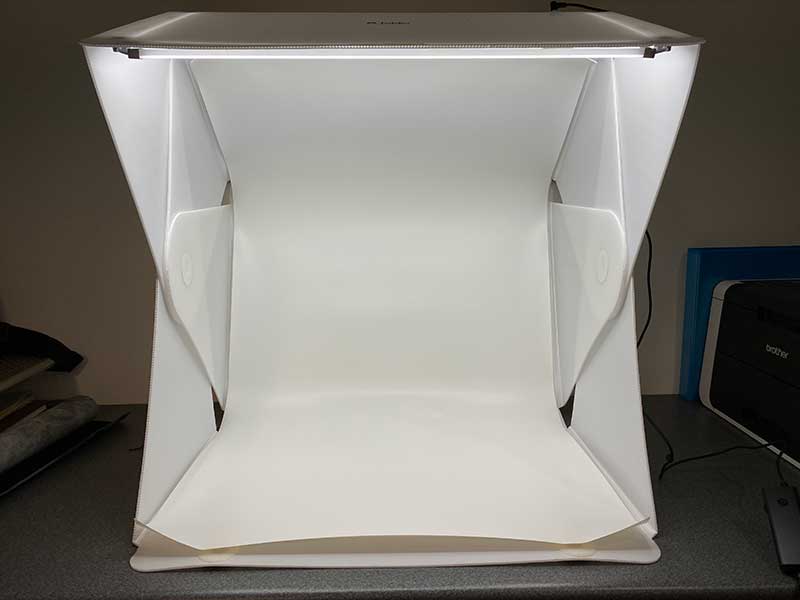 The white backdrop is made of a flexible plastic or nylon material. 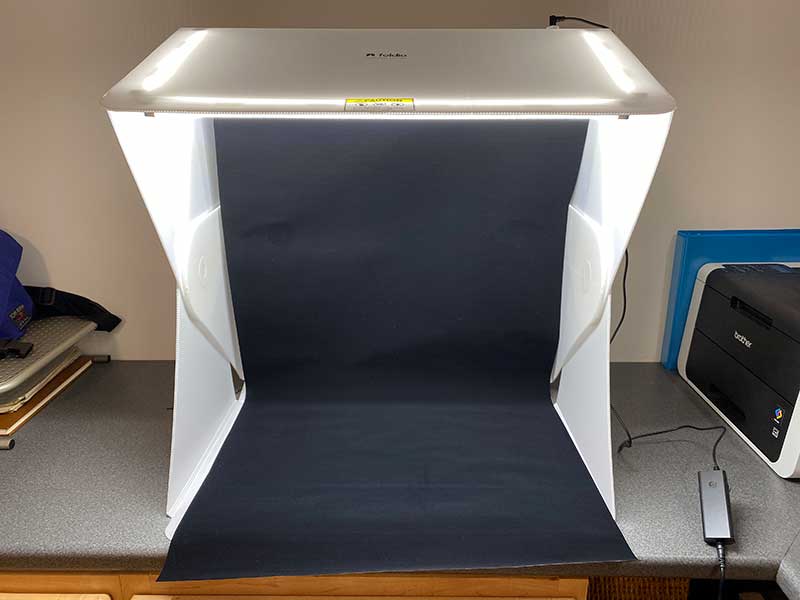 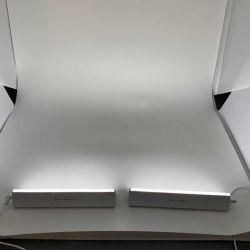 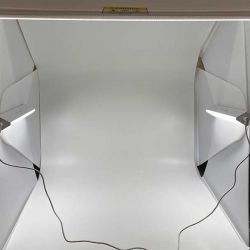 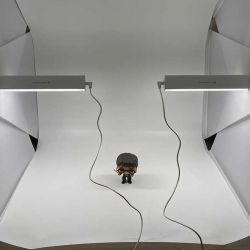 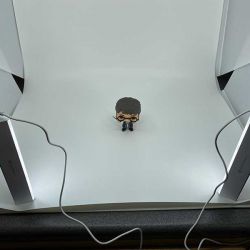 Although the Foldio3 has 3 LED light strips that light the object from above, the full set also comes with 2 Halo light bars that have magnets in their base. These light bars can be placed in a variety of ways to perfectly light your subject. 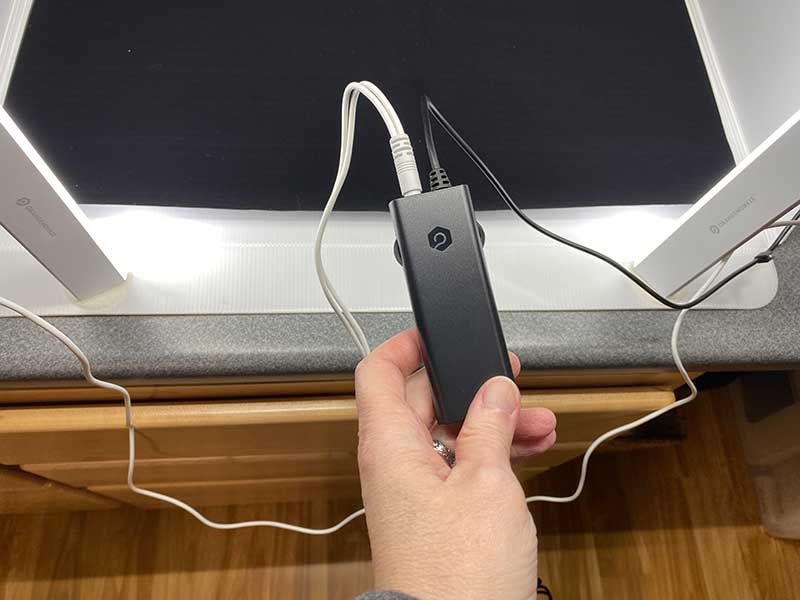 A dimmer controller is included that provides 2 thumbwheels that individually control the LED light strips built into the Foldio3 and the two Halo light bars. 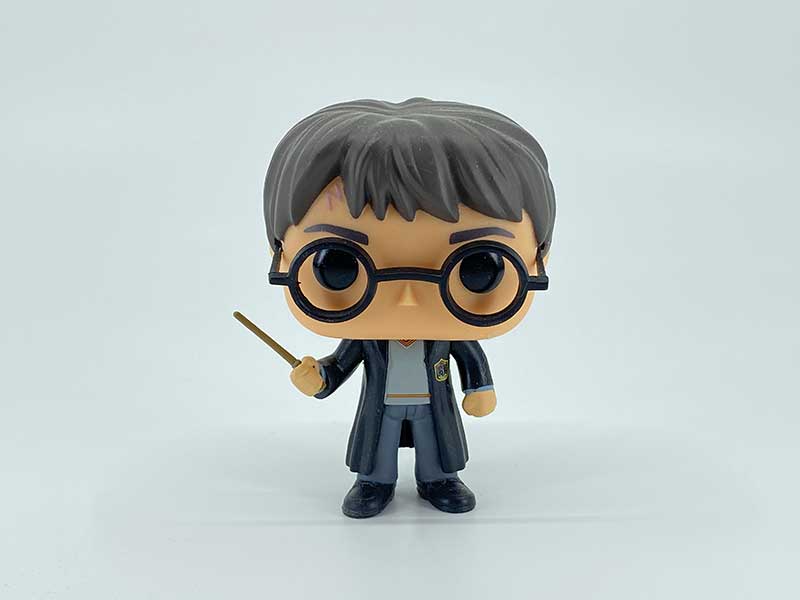 Here’s a sample image that will give you an idea of what you can expect as far as lighting the object. 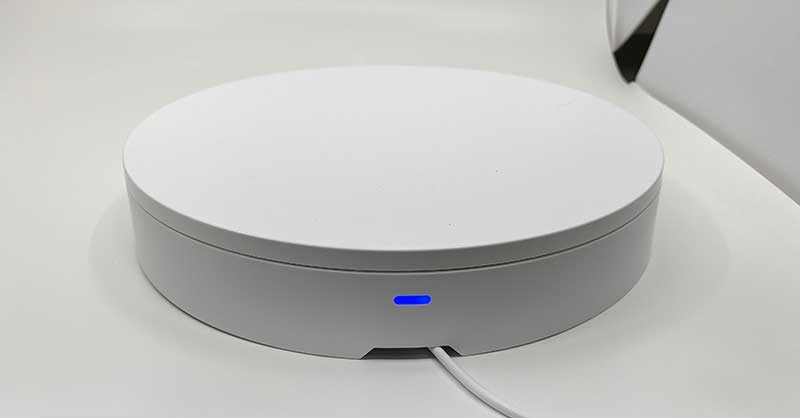 If you want to take your product shots to the next level, there’s the Foldio360 turntable that lets you make animated 360-degree animations. 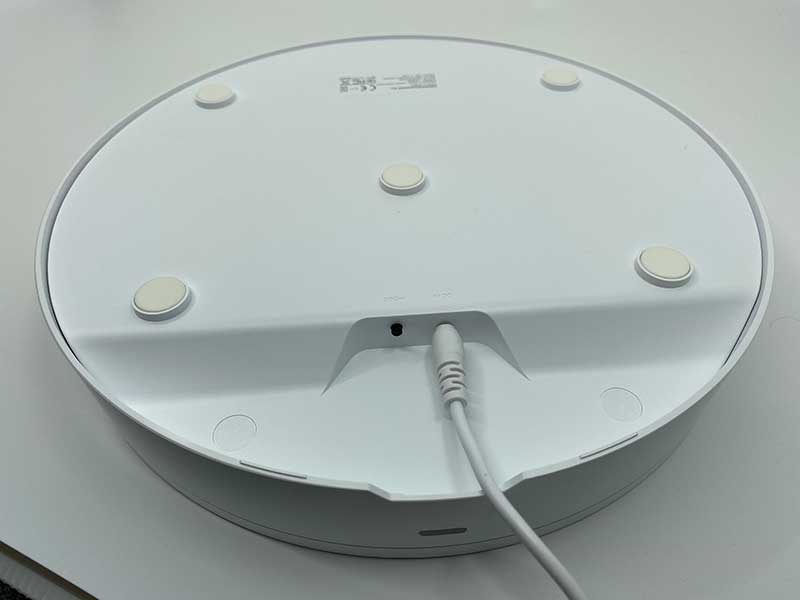 The Foldio360 turntable has its own power cable but unfortunately, it doesn’t plug into the Foldio’s lighting controller as the Halo light bar do. It’s also a shame because the cord for the Foldio360 is pretty short at only 46 inches long. 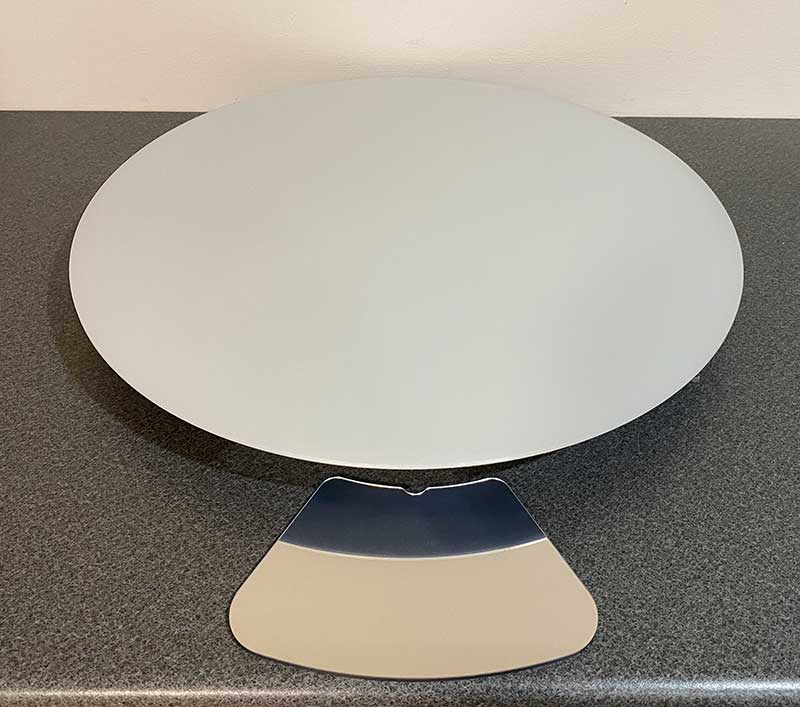 The Foldio360 turntable is 9.75 inches across. If your object is too large for it, you can use the expansion platform that rests on top of the turntable to give you 4 times more space with a 19-inch platform.

The expansion kit also comes with a reflector that is useful if you are going to use a DSLR camera because it can control the turntable with IR.

To make 360-degree animations with the Foldio360, you have to use the Foldio360 app with your smartphone. The app allows you to set the number of images (24, 36, or 48) and the speed (1, 2, and 3 times) of the turntable to create the animation. The video below shows how it works.

The app will also let you change the brightness and color temperature of the object. Other features allow you to set the resolution and center the animation… but those features are only available if you pay $2.99 to unlock them. This is super disappointing that Orangemonkie makes you pay extra for features that should be part of the original cost of the Foldio360 turntable.

Here’s a quick video that shows two 360 degree animations that you can export from the app.

You can also save the animations to the cloud and share the URL. Here’s an example of that.

Use your mouse or finger to spin the object.

All in all, I found the Foldio3 and Foldio360 easy and fun to use. Things to consider are that you’re going to need a table/space to set up the lightbox because it’s large. You’re also going to need a way to store everything when it’s not being used. The Foldio3 folds up nicely, but there’s the question of what to do with the turntable, cords, backdrops, Halo light bars, and the extension platform for the turntable.

Tabletop photo studios like the Foldio series are wonderful tools for content creators and reviewers like me. They provide an all-in-one system for taking product shots that are well lighted. The only thing missing from this setup is a tripod that you’ll definitely want to invest in. But once you have this full set and a tripod, you’re pretty much set for small to medium-sized object photography.

Price: $359.00
Where to buy: OrangeMonkie and Amazon
Source: The sample for this review was provided by OrangeMonkie.