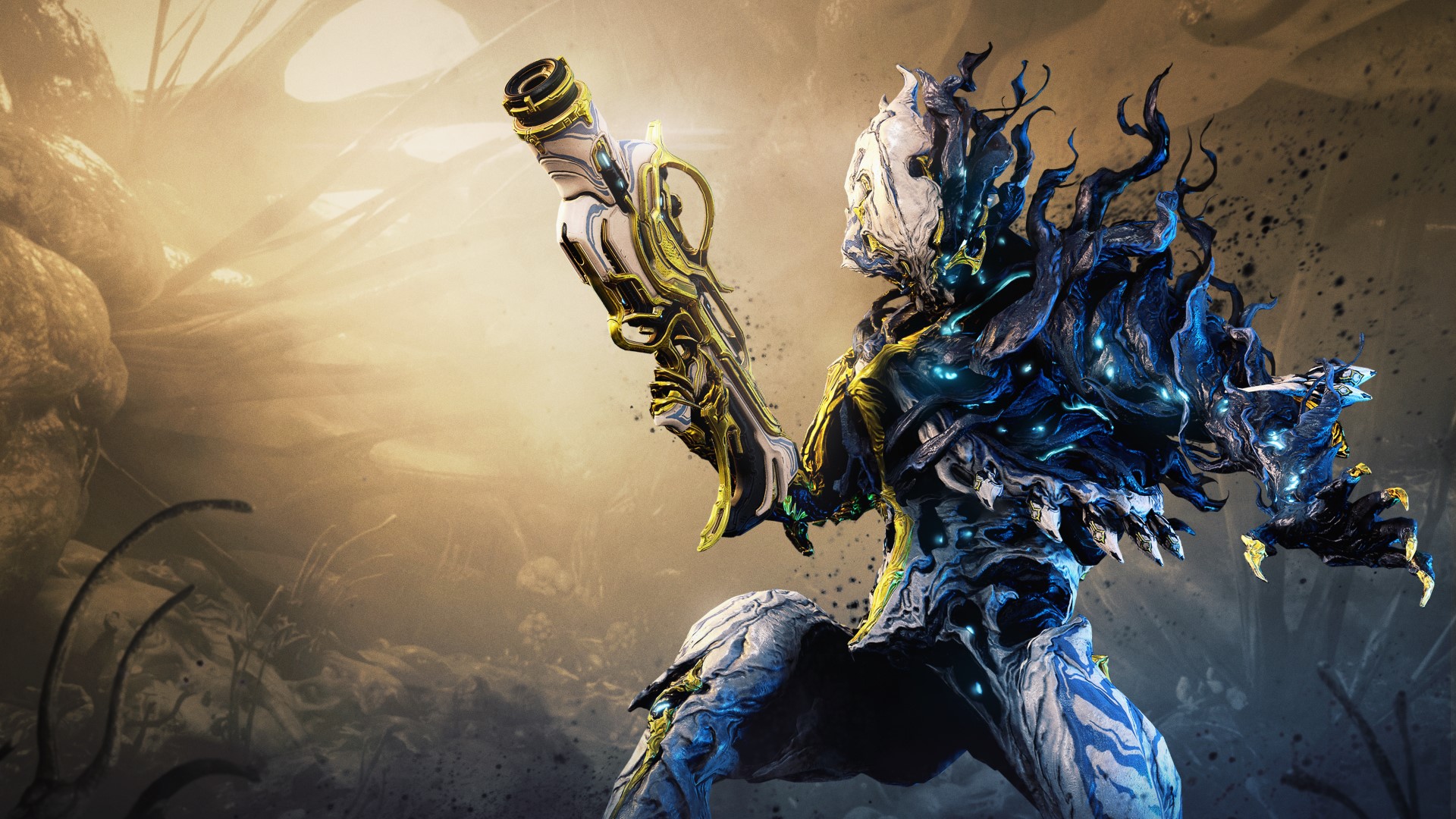 With Gara Prime leaving the Prime Access rotation September 8, Warframe is gearing up to unleash the revamped Nidus Prime on the space-traveling MMO. Along with this new premium warframe, September 8 with also see the return of the Operation: Plague Star event – providing players with the opportunity to earn the Grineer Ghoulsaw as a reward.

Nidus has always embodied Warframe’s infestation theme, and the Prime version of this warframe dials that up to 11. Nidus Prime is still all muscle and skeletal spines, but now he’s also rippling with dark tendrils of infested tissue that whip around off his arms, shoulders, and skull. He, along with his signature weapons, also has the signature glint of Prime gold highlighting. In short, it’s a badass-looking warframe.

Operation: Plague Star runs Sept. 8-30, and that will send you to the Plains of Eidolon, where you’ll be doing battle with all manner of infested lifeforms that are trying to reach the village of Cetus. You’ll need to raid Thrax Toxin from the Grineer, mix it into a usable bioweapon, then capture a drone to deliver it to the alien boil that’s causing the infestation. Each time you do, the boil will send out new infested creatures, each wave more powerful than the last.

Destiny 2 is getting pursuit weapons again when Beyond Light arrives