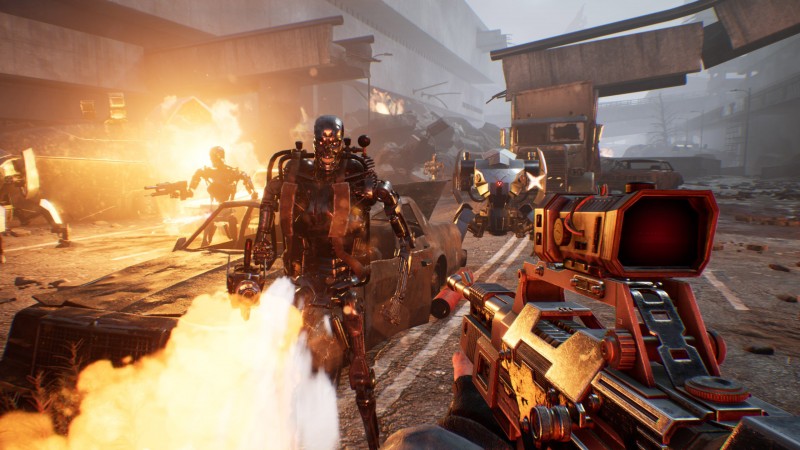 Terminator characters are making cameo appearances in Gears 5, Ghost Recon: Breakpoint, and Mortal Kombat 11, but come December 3, you will see them in their own environment in Terminator: Resistance, a new game developed by Teyon and published by Reef Entertainment. Terminator: Resistance is a single-player shooter set 30 years after Judgment Day. You assume the identity of Resistance Pacific Division recruit private Jacob Rivers, and are tasked to combat Skynet in the streets of Los Angeles.

Rivers can either mow down the robot foes with guns a blaze or use stealth techniques to knock them offline, both in critical path missions and side quests. Depending on how you do, you’ll change the outcome of the world, which is shown through multiple endings.

This isn’t Teyon and Reef’s first trek through licensed game waters. The studio also put out Rambo: The Video Game, which netted a 4 out of 10 review from Game Informer.

Pac-Man’s Creator On The Legacy, Pizza, And The Future

NPD: There were more video games released on the Switch in 2019 than the Xbox One & Playstation 4 combined