Control the might of water and trap your foes between waves as Yemoja, Goddess of Rivers, in the newest Smite update, now available on Xbox One.

Every river must have its beginning, and that beginning is Yemoja. The Goddess of the Ogun River is mother to the Yoruba pantheon, and from her floodwaters sprang the first mortals. She is the mistress of all rivers and the eternal guardian of the ancient mysteries of life itself. She cares deeply for all her children, be they mortal or god, comforting them and cleansing them of their sorrows. At Yemoja’s blessed touch, wounds are healed, and sickness is cured.

But even her kindness has its limits, and should she be roused to anger, she becomes as violent and as destructive as the most turbulent of floodwaters. All who would dare stand against her are swept aside by her roaring fury. 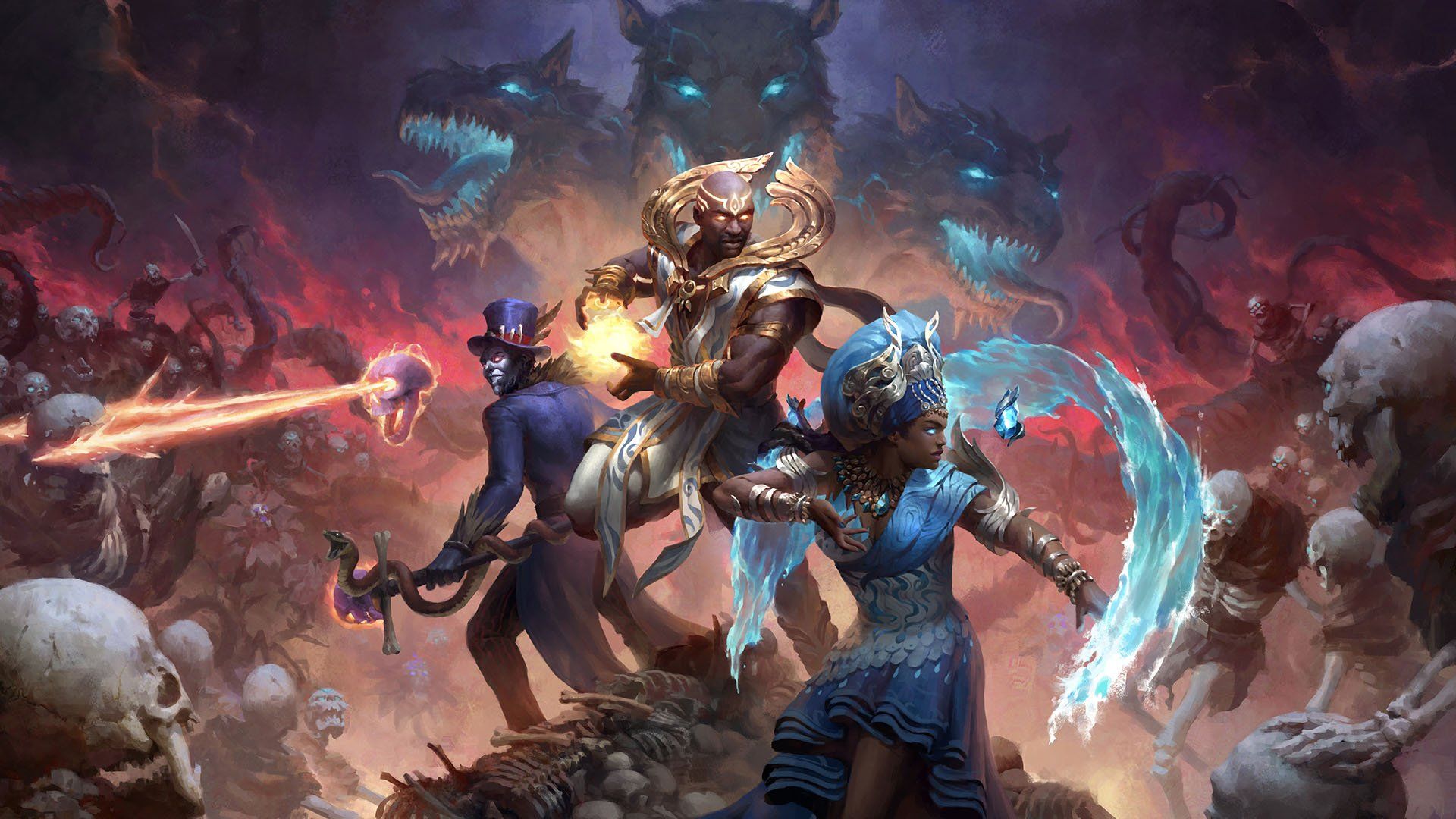 Content in her solitude, she has maintained her distance from the affairs of the gods but when Olorun sends his messenger, Agemo, for help, Yemoja ventures away from her home and straight to the depths of the Underworld in hopes to save humanity.

Yemoja’s primary themes include her powers over water and her helpful nature. Water can be deep and terrifying to many, but Yemoja is more specifically a goddess of shallow water that gives way to life and civilization. Her visuals and her kit are designed to support this theme.

Yemoja is a Guardian in Smite, a class defined by magical damage while having high health and protections. Guardians in Smite can be quite flexible, but Yemoja is intended to focus more on utility and healing rather than damage. Yemoja brings several unique features to the Guardian class, built around her abilities to heal and protect others through her use of water. Whether it be her Mending Waters ability that heals and shields her teammates, or her Riptide ability that provides Movement Speed and Protections, Yemoja displays her willingness to support her teammates. Plus: she’s not afraid to unleash her full power with River’s Rebuke which summons two large walls of water that block enemies that will cascade down and crash upon her foes. This healing, supportive, backline defender Guardian is an all-new role in Smite.

And we haven’t even talked about one of Yemoja’s most exciting features: Her all-new Omi resource system. Rather than gating the use of her abilities with mana or cooldowns, Yemoja can use her powers whenever she wishes… if she has built up Omi. This resource regenerates slowly over time, and allows her to play flexibly, mixing and matching and doubling up on abilities as you wish.

Also, in this update, our marquee event Odyssey: Underworld is in full swing. Be on the lookout for weekly content releases that include Persephone’s first skin: Cute Cultivator, and Wise Wizard Merlin, an Odyssey reward skin. Don’t forget that you’re still able to earn the fan favorite Thanatoast Thanatos skin as well as purchase the Tier 5 Stellar Demise Baron Samedi. There’s a ton of amazing things to explore in this new update, and we must tell you about one more before we leave. The fan favorite Classic Joust mode is back, but this time it’s spooky! Celebrate the season with this ghoulish twist on our classic 3v3 game mode.

Thanks so much for reading. We hope you’re as excited as we are about Yemoja, Odyssey: Underworld, and Classic Joust. We can’t wait to see you in the Battleground of the Gods!

Smite is available now as a free to play title for Xbox One on the Microsoft Store. Click here for additional details.

8 Tips You Should Know Before Jumping into Necromunda: Underhive Wars

Inside Xbox Returns Tuesday with Grounded and More