New Cyberpunk 2077 Gameplay Shows Off New Porsche, Ability To Summon A Car Like Roach In Witcher 3 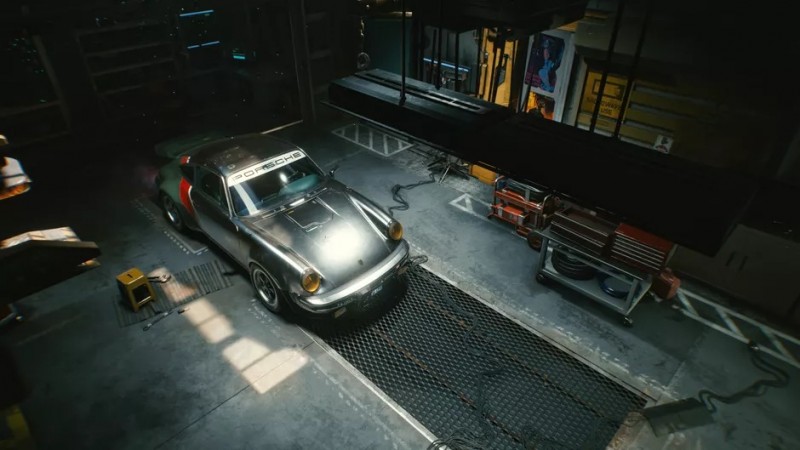 We’ve got some new Cyberpunk 2077 gameplay to feast our eyes on and this time, the Night City Wire showcase was all about those sick rides. From super-futuristic high-speed cars to a tricked out 1977 Porsche—even giant drivable piles of garbage—Cyberpunk 2077 is really leaning into that “gotta go fast” lifestyle.

Episode four of Night City Wire is now a wrap and it showed off the different classes of vehicles that players can use to take over the criminal underground. CD Projekt RED has mentioned in the past, quite a few times, that driving in Cyberpunk 2077 will feel “different” from what driving game fans might expect. The on-the-road experience is also very customizable from the different speeds to various features seen in each ride.

While hunk of junks are cool and all, let’s talk about that Porsche. “Johnny’s a legend of the Cyberpunk universe. When thinking about what kind of car he’d be driving through the streets of Night City, we knew it would have to be one just as legendary as he is. Having Johnny’s story in mind, and being huge fans of Porsche ourselves, the answer could only be the classic 911 Turbo,” said Paweł Mielniczuk, Art Director of Characters, Weapons, and Vehicles.

As for what driving will be like, and how accessible it will be, the studio confirmed that players will be able to summon their vehicles pretty similarly to how they summoned Roach in The Witcher 3. Just … no cars on the roof, please.

Spiritual Successor to the Momodora Series, Minoria is Available Now on Xbox One