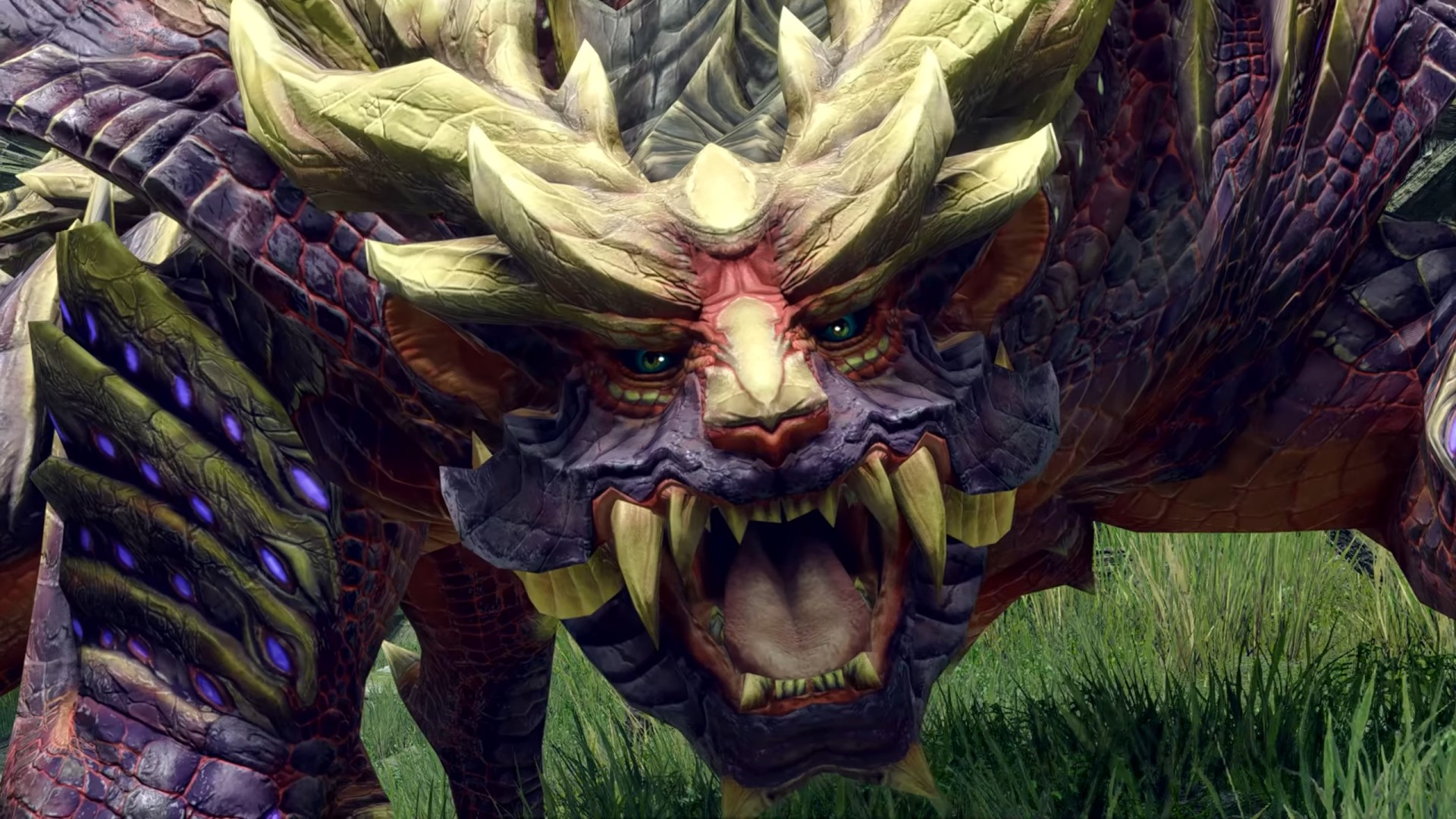 The Monster Hunter Rise PC release date is only a couple weeks away now, and the upcoming PC game is going to look a fair bit crisper than it does on the Nintendo Switch. Capcom has been sharing bits of information about the PC edition, including a couple quick videos of two of Monster Hunter Rise’s most iconic beasts in all their 4K glory.

First up is Magnamalo, Monster Hunter Rise’s ‘cover’ monster, who is making their first appearance in the series in Rise. Magnamalo is a fanged wyvern with purple and yellow armour plating covering its body, which is shaped a bit like a tiger. The PC version of Rise supports 4K monitors and has textures to match, which allow you to pick out far more fine detail in the beast, as you can see below.

Another video shows off returning Monster Hunter favourite Rathalos as it appears in Rise for PC. Here again, you get much more fine detail on the scales, skin surfaces, and eyes. The clip provides the best look you’re likely to get at the detailing on Rath’s wingtips, thanks in a large part to the fact that this one is standing still – which you’re unlikely to see Rathalos doing very often in-game.