Looking Back On Final Fantasy X With Producer Yoshinori Kitase

As a series, Final Fantasy has a reputation for showcasing the best of what a console can offer. When Final Fantasy VII released on the original PlayStation in 1997, it effectively used the hardware transition to usher in a new era of era of role-playing games with 3D graphics and cinematic cutscenes. The leap between PlayStation and PlayStation 2 was less drastic visually, but as the first entry on the new hardware, Final Fantasy X led the charge into a new realm of storytelling.

Many things that define Final Fantasy X simply weren’t possible in previous installments, even beyond the obvious upgrade in graphical quality. It used 3D environments throughout rather than 2D backdrops in towns and dungeons. It eliminated the divide between the overworld and other locations, giving the world a more vibrant and connected feeling. The implementation of voice acting let players hear the phenomenal cast come to life – even if some people mock the forced laughter from heroes Tidus and Yuna in one scene (which, for context, is explicitly about them forcing laughter). All of these elements might seem like standard parts of Final Fantasy today, but they started with Final Fantasy X.

This entry also represented a strong thematic evolution for the series. In the world of Spira, a current of loss runs through everything. A beast named Sin destroys towns and kills indiscriminately, and summoners must sacrifice their lives to stop Sin and buy a few years of peace – but the creature always returns. On top of that, the characters are also living in the shadows of those who came before them; Yuna wants to live up to her father’s example, and Tidus wrestles with how his father failed him. These struggles manifested clearly because the characters could talk and their faces could express more emotion, and the unique mixture of sadness and hope resonated in way that few video game stories had achieved.

That’s only scratching the surface. A clever queue-based battle system allowed players to swap allies in or out, and a variety of minigames (including Blitzball, which is basically underwater soccer) added variety to the journey. This combination of fun mechanics and storytelling was such a hit that Final Fantasy X spawned the first direct sequel in the franchise – and some fans are still hoping for another one. Regardless of what the future holds, the past is clear: Final Fantasy X is a landmark RPG, and we had the opportunity to talk to its producer, Yoshinori Kitase, to get some behind-the-scenes insight about this classic. 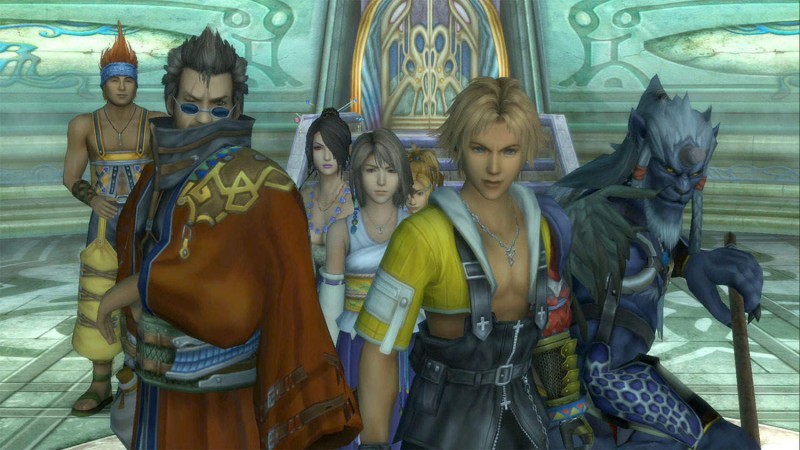 In the early phases of the Final Fantasy X project, what were the goals that guided the team?
Yoshinori Kitase: Since each installment from Final Fantasy VII, Final Fantasy VIII and on were depicting an increasingly Western and futuristic world, [Kazushige] Nojima, our scenario-writer, suggested for us to illustrate a world that had a stronger Asian flavor with our new title. The idea to create a fantasy world based on cultures and customs familiar to us felt really new at the time, and I do believe that we succeeded in doing so.

Final Fantasy X was the series’ first entry on PS2, which made voice acting possible. How did that change your approach to creating the game?
Up until that point, the dialogues that the scenario writer created were implemented straight into the game. However, with the addition of voice recording, voice actors and their own creativity were also added into the mix. Their acting brought adjustments and improvements to the dialogue, making the characters livelier than ever before. That chemistry was a welcoming surprise to us, as we did not anticipate for it to happen at the time.

The “laughing scene” has become an infamous part of the game. How did you feel about players’ reaction to it?
Even in the real world, actions taken by two people in a budding romance are generally embarrassing memories when you look back on them. I believe that this scene depicts that mental state very well. This scene of course is still made fun of by fans, but I imagine that it is because it greatly touched “something” in everyone’s heart for it to be such a memorable scene even after 18 years.

Before the game released, did you think that Blitzball would be a divisive part of the experience?
No, we did not imagine this reaction. Blitzball was something that I pretty much created on my own (half of it was for my own enjoyment as well). This was because we originally did not plan for it to be something that was necessary to play in order to progress the story, but to keep it as an optional feature (where only the players that wanted to play would take a detour and play, like the secret minigame “15 Puzzle” in the original Final Fantasy). However, Blitzball eventually became a mandatory route for the story, and the game was changed so that you needed to play Blitzball to obtain a powerful weapon. I do feel sorry to have made some fans suffer because of this, but it would be appreciated if you can regard it as a characteristic of games from that era.

Do you regret how difficult the lightning-dodging and chocobo-racing minigames were for players hoping to get the ultimate weapons? Were you able to complete them yourself?
The developers in charge of those minigames did of course clear them. I personally cleared the lightning-dodge, but… (cough, cough). As a game from that era, I don’t regret it. But, for example, if I were to recreate it today, I might think through them a little more.

Can you think of anything that ended up cut that you still wish could have been included in the final game?
The original plotline had you play the opening Zanarkand scene for much longer. If we had gone with this plan, you may have experienced a world slightly similar to Final Fantasy VII a bit more before getting sent to Spira.

Final Fantasy X has a vein of sadness running through it, with a lot of destruction and loss. Were you ever concerned during development that the story would be too heavy?
We did not imagine how strongly the emotions of the story would reach our fans, with the implementation of full 3D graphics and voices for the characters. It was also the first time that I shed tears with my own game during development. At the same time, I had the feeling that games were evolving as a media to tell stories and dramas, so I was not worried at all.

Do you think Jecht and Tidus got along any better on the Farplane?
Since a father can also be seen as a rival figure for young boys, they were probably still the same even in the Farplane. 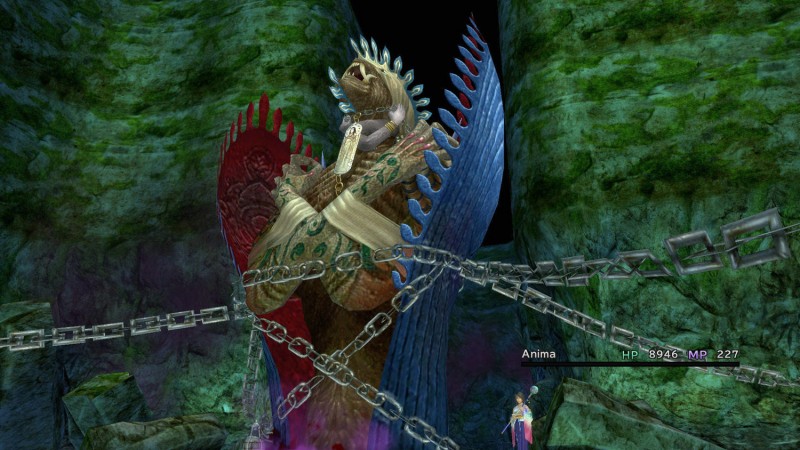 Do you ever look back in amazement on how quickly the Final Fantasy games released? Between 1999 and 2003, a new Final Fantasy came out each year (VIII, XI, X, XI, and X-2). How did that happen?
Yes. I truly am surprised that we finished developing a game in one year with a team of less than 100 people. It is most likely impossible to shorten the development time of any games at the same volume as Final Fantasy that much nowadays, no matter how many people you place on that project. It is a production flow that we can no longer return to as we now create 3D CG games, which utilize a production process that is as massive and sophisticated as film production. As such, we need much more time during the early designing phases of the project. Back then, there were times when we started to develop when we hadn’t even fully fleshed out the game design. For instance, the scenario for the world after the catastrophe in Final Fantasy VI was not ready even when we had already progressed quite a bit into the development of the game.

Without committing to anything officially, how much excitement or discussion is present internally at Square Enix regarding a possible Final Fantasy X-3?
The idea comes up from time to time when a few close people that had worked on the original Final Fantasy X talk with each other. However, it is merely standard chitchat and there have been no movements to realize it because, once the project begins, there is no doubt that it would become a massive project with hundreds of staff working on it (and I have an ongoing project that I need to finish before then!).

Yoshinori Kitase is currently the producer on Final Fantasy VII Remake. That game recently won Best of Show from the E3 2019 Game Critics Awards, and you can read our hands-on impressions from the show.

Final Fantasy X/X-2 Remaster released on Switch and Xbox One this year, and is also available on PlayStation 4, PlayStation 3, Vita, and PC. Read our review here.

This article originally appeared in issue 315 of Game Informer.