K/DA Is Coming To League Of Legends, Legends Of Runeterra, And Teamfight Tactics With New Gear 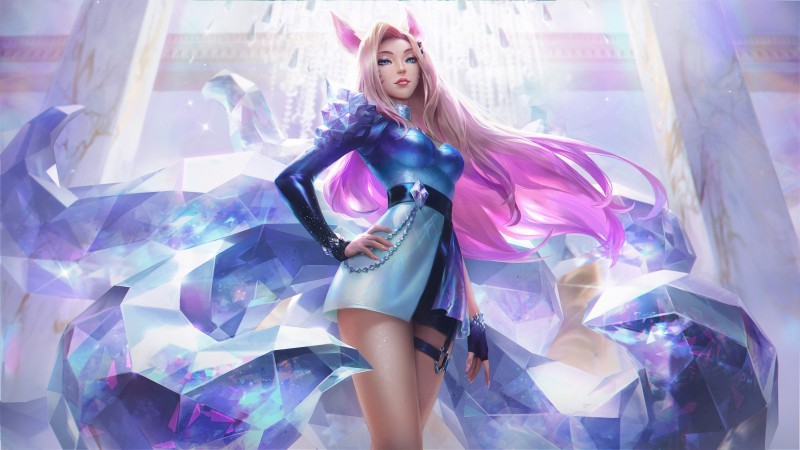 K/DA is the digital K-pop band from Riot Games and with their full EP dropping later this year, this group is taking over several Riot properties including League of Legends, Legends of Runeterra, and Teamfight Tactics. With new skins to bring that pop flavor into the gaming world, here’s what K/DA fans can look forward to.

The new K/DA skinlines arrive on October 29 and will include skins for League, personalization items for Runeterra and Teamfight Tactics, and a few other surprises before the All Out EP arrives on November 6.

K/DA in League of Legends:

K/DA in Legends of Runeterra:

K/DA first made their debut with the song POP/STARS during the League Worlds back in 2018 and while only a few songs have been heard from the group, a full album is on the way for more K-pop goodness. With their August 2020 return came a new song called The Baddest, a new wave of music arrives next month.

Are you excited about the K/DA takeover? What other ways would you like to see this digital group take over the gaming world? Sound off with your thoughts in the comment section below!

Cuphead Dev: Making A Zelda Game Would Be ‘A Dream Come True’