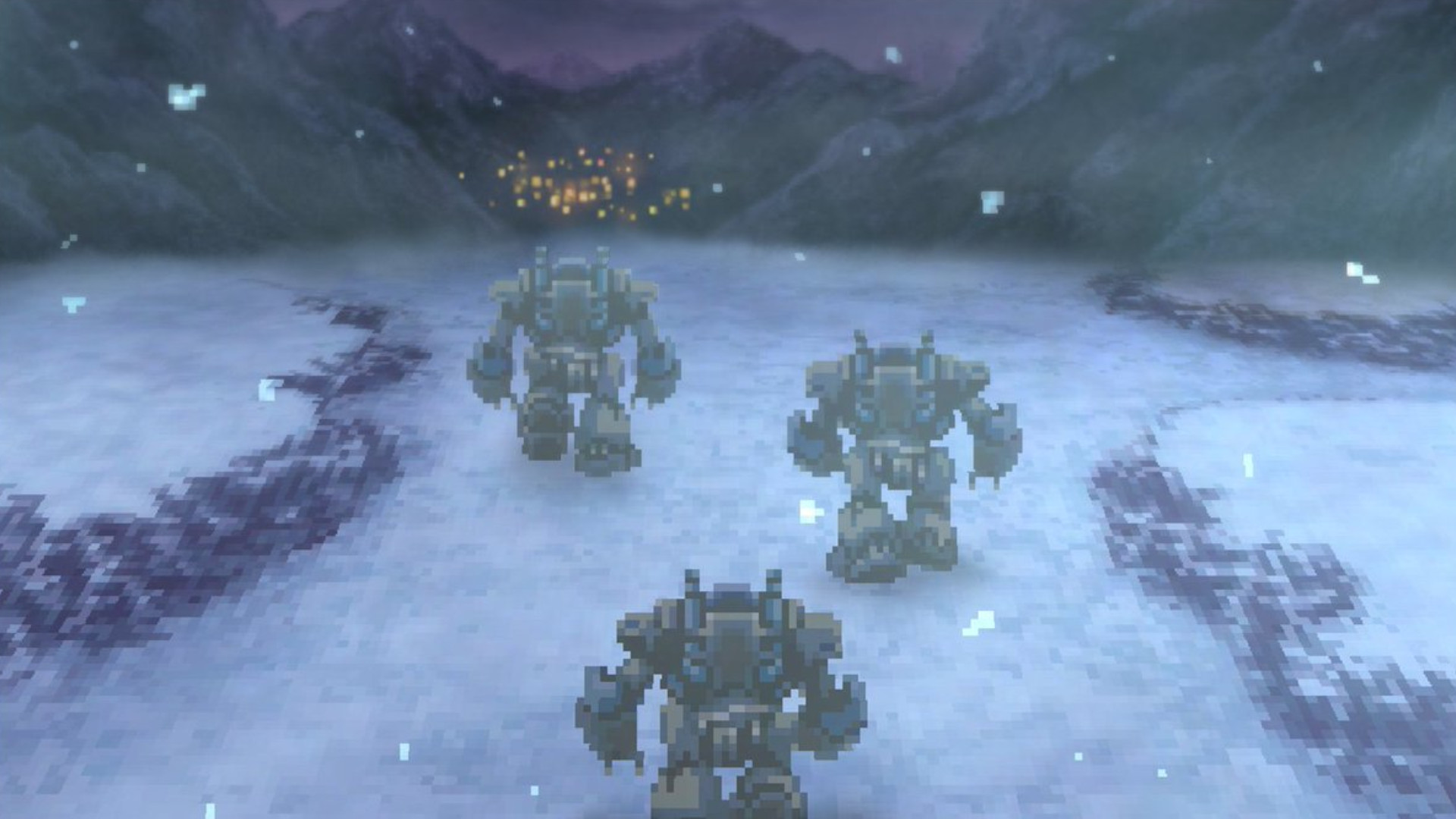 The Final Fantasy Pixel Remaster series continues, even with a delay to the update for the beloved Final Fantasy VI. The devs are eager to share a bit of what you can expect, though, and have revealed the first official screenshot of Final Fantasy VI Pixel Remaster. Technically you might’ve seen this image before, but either way it’s looking like there’s going to be a much bigger visual overhaul for this entry in the series.

The image comes from Final Fantasy VI’s opening, where a group of magitek mechs trudge through the snow toward a mountain village. The shot is framed completely differently than it is in the original – the mechs are placed differently in the scene, the vista in the background appears entirely redrawn, and there looks to be a subtle fog effect that’s definitely new.

This same screenshot was included in a recent issue of Japanese gaming magazine Famitsu, alongside an image of the FFVI’s iconic opera scene. The stage there appears to have gotten an even heavier facelift, with fully 3D background effects that give the game a vibe similar to Square Enix’s own Octopath Traveler.