The first big update for Marvel Ultimate Alliance: The Black Order arrives on August 30 (and it’s free). The most significant addition is new characters: Colossus and Cyclops are joining the roster as playable heroes. They were already featured in the story, just as background players. You’ll now get to play as them and level them up.

Three other heroes are also getting new costumes. Spider-Man can change into his popular symbiote suit (which didn’t even make it into Insomniac’s Spider-Man game), the Hulk can rage in the Planet Hulk armor, and Captain Marvel puts on a mask in her Ms. Marvel attire.

More characters and costumes are on the way in the future, including the addition of the Fantastic Four. 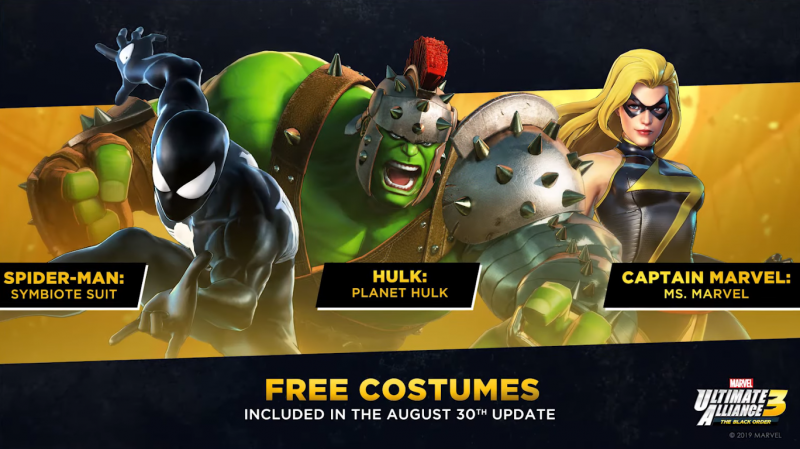