The original Borderlands has one of the most iconic box arts in recent memory. The imagery of one of the game’s psycho enemies pointing a finger gun at themselves, and the metaphorical blood splatter on the other side of his head depicting a scene from wastelands was an inspired move back in 2009. The sequel followed suit with a psycho pointing two finger guns at themselves and showing two blood splatter scenes. But where do you go from there?

At this year’s Sand Diego Comic-Con, Gearbox gave us a glimpse of all the directions they tried to go before settling on the one inspired by paintings of the Sacred Heart of Jesus Christ. They have a “Museum of Mayhem” on the SDCC floor, displaying various box art concepts of the game, among other exhibits.

Resetera user vestan was able to snap some images of lots of the potential key and box art for Borderlands 3, some of which (like the one parodying Miley Ray Cyrus’ “Wrecking Ball” video) eventually saw use elsewhere. 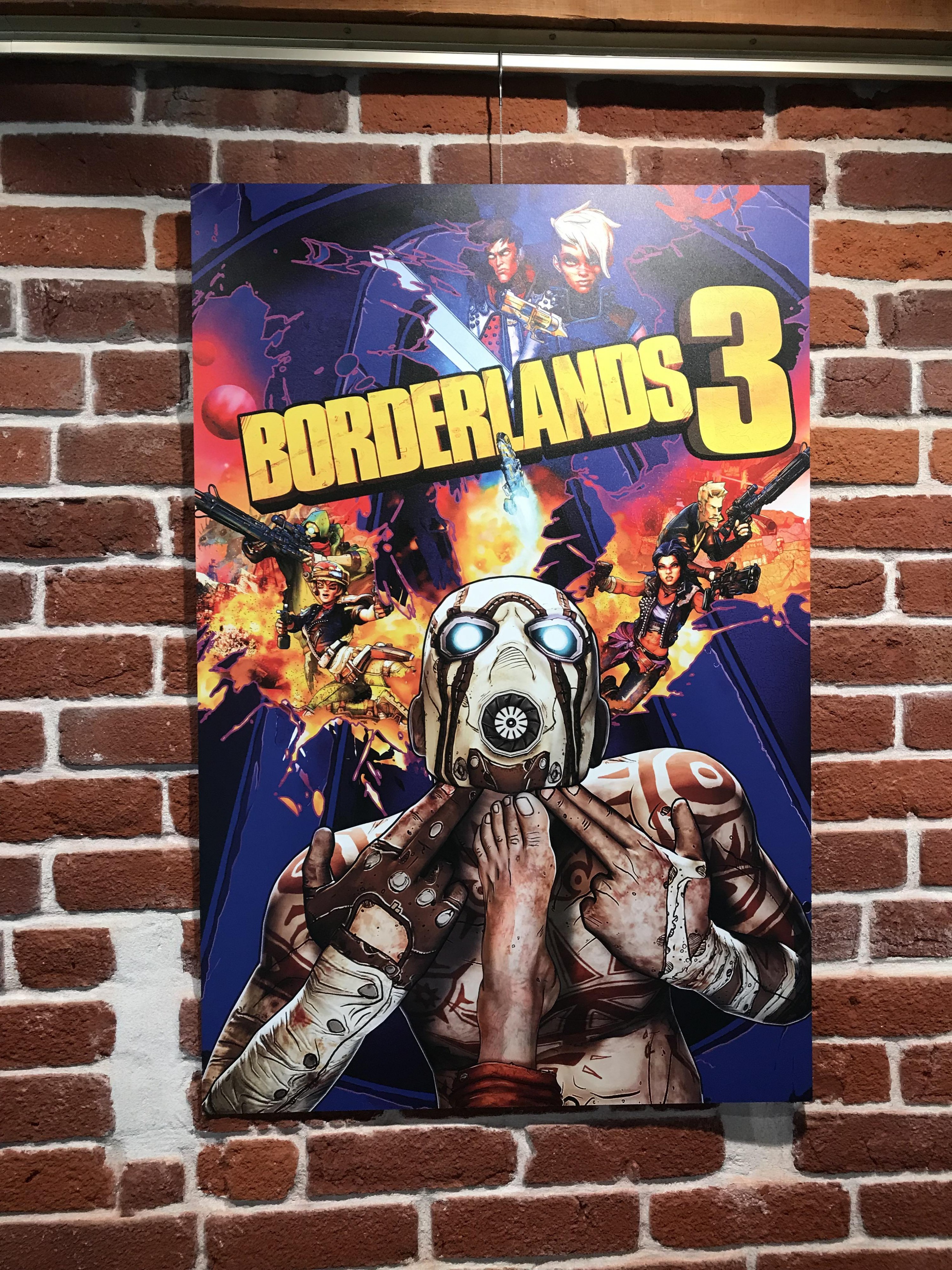 Of course, there’s one of a psycho with two hands and one foot point at themselves, which, if we’re being honest, is better than the official box art we have now, though it’s not exactly the three-handed psycho box art we’ve been told about before. Check out vestan’s post for several more concepts.

Borderlands 3 launches September 13 for PS4, Xbox One, and PC.