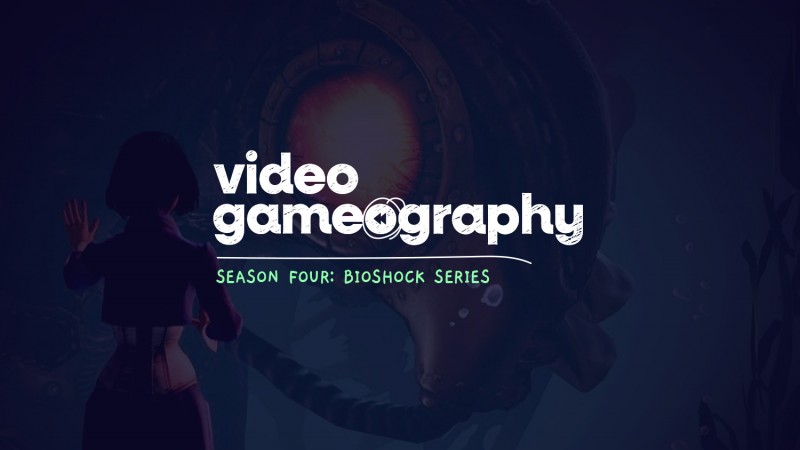 Now that Season 3 of Video Gameography is complete, and the Uncharted series has been, well…charted, we’re diving below the depths and soaring above the clouds to spotlight the Bioshock series in Season 4. This week we welcome our guest Bryan Vore back on the show as we take to the skies and explore the last game in this unfortunately short trilogy, Bioshock Infinite.

Bioshock Infinite started pre-production around the same time as Bioshock 2, but while 2K Marin was exploring the depths of the seas once again, Ken Levine and his team at 2K Boston/Irrational Games had their heads in the clouds. Focusing on American exceptionalism, Bioshock Infinite introduces players to the floating city of Columbia, an engineering feat inspired by the World’s Fair attractions of yesteryear. We discuss the troubling development that miraculously came together late in the process as well as the main characters, Booker DeWitt and Bioshock’s first constant companion in Elizabeth. And listen until the end as we reveal what’s in store for the next season of Video Gameography!

If you’d like to get in touch with the Video Gameography podcast, you can email us at podcast@gameinformer.com. You can also join our official Game Informer Discord server by linking your Discord account to your Twitch account and subscribing to the Game Informer Twitch channel. From there, find the Video Gameography channel under “Community Spaces.”

Soapbox: I Might Be Too Messy To Enjoy Disney Dreamlight Valley Properly

Microsoft is Metacritic’s best publisher of the year