Evil Genius 2 Hopes To Bring Out Your Inner Bond Villain 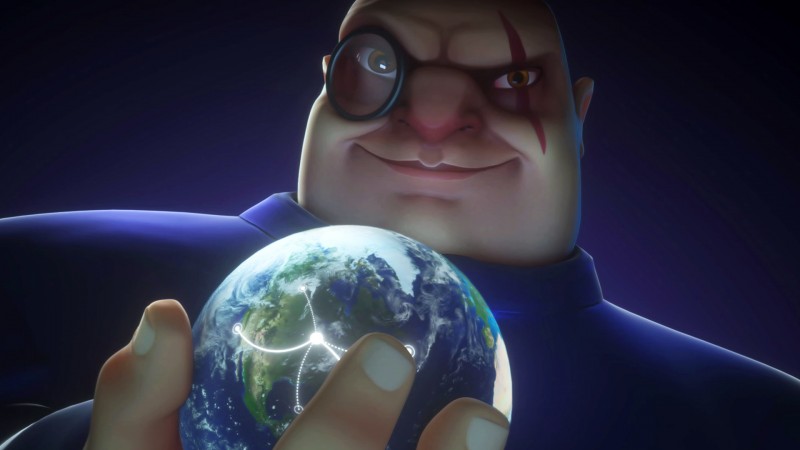 So many games put you in the shoes of a brave hero attempting to infiltrate an maniacal mastermind’s secret base. Evil Genius 2: World Domination turns the tables, putting you in control of your very own criminal overlord. In this role, you build a base, hire and train minions, and lay out traps in hopes to make your lair impenetrable en route to taking over the planet.

Before you can do that, you need to select from one of four evil geniuses to play as. Right now, Rebellion is only talking about two of them: Maximilian, the star of the first game, and Red Ivan, the explosive henchman from the series’ debut. Maximilian is an all-around style of play, while Red Ivan goes by the motto of “might is right” and has an unhealthy love of explosives. 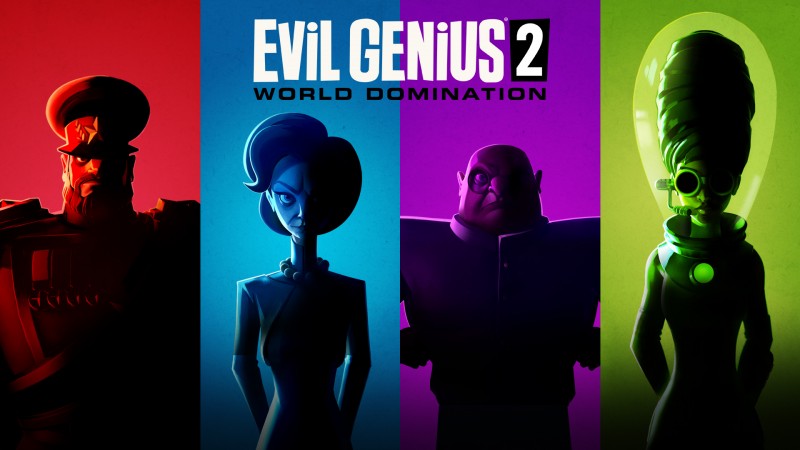 Once you choose the right genius for the job, and the island you want to base your operations out of, it’s time to set up your lair. Each lair starts with a front – something to put on a friendly face and put in the minimal effort to try to look like a legitimate business. In my demo, the front is a resort-casino. Once you get that out of the way, it’s time to get to work constructing the heart of your lair.

As you build your hallways and rooms, you can build training facilities for your minions, as well as various specialty rooms that can bolster your defenses. Want to make your minions stronger? Build a super serum room. Want to ensure that any potentially dangerous inspectors return an “all-clear” report to their superiors? Maybe a brainwashing station is the right call. You can even build video game stations and barracks to improve minion morale. Minions are split into three classes, which affect their attributes and effectiveness in certain situations: science, muscle, and deception. 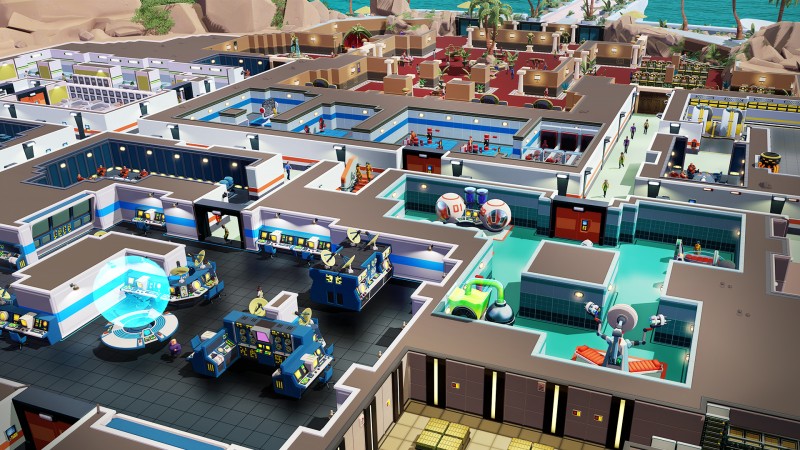 In addition to minions, you also have stronger, named characters that serve as your henchmen. The first henchman we know about is Eli Barracuda Jr. These characters are better at facing off against super spies that infiltrate your base, and they’re the only characters you can give direct orders to outside of your evil genius.

Before the Forces of Justice find out what you’ve been up to, it’s a good idea to not only train your minions and henchmen, but also set up trap networks. While some traps are fine on their own, linking various traps together makes sure the nimble spies that enter your lair are in for a real challenge. In my demo, the trap network consists of a narrow hallway with a giant fan at the end. Once the spy enters it, the giant fan activates and a laser grid turns on. The agent is blown through the laser grid, stunning them as they reach the end of the hallway. They think that’s all that’s going to happen, when suddenly the floor opens up and they fall into a shark tank. Countermeasures like this network are crucial to maintaining your lair and preventing the Forces of Justice from foiling your evil plans.

The Forces of Justice are just as diverse as your minions, however, consisting of soldiers, saboteurs, and super agents. While making sure your henchmen are around to deal with any pesky super agents is a good idea, it’s an even better idea to diversify your traps to deal with any threats. Thankfully, Evil Genius 2 gives you plenty of trap options with which to find the best combination. From the aforementioned laser grid and shark tanks to a pinball device and a perfectly named Venus Spy Trap, you have plenty of ways to catch a secret agent.

While defending your base is important, the ultimate goal is the subtitle of the game: world domination. To accomplish this, you can participate in various objectives, with potentially hundreds to choose from. Some of these wacky objectives include destroying the Forces of Justice, selling the British royal family, kidnapping the governor of Maine, or literally baking Alaska. 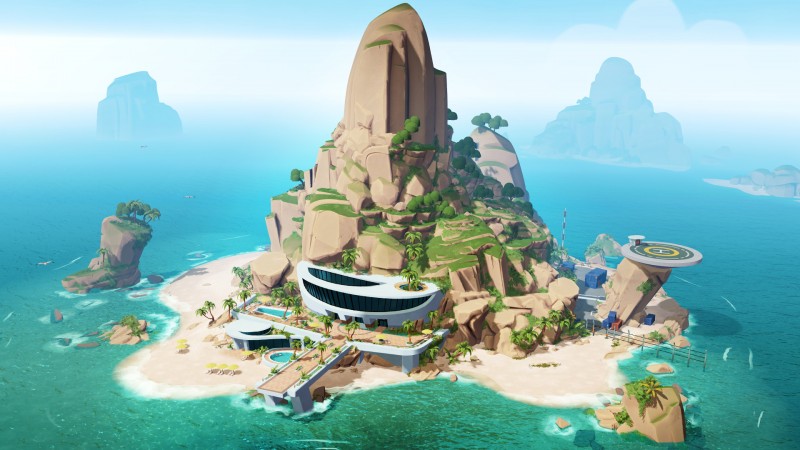 However, if your evil genius dies, it’s game over and your campaign run comes to a sad, anticlimactic end. Thankfully, with so many customization options and objectives to choose from, the next campaign attempt should be just as lively as the first. I love the oddball humor Evil Genius 2 looks to bring to the table, and the wacky customization options has my mind churning out potential trap networks and layouts of my lair long before the game even releases. Evil Genius 2: World Domination launches on PC sometime in 2020.

Nintendo is closing down the Wii U & 3DS eShops for 42 Latin America & Caribbean countries on July 31st, 2020

The AI that banned 20,000 CS:GO players is getting taught how to ban better