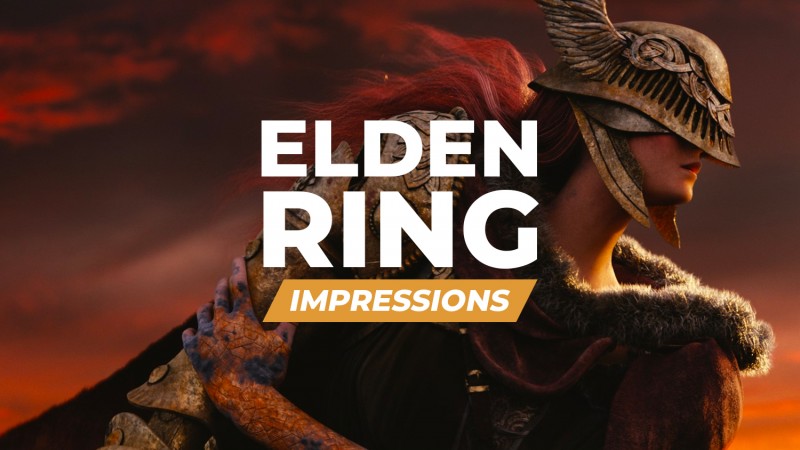 We had an opportunity to see a short video of new Elden Ring footage, featuring about 15 minutes of gameplay. In this video, we got some deeper dives and clarification into some of the game’s mechanics and features. Of note, we got a look a the game’s first legacy dungeon, how the map system and fast travel work, open-world exploration, and even a quick response to whether or not the legendary Moonlight Greatsword would make an appearance. So if you’re looking for more on what to expect from Elden Ring, this is absolutely the right place!

Join Daniel Tack and Alex Stadnik as they break down the E3 Elden Ring Trailer – with the new knowledge gleaned from this new video session. A lot of mysteries have been answered since that first trailer was shown, and you can be sure that From Software will hold all the really serious reveals until release. And we wouldn’t want it any other way, the journey going through From Software’s epic action RPGs is one that should never be spoiled. However, a fresh look at some top-level mechanics and features is something that can’t hurt to be armed with going into battle. In this video feature, we break down things that have already been seen – in a whole new light. Come join us!

Elden Ring takes aspects of all of the previous Souls titles, Bloodborne, and even Sekiro, and turns them into something special inside a huge open world. Not to get too far away from its roots, core dungeon crawling is still very much a part of the experience, with a vast area to explore outside of the carefully curated looping levels. Explore with up to two other players, as well as a retinue of summonable spirits and your loyal spirit steed.

What do you think about Elden Ring?

The Batmobile, K.I.T.T., And Other Famous Cars Roll Into Hot Wheels Unleashed

The Two Worlds of Black Desert Combine on Console