It’s halfway through my first season as manager of the club in PES 2020’s Master League franchise mode and everything is going swimmingly – we’re top of the league and leaders of our group in the European cup. At the beginning of the season I made a promise to our board that we could win both competitions, and we are well on our way.

Then, towards the end of the January transfer window, Paris Saint-Germain swoop in and pay the release clause of one of my best players. I hurriedly propose a new contract to him in the hopes of rebuffing the poachers, but his head has already been turned and he’s out the door. Our domestic and continental campaigns continue nonetheless, but the loss of our star particularly hurts because I hadn’t arranged a suitable replacement.

This is one of the scenarios in the mode, along with choosing season objectives and press conference answers, that plays out in new cutscenes without spoken dialog. The intrinsic value of something enigmatic like the pressure of an upcoming derby or the team selection is hard to measure, but it captures a hard-to-quantify quality that this often-sterile mode has lacked. Similarly, it’s nice to finally see realistic transfer amounts although the A.I. still doesn’t know how to manage rosters during the transfer windows. This is emblematic of the title as a whole, a game whose charms and flaws are both apparent.

PES 2020’s gameplay changes can also be very noticeable (I play on Top Player difficulty) even if they don’t seem monumental on paper. Players’ physicality gives gameplay a measure of grit; even if a defender is in a good position they can be held off so a shot or pass can be completed. This, along with defense in general requiring more discerning timing, introduces tension and excitement around the box. Fouls still aren’t consistently fair and collision sometimes fails, but I like the defending overall.

Timing is also important in passing and shooting, creating windows that separate the delicious from the merely ambitious. Some players have an inspire rating that causes teammates to make runs because they know your player has the ability to get them the ball – that’s if you pick your head up and see their movement. There’s also a difference between getting your body correctly set up to put the ball accurately on net and just swinging your leg at it and sending it into the stands. A less-than-ideal pass or one to the wrong teammate may slow your counterattack just enough to let the opposition gather its forces. Your striker may snatch at a chance that would have been a sure goal if you just took an extra second to get composed.

Relative to gameplay and Master League, PES 2020’s online and MyClub aspects stand out less. Fantasy collection mode MyClub is still generous in how it gives fans starting out a chance at acquiring decent players, and I anticipate the title’s post-launch outlay of agents and ways of accumulating GP, the in-game currency, to be the same as last year. Overall, online play is still at the mercy of players’ connection, Konami’s infrastructure, and the limited matchmaking model – which is to say it’s not very different – but at least you can see your opponent’s connection strength before diving into a match.

PES 2020’s small details create moments that bring into focus the fine margins that determine the results of many soccer games. When compared to the game’s similarities to last year it seems like minutia, but these are the things that elevate it from previous efforts and make PES 2020 look and feel correct. It’s a better game, even if it’s not evolved in every way. It’s like when a manager expresses how pleased they are of the team after a draw: You know they wanted the outright win, but they are also satisfied with the team’s overall performance. PES 2020 can be a familiar experience, but that shouldn’t blind you to its finer moments. 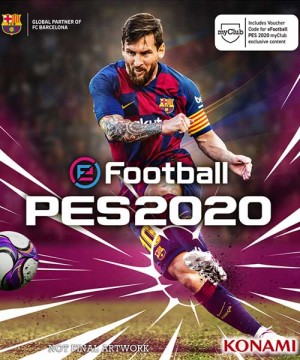 Summary: Konami’s latest entry in the soccer series adds more official licenses and drama to its Master League mode, but it’s the action on the pitch where the game makes its mark.

Concept: Add small but noticeable touches to mainly gameplay and the Master League mode to create an experience that is both familiar and new

Graphics: The Master League cutscenes show both how good the models are but also how hard it is to capture realistic facial expressions

Sound: The crowd swells, but it doesn’t add to the overall matchday atmosphere. There needs to be more vocal away support and back-and-forth between supporters

Playability: The new way of controlling the ball with just the right analog is simple and useful

Entertainment: PES 2020 creates a vibrant drama on and off the pitch through small details that can make a big difference

Atlas – The Maelstrom Map Now Available on Xbox One

A Deep Dive into the World of Metamorphosis