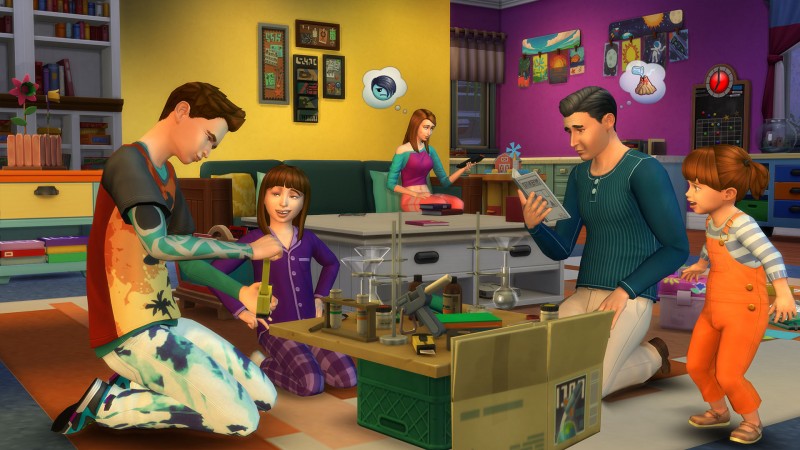 It wasn’t really that long ago when EA CEO John Riccitiello stood on the Nintendo E3 stage in 2011 and announced an unprecedented partnership with the hardware manufacturer for their upcoming Wii U. At the time, the Wii was closing in on 100 million units sold and it only made sense to cozy up to Nintendo, but it wasn’t long until that partnership collapsed, leaving EA shy to ever support Nintendo consoles again. Despite a CEO change for EA and a massive fortune change for Nintendo, EA is still as hesitant as ever, and have explained why they don’t expect that to change.

During an earnings call this week, an investor asked a fairly obvious question: Why isn’t The Sims, a game with largely casual appeal, on the Switch when it is on other consoles?

“Any time we’re evaluating platform conversations, we are really looking at a couple of things. One, does the game really fit the profile of that platform in terms of the control or the community ecosystem?” CEO Andrew Wilson asked rhetorically. “Two, do we think the community playing on that platform would appreciate the game to go there? Or would they prefer to play it somewhere else?”

Wilson cited internal data that, by and large, Switch owners also own PlayStation 4s, Xbox Ones, and PCs. The argument , then, is whether a Switch owner would buy a game when it’s also available on PS4? According to Wilson, no, a point which is somewhat bolstered by sales of the EA games like FIFA or the indie game Fe, though both those titles have received a lot of criticism for the quality of their ports on the Switch.

Basically, don’t expect EA’s tune on the Switch, or Nintendo consoles in general, to change anytime in the near future.