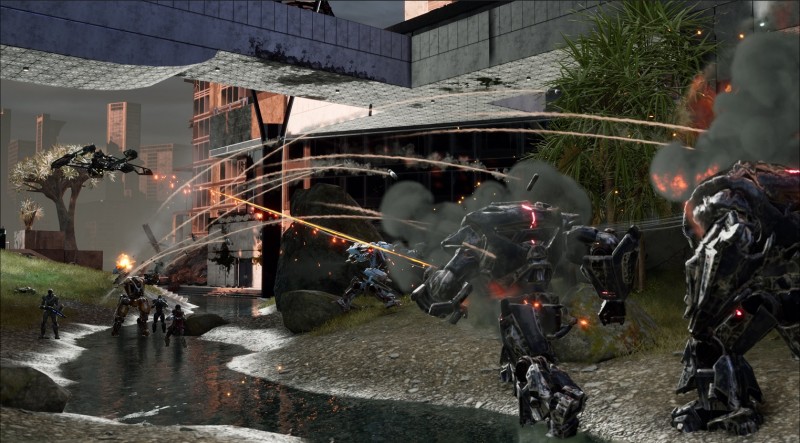 V1 Interactive has announced a June 16 release date for Disintegration, a futuristic, sci-fi shooter that incorporates real-time strategy elements in unique ways. The game comes from a 30-person studio founded by Marcus Lehto, the co-creator of the Halo franchise and Master Chief.

The gameplay of Disintegration centers on Gravcycles, hovering vehicles that allow you to view the battlefield from above so you can direct your minions and troops, but also take matters into your own hands with a full arsenal of weapons and abilities. While the beta many people played earlier this year took place entirely on the multiplayer side, Disintegration also features a full, story-rich single-player campaign where you assume the role of a Romer Shoal as he leads a resistance against the Rayonne.

To learn more about the story and world, you can read our impressions and interview with Lehto here, and watch the trailer below.

Disintegration launches on June 16 for PlayStation 4, Xbox One, and PC.

PS5 Breaks US Sales Record, Call Of Duty Returns To The Top As Best-Selling Game