In a living game like Destiny 2, it’s almost impossible to separate the content of an expansion from the changes to the core game that accompany release. In the case of Shadowkeep, the distinction is especially hazy. In terms of new content available during the first week, Bungie’s latest launch is comparatively modest in scope. It is focused mostly on enemies and locations that have been reimagined from earlier Destiny releases, and a story that does more to set the stage for the future than tell a meaningful plot on its own. This is still a strong release on its own merits, but the broader reworking of fundamental systems, presentation, and investment gameplay is profound, and sets the franchise on its best footing yet for a promising future.

After a long absence, one of Destiny’s most enjoyable characters makes a return in Shadowkeep. Eris Morn’s plaintive and foreboding pronouncements are a good fit for the story, which sees our Guardian facing down nightmarish specters of the bosses we’ve fought for the last five years. The biggest treat is a return to the excellent Moon destination from the original game, now transformed by further cataclysmic upheaval. It’s fascinating to explore what has changed and what has stayed the same, even if it ultimately means that the “new” destination is mostly a rehash of somewhere we’ve already been.

The campaign includes several riveting missions, but ends anticlimactically. Though it sets the stakes for future years of drama, it’s disappointing to have so much build-up and so little payoff. Even so, convincing narrative threads meld into a tapestry that loops in the Hive, the Vex, and the long-hinted menace of the Darkness.

New nightmare hunts offer an escalating series of compelling battles, and the Vex offensive is an entertaining (but repetitive) new matchmade six-person event that includes some especially flashy firefights. I’m happy to see a couple of solid new strikes enter rotation, and the three additional PvP maps are always welcome, even if two of them are just the return of old favorites. New rotating PvP modes promise variety, and there’s now greater flexibility to select the specific game mode you want to play, which is a welcome change. I’ve come to expect a new raid to provide one of the most riveting sets of encounters available in FPS gaming, and that streak remains unbroken with Garden of Salvation, a rollicking crusade into the arcane mysteries of the Vex, demanding precision timing and ceaseless teamwork.

More than ever before, Shadowkeep moves Destiny squarely toward MMO and RPG conventions. A thoughtfully constructed armor system works in tandem with the new unlockable artifact to dramatically expand playstyle customization. That leads to distinct loadouts and armor sets that can be tinkered to fit given activities. Lore engagement is closer to the surface of the player experience, and that fiction continues to blossom with complexity and imagination. Your XP across the season leads to desirable designated rewards. Across the board, there are more opportunities for long-tail engagement and progression.

Perhaps most importantly, Shadowkeep doubles down on the strategy that led to success over the last year, with ever more weekly content drops that grow and expand your activities and the universe. Bungie has taken the idea of a living game world seriously, and it shows. A regularly updated schedule lets players know what to expect and when. My Guardians grow over time, and the world is changing alongside them.

Shadowkeep is a strong release, but frustrations crop up. With the additional customization features, currency and terminology bloat is a real problem. Many features or modes are poorly explained or without tutorial. Knowing which bounties, quests, challenges, or activities to focus on is difficult – a problem only exacerbated for new or returning players. Moreover, the fixation on bounties to progress means that players are often forced into undesirable playstyles, like using weapons or subclasses they don’t enjoy. Much of the older armor has been invalidated by the new offerings, and it’s a shame that so many memorable rewards have been left behind.

Shadowkeep and the new Season of the Undying content launches alongside Destiny 2’s free-to-play New Light, which welcomes an influx of players, but also comes with the commensurate focus on the in-game store, and cosmetic items that cost more than they should. That’s a trade-off that frustrates me, but the available free offering is stellar, and invites more players into a vibrant, and frequently helpful community of players. Many of those newcomers will undoubtedly take the deeper dive to buy and engage with the current season’s offerings, and that’s good news for everyone. With Shadowkeep, the Destiny series is well positioned in both narrative and gameplay frameworks for what lies ahead; the joy of seeing that shape come into focus is exactly why it’s worth logging in with each passing week. 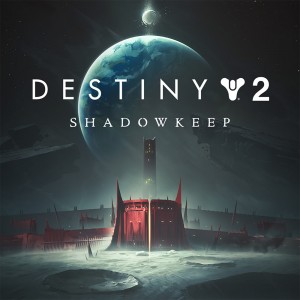 Summary: Bungie’s latest release is a good expansion on its own, but the way it sets the stage for the future of the Destiny franchise is its most impressive feat.

Concept: Return to the moon for new adventures, and witness the continued evolution of the Destiny franchise toward MMO styling

Graphics: From haunted corridors far beneath the lunar surface to teeming overgrown gardens, Bungie continues to meld fantasy inspirations into its sci-fi playground

Sound: The orchestral scoring remains among the best in gaming, while the exaggerated personas of the lead characters are voiced with pathos and emotion

Playability: Gunplay continues to set the industry standard. The game still needs to do a better job of guiding its players to needed information and tasks, especially over a shifting leveling curve

Entertainment: Not as expansive in initial scope as previous expansions, Shadowkeep’s standout feature is instead the way it redefines the core loop and encourages week-to-week investment

Game Infarcer: My Uncle Who Worked For Nintendo Got Promoted To Fortnite