Dead Cells: The Bad Seed Available Now on Xbox One

I’m really proud and humbled to be presenting our first DLC for Dead Cells, The Bad Seed. It’s two new early game levels and a new boss for you to play through. Anyway, I thought this would be a good chance to stop by and let you know what we’ve been up to over the last year and a bit since the game was released on Xbox One, as well as what we’re planning for the future.

It’s been a super busy year for us, in between doubling the size of the team and moving offices, we’ve also managed to push out four major updates and this DLC. Shipping all this new stuff is part of our continuing commitment to Dead Cells, you the players and making sure that we’re all super proud of the game that we work on.

I mentioned that we’ve doubled the size of the team and that’s important because what it actually means is that we created a second team. In fact it’s a whole new game company, called Evil Empire, comprised of ex-Motion Twin members and a bunch of new faces. Given that all the new content was produced entirely by a new team, who had to learn the ropes from scratch, we couldn’t be happier with the quality of the updates we’re pushing out, and we hope you are too (the RotG dumpster fire excluded, really sorry about that!).

That might leave you wondering what the original Motion Twin team is up to… Well, while we hold down the fort on Dead Cells, they’re busy working on prototypes for their next game. Right now it’s far too early in the piece to say exactly what it’s going to be, but there have been at least seven different ideas thrown around. Stay tuned and we’ll keep you posted.

As for Dead Cells we’ve got a stack more content lined up for the next few years including new levels and bosses, major system overhauls and a bunch of your suggestions that we’re always trying to take into account as we go. Anyway, as long as you’re all excited for more Dead Cells, we’re excited to keep building more.

Hope you’re as excited for 2020 as we are. Take care and have a great year! 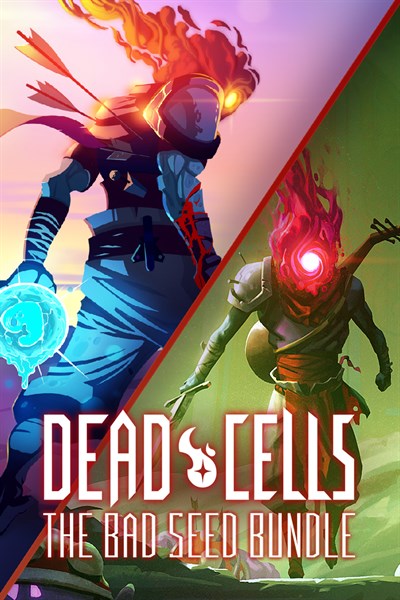 $21.59
Get it now
Explore a relaxing Arboretum, wade through a noxious Swamp and take on a new boss in this new early game content designed to expand the Dead Cells universe and add variety to runs for people who want to support the development of the game.

So you’ll be able to play through:
– The Dilapidated Arboretum: A relaxing and peaceful greenhouse inhabited by a peaceful clan of mushrooms, with an understandable desire to murder the Beheaded.
– The Morass of the Banished: A noxious environment ruled by a band of tree dwelling mutants with pointy sticks, sneaky dart shooting frogmen and a bunch of deadly bloodsuckers.
– The Nest: Domain of Mama Tick, if you’ve seen Starship Troopers, you get the idea…

The two new levels and their monsters are alternatives to Promenade of the Condemned/Toxic Sewers and Ramparts/Ossuary/Ancient Sewers, with the boss designed to be on par with The Concierge, so hopefully it’ll spice up your early game runs once you’ve played through the core game.

We’ve been releasing free updates for Dead Cells for over a year now, this paid DLC is designed to support that effort, allow us to expand the game even more and ensure that Motion Twin have the time they need to make their next game one they’ll be proud of and you’ll be stoked to play.

As usual we’re going to do this right, so if you’re not happy with the cost of the DLC, the quality of the update or have suggestions, ideas for other ways of continuing to pay for the team or anything at all, leave us a review, or come and ask us directly via Reddit or Discord.